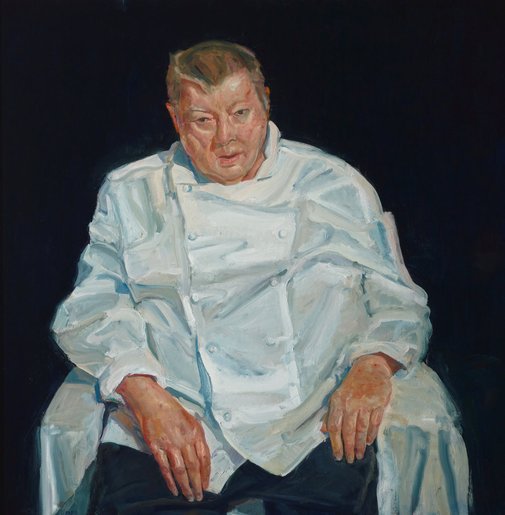 Congratulations to Peter Wegner who has been announced as a Finalist in the 2020 Archibald Prize.

He says, ‘Graeme is an accomplished artist, published poet and songwriter who identifies as an outsider artist living with schizophrenia. He’s also been involved as a long-term advocate for mental health. He’s still active in his own practice as an artist. Graeme and I met at art school in 1982 and over the years one painting turned into another until now hundreds of paintings and drawings exist of Graeme in our 35-year collaboration and friendship. In this painting I’ve given Graeme an imagined identity. I was also influenced by Hugh Ramsay’s Self-portrait in white jacket 1901–02, a painting I greatly admire.’

Born in New Zealand in 1953, Wegner arrived in Australia in 1957. He and Doyle studied at Phillip Institute of Technology (now RMIT) in Melbourne. He also has a Master of Fine Art from Monash University.

Established by JF Archibald in 1921, the Archibald Prize is awarded annually to the best portrait, ‘preferentially of some man or woman distinguished in art, letters, science or politics, painted by any artist resident in Australasia.’ Archibald’s aim was to foster portraiture as well as support artists and perpetuate the memory of great Australians. This open competition is judged by the trustees of the Art Gallery of New South Wales. Finalists are displayed in an exhibition at the Gallery. Although it is a non-acquisitive prize, several of the entries are now part of the Gallery’s collection.