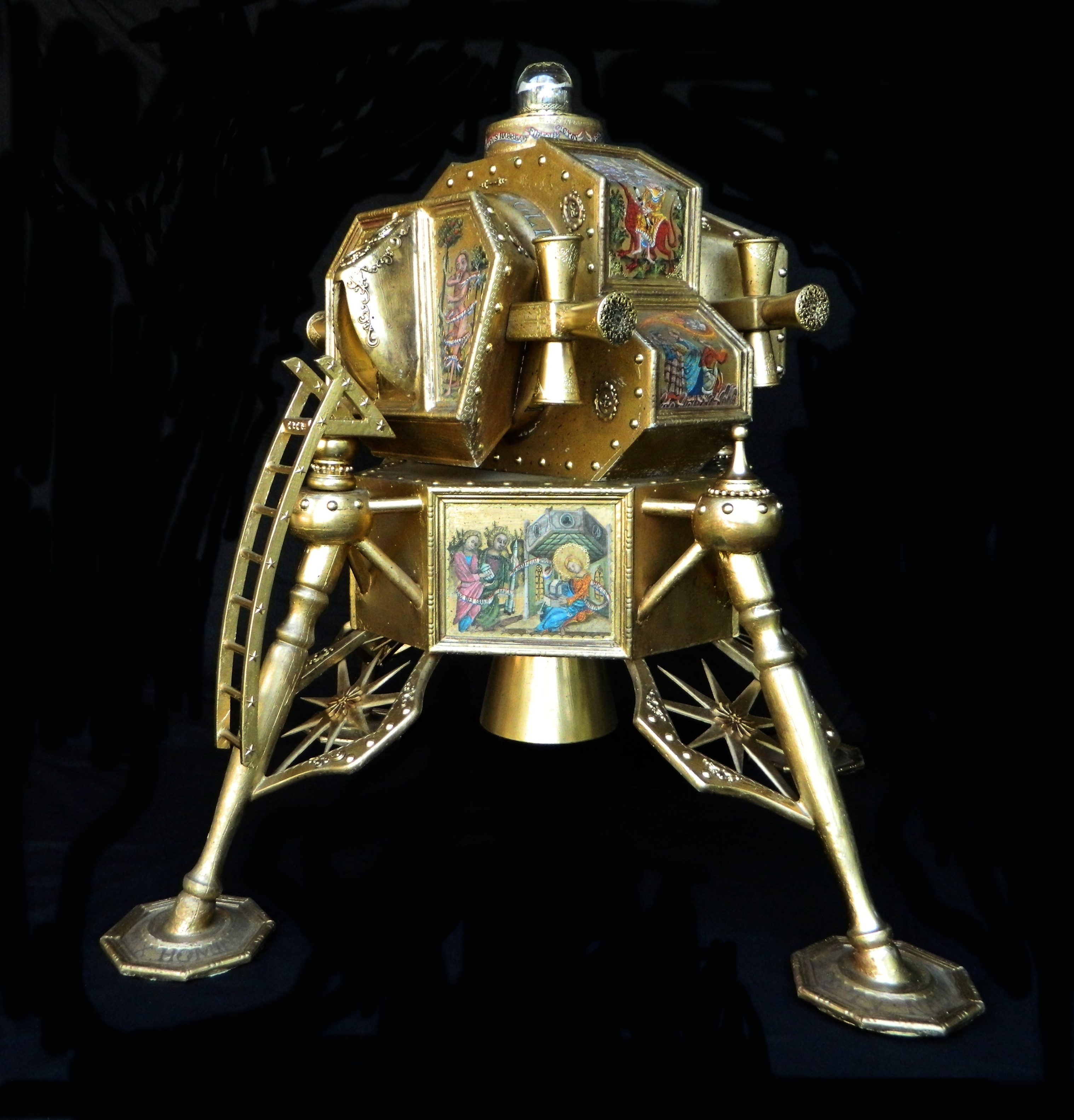 SPACE: 50 years since man first stepped on the moon

The upcoming exhibition ‘Space’ curated by Simon Gregg at Gippsland Art Gallery celebrates the 50th anniversary of the first time man stepped on the moon and features Dale Cox‘s brilliant sculpture ‘Cold War Reliquary’ (2016). This major exhibition explores the romance of space through visual culture, bringing art and science together in a celebration of the fascination humans have always shared of the stars, planets and the night sky. The works in this exhibition spans the furthest reaches of the human imagination to the reality of space travel. Original photographs from NASA of the moon landing take pride of place, together with works from contemporary artists who respond to the romance and unknown of space.

With works from over fifteen artists; together with astronaut’s photographs and space hardware, this engaging and timely exhibition will make you feel part of the global celebration of man’s explorations in space. Each piece will help build a comprehensive understanding of our cultural fixation with space through art.

This exhibition opens on the anniversary date, Friday 19 July at 6pm at Gippsland Art Gallery.

To view more information on the exhibition and the full list of included artists visit:

“My sculpture is a vessel – a craft, a portal, a reliquary. Like many Religious objects its serves as a nexus, a transport between Earth and Heaven. The Apollo Lunar Module carried the first Human to the Moon landing on July 20 1969. I was 3 months old. Russia had landed an unmanned craft safely on the moon ten years earlier. The ‘Space Race’ was chiefly an assertion of Ideological superiority between Communism and Capitalism, and the most symbolic battlefield of the ‘Cold War’.

I have long thought of mans forays into space as a kind of membrane piercing journey into the Spiritual- the body released of its Earthly mass and transcended into the Heavens. This reliquary for the precious moon rock it houses within a glass dome, elevates a Mechanical Machine to the status of a Religious Relic and playfully parodies and challenges the Christian Church.

The essential role of Science as the facilitator of Space Exploration is significant, and as such the Spacecraft itself is venerated here as a Religious object. The use of Quasi Religious painted panels directly references early Christian Art, whilst most of the Latin Inscriptions are direct translations of NASA Radio Transcripts between (Earth) Base Command and the Astronauts during the critical stages of the Moon landing, and the first historic moments upon landing. Buzz Aldrins remark as he first set foot on the moon was “Beautiful, beautiful. Magnificent desolation” – in Latin Magnificus in desertum.“ 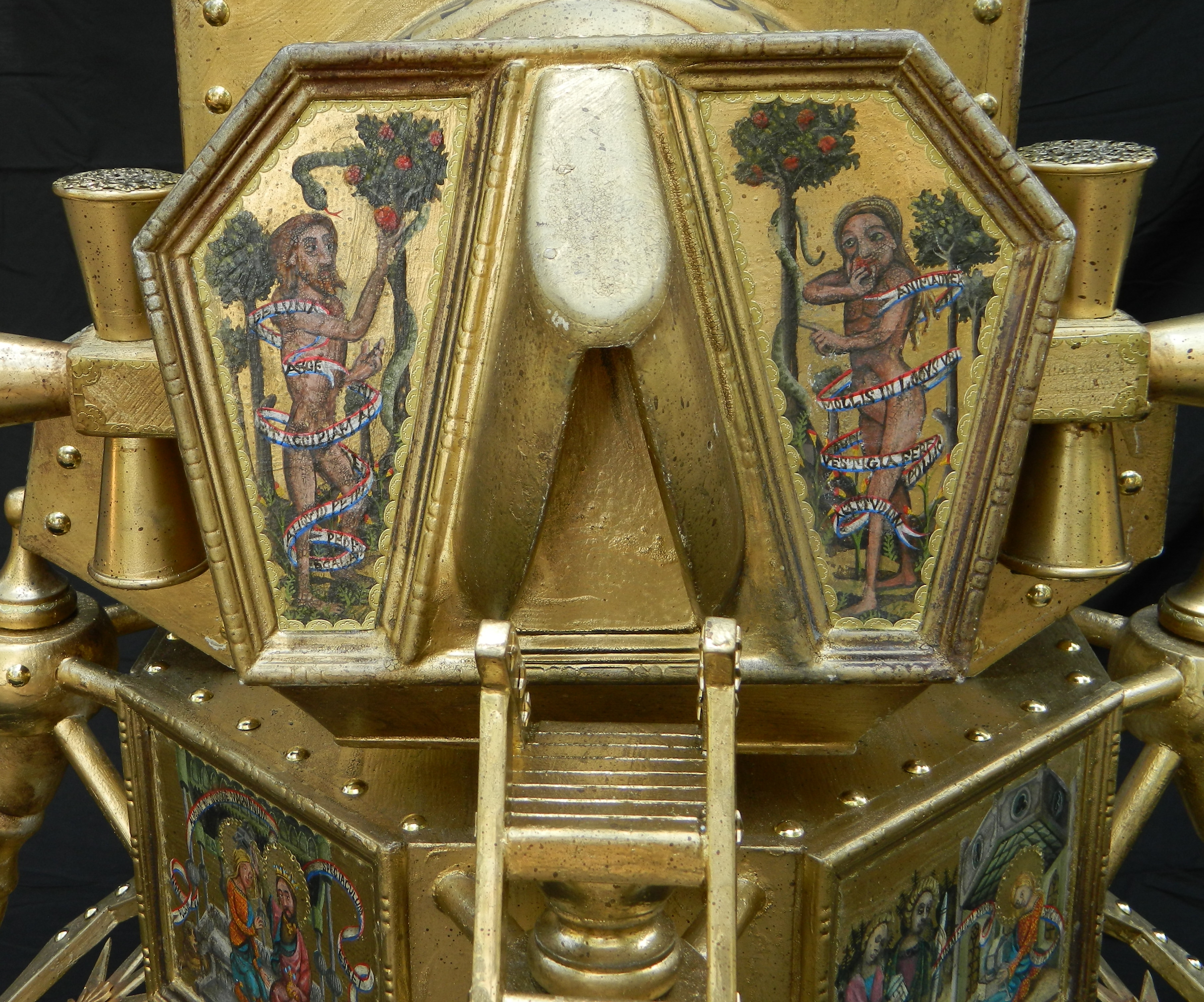