Jimmy Rix feature in The Local 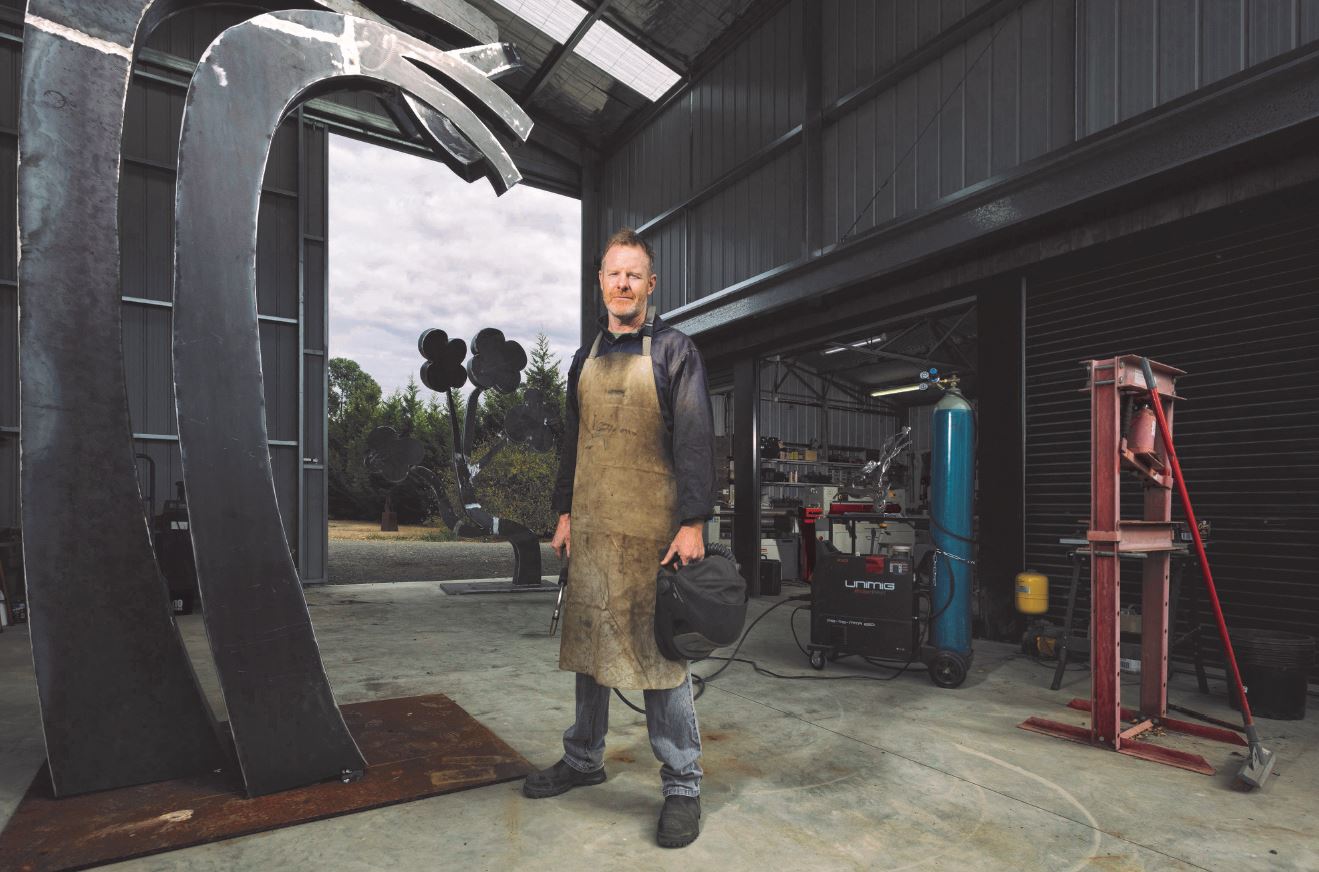 Jimmy Rix’s sculptures often relate to personal experiences and familiar objects. Having lived within both natural and farmed Australian landscapes throughout his life, rebellious kangaroos, machine-horse hybrids, playful sheep and utilitarian objects have inevitably been cast as the actors of his narrative-based works.
In these sculptures a sense of humour, an engagement with Australiana, an interest in scale and a concern for the environment are often the underlying themes and inspiration.

Usually between 20 to 70 centimetres in height, the Malmsbury resident’s small-scale works are often made in bronze and have been exhibited extensively throughout Australia. The artist’s 13 solo shows and participation in close to 60 group exhibitions have also included the display of large-scale sculptures that are often formed from steel. This less-expensive material has allowed the scale of Rix’s work to exceed seven metres. His ability to envision and execute enormous works has led to many impressive public sculpture commissions and inclusions into a large number of outdoor exhibitions and sculpture prizes, from which he has received five accolades in the last five years alone.

Rix’s first solo exhibition at Australian Galleries, Chivalry, Myths and Dreaming presents a stunning series of works in varying scale, dating from 2016 to present. For this exhibition, Rix has created an installation of three large-scale trees, titled Remnant Forest. “I love trees and I am fascinated by their ability to survive adverse conditions and the beautiful bones they leave behind.”

In conjunction with the exhibition, Rix’s 3.5-metre high sculpture in Corten steel, St George and the Dragon 3, will be on display at the Australian Galleries Sculpture Park at Porcupine Ridge. This is the first time an exhibition will extend from the Melbourne gallery to rural Victoria.

Chivalry, Myths and Dreaming is on until 14 July at Derby Street, Collingwood. Australian Galleries Sculpture Park Porcupine Ridge is open via appointment only.