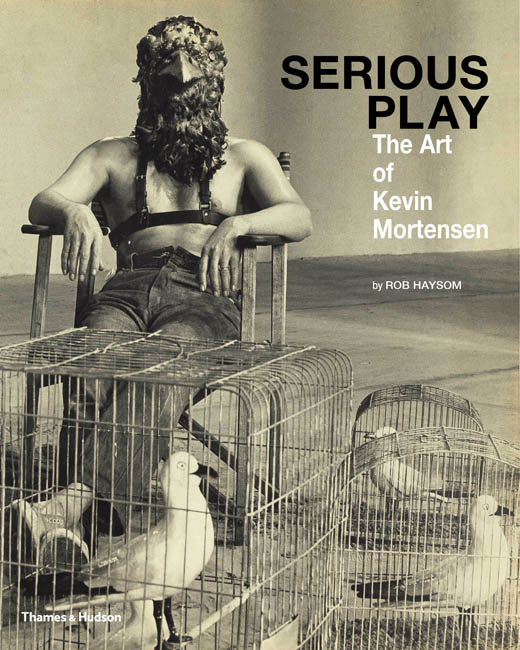 Kevin Mortensen’s enigmatic artworks are as diverse as the media in which he is proficient, with persistent narratives appearing throughout his varied oeuvre.

‘Kevin Mortensen came to prominence in Australia and internationally as an early and highly regarded practitioner of performance art. He represented Australia at an early Venice Biennale and was a major figure in the Mildura Sculpture Triennials, which helped establish contemporary sculpture in this country in the 1960s and 1970s after a long period in which the art form languished. The new sculpture of this time was strongly related to American performance art, Happenings and Earth Art, and in Australia took on environmental concerns and facets of Australia’s landscape, flora and fauna.

Mortensen’s art is highly environmental. More recently Mortensen has practised as a sculptor and also made prints and drawings. He was Head of Sculpture at RMIT University in the 1980s and early 1990s but, today almost a recluse, continues to exhibit new work at Australian Galleries in Melbourne and Sydney.’

Mortensen’s art is about inviting the viewer to form their own interpretation in response to the work, challenging preconceived notions and provoking an internal dialogue.

Kevin Mortensen’s enigmatic artworks are as diverse as the media in which he is proficient, with persistent narratives appearing throughout his varied oeuvre. Equally skilled in sculpture, performance, printmaking, drawing and painting, Mortensen combines refined personal motifs into a visual language to produce works both spiritual and potent, illustrating his impressions of the world around him.

Mortensen’s works evolve in a cyclical manner with birds, mythology, decay, landscapes and our relationship with nature, recurrent themes in his artistic journey. The hybridised bird/man has appeared in Mortensen’s work since the 1970’s, initially through his bird masked performance pieces with which he represented Australia at the Venice Biennale in 1980, and continuing in recent years with the imposing sculpture Charioteer. The commanding two metre sculpture, intended for bronze, depicts a naked bird/ man chimera astride an Egyptian chariot. It is reminiscent of Mortensen’s powerful performances utilising minimal movement to create tension to highlight the manifold layers of meaning characteristic of his work.

In 2016 Serious Play: The Art of Kevin Mortensen was published, beautifully written and researched by the author Rob Haysom, providing an important account of Mortensen’s entire career and its place in Australian art folklore.