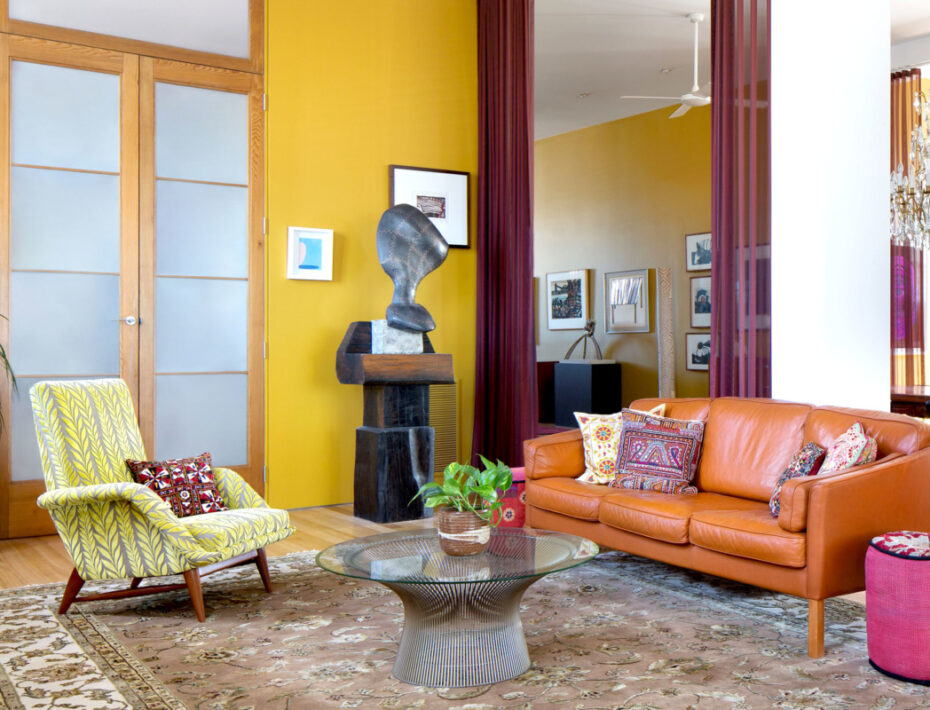 Written by Lucy Feagins, Editor The Design Files May 24 2017

Today we feature the uniquely colourful and creative home and studio of Melbourne sculptor Geoffrey Bartlett, in Collingwood.

Geoffrey shares his converted warehouse home with his daughter, Emily Bartlett, a talented photographer (who also shot and pitched us this story about her Dad!) and their dog Robbo!

Geoffrey’s sculptures are currently on show in an exhibition entitled ‘1988 – 2017 Revised’, running until June 4th at Australian Galleries in Melbourne. Geoffrey Bartlett purchased his enviable Collingwood warehouse back in 1990 (*sigh*), after seeking out a large, versatile space to accommodate his sculpture practice. However, it wasn’t until 2010 that he converted part of the building into his home – he now lives and works here, along with his daughters, using the ground floor as his sculpture studio.

Built in 1888, the building was initially a slipper factory. Later, it was used for the production of moleskin trousers (!), and then became a furniture factory. In the 1980’s it became vacant, until the building was residentially zoned in 1990, when Geoffrey discovered it.

Whilst on the hunt for a new studio space, Geoffrey came across this building quite by chance. ‘It was a hot summer’s day, up around 40 degrees, when I went past this vacant building,’ he recalls. There was no sale board up, but Geoffrey was overcome but the unique presence of this building. After sneaking a peek through a broken window, he immediately knew it was for him!

‘When I went into the building to look around, it had wonderful proportions, and I realised the ratio of the length, width and height were the proportions of the Golden mean,’ Geoffrey elaborates. ‘There is something about this, which sits well when you’re in a space’. Another drawcard was the flexibility of the building, and the potential to change it in the future – a consideration which definitely paid off when Geoffrey converted the upper levels into a residence in 2010.

Major renovations were required to turn the factory into a functional workplace and home. Rob McGauran of MGS Architects was originally enlisted to re-configure the space, though many additions since then have been driven by Geoffrey himself. It’s a uniquely versatile building – at present the ground floor houses Geoffrey’s studio, whilst his daughter Emily lives on the middle floor, and Geoffrey’s own home occupies the upper floor.

‘This building is unusual, and I’m really enjoying living and working in the same space,’ the artist says. Since moving in, Geoffrey has also been surprised to discover a deeper connection with his local neighbourhood. ‘I love the complexity and multidimensional nature of Collingwood, there’s a cacophony of mixed uses and a great variety of people, occupations and small businesses,’ he adds. As fellow Collingwood folk, we wholeheartedly agree! 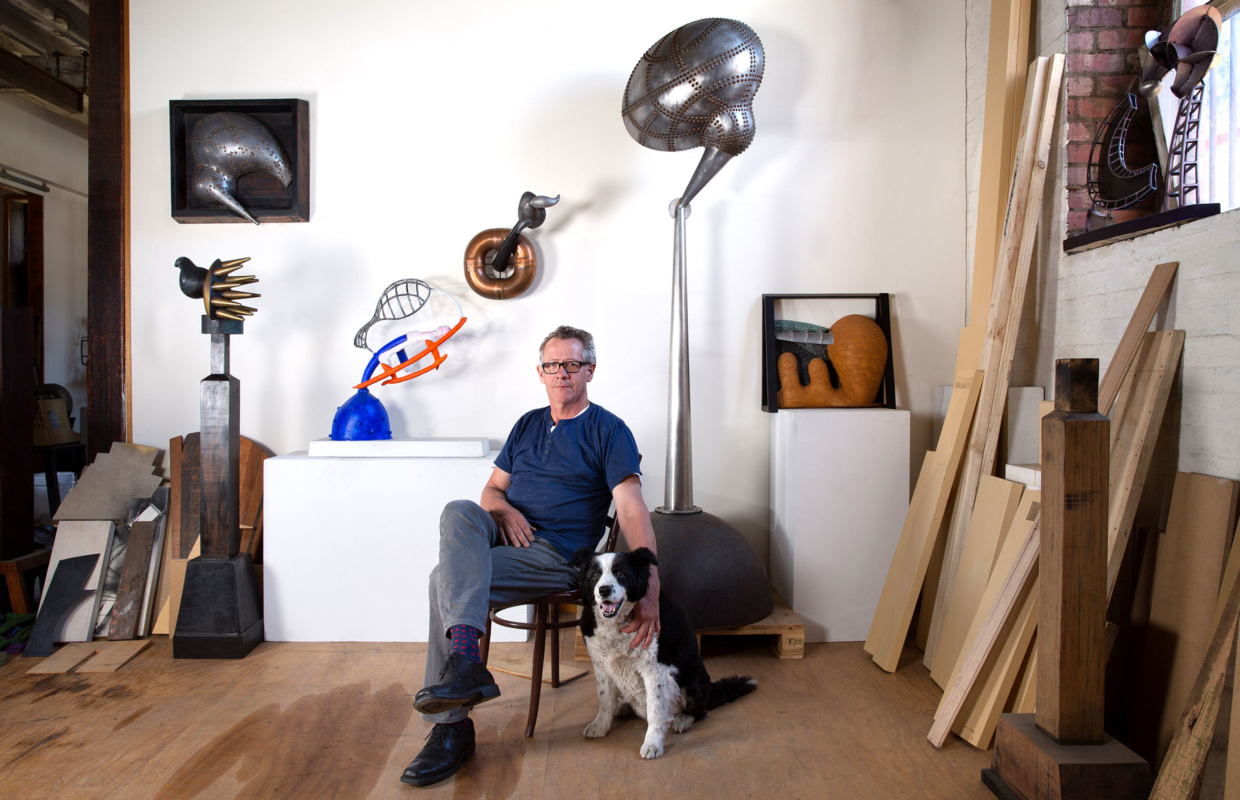 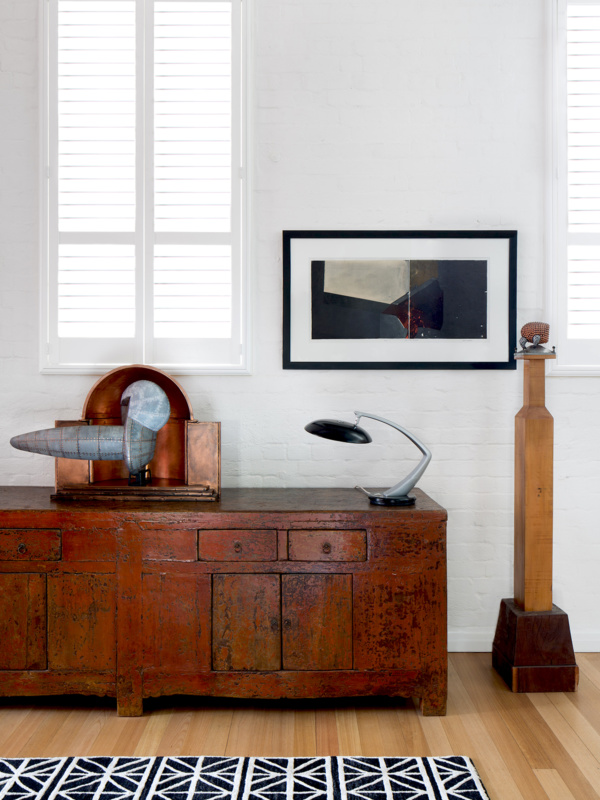 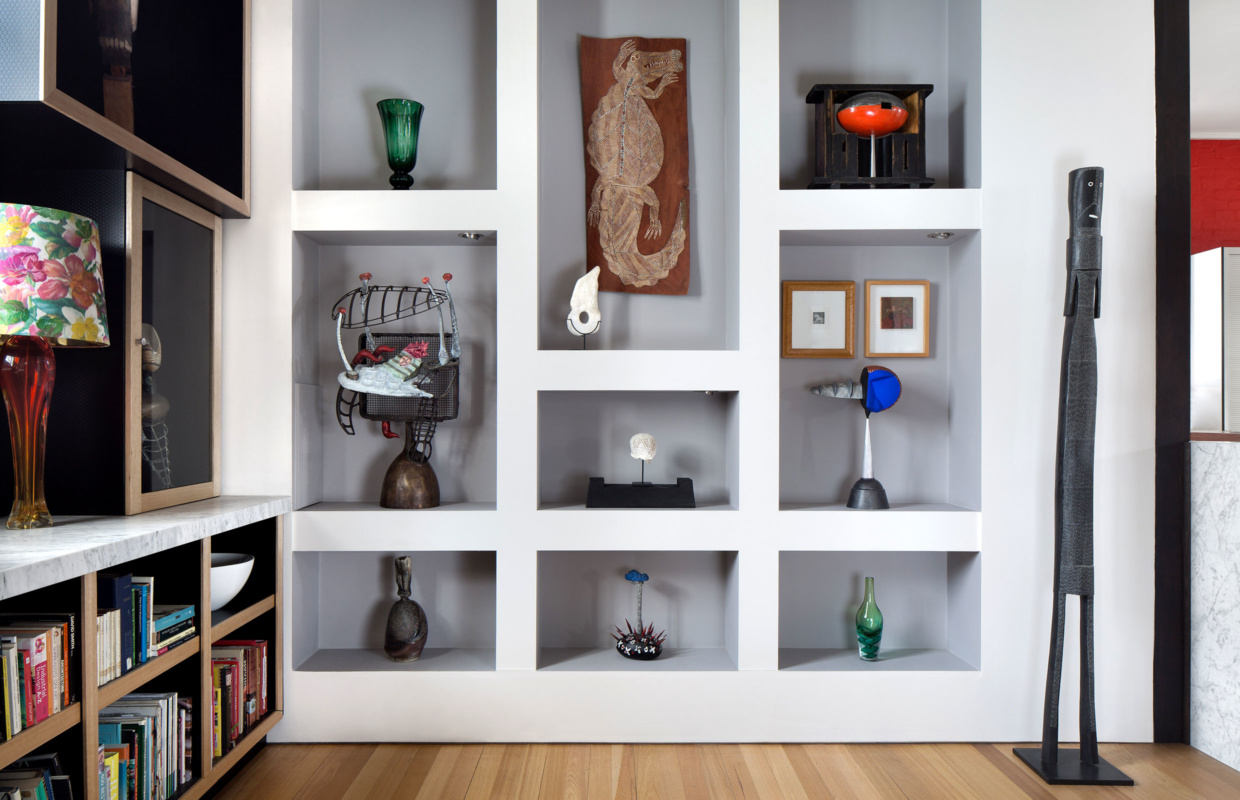