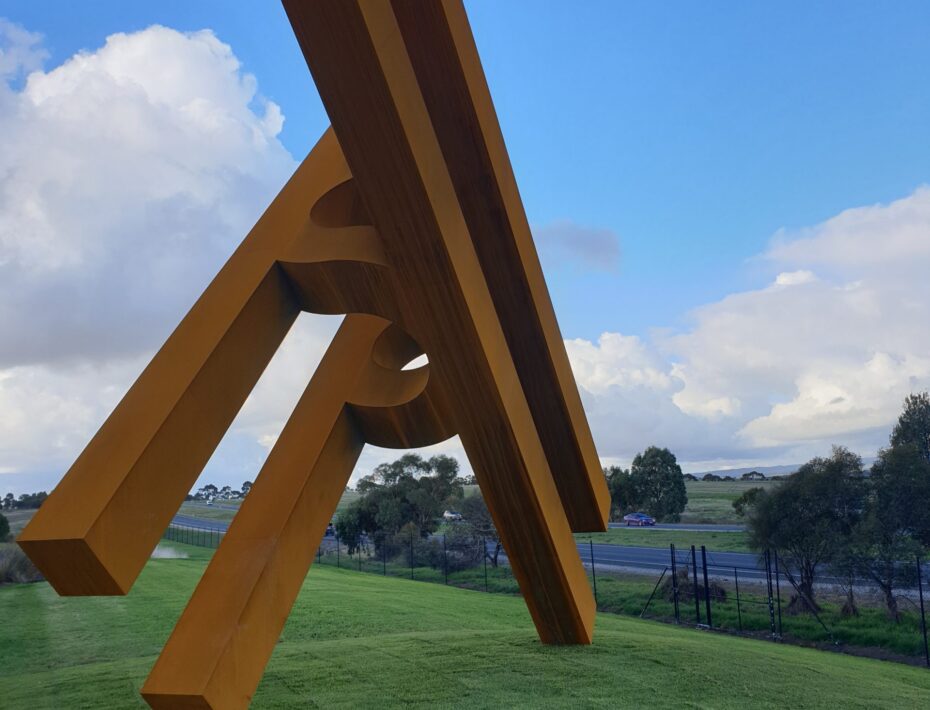 Congratulations to Greg Johns on his incredible new piece ‘End Of The Line’ a monumental sculpture in corten steel standing at 6.5 metres tall. This major work was recently installed in front of the Ahrens Steel Fabricators at Sturt Highway in Kingsford, South Australia.

Greg Johns has worked as a full-time sculptor for four decades and has completed significant commissions throughout Australia, as well as in Singapore, Spain, New Zealand, Korea, England and Ireland. Since 1990 the main focus of his practise has been to develop an approach to making sculpture which is both conceptually and form-wise ‘Australian’ in feel. These forms arise from both a visual and a ‘beneath the surface’ or ‘felt’ reading of our extraordinary landscape. Alongside this work the round mandala forms have continued, changing in form, becoming more organic. These forms draw conceptually on both older belief systems and contemporary developments in physics and philosophy, often suggesting that a bridge should exist between the old and the new. Local flavour is important to Greg’s work, yet his sculpture also connects to ‘big picture’, universal themes. Greg works consistently to make a contribution to the development of sculpture in Australia and internationally. 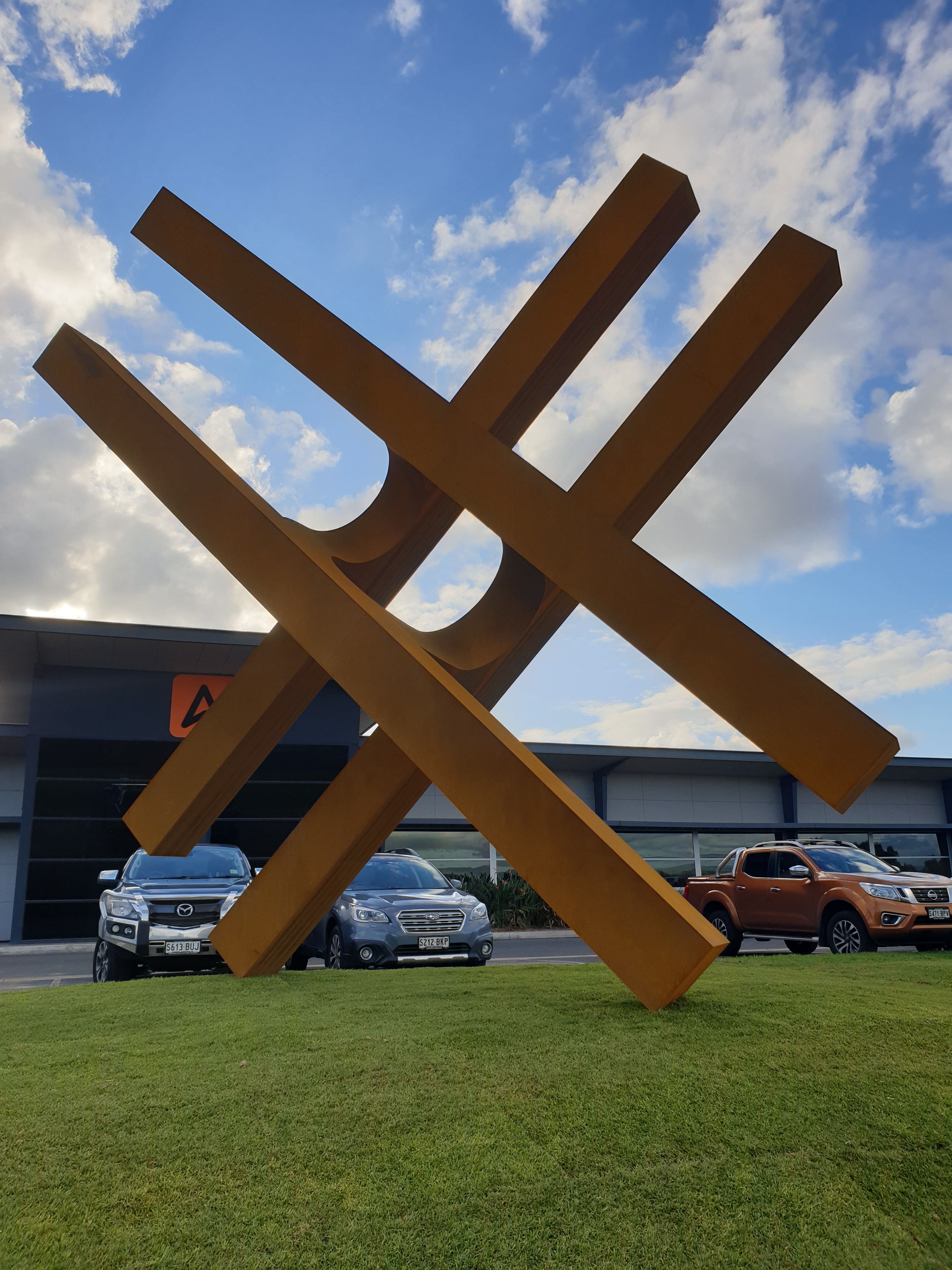 Images courtesy of the artist