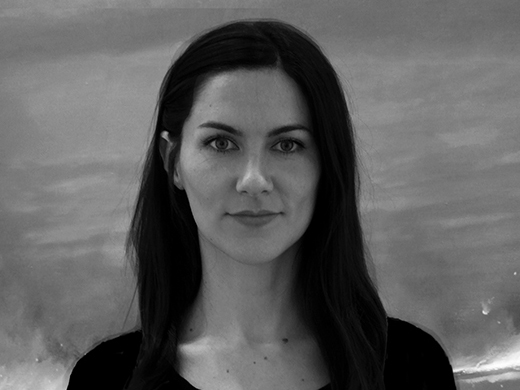 Rachel Derum worked as a studio and administrative assistant at the Australian Tapestry Workshop whilst studying Arts, Media Studies at RMIT. After travelling overseas, Rachel returned to Melbourne to take up a position at Arts Project Australia, where she played a key role in coordinating APA’s 2008 Melbourne Art Fair stand. She joined Australian Galleries in 2009 as gallery assistant at the Smith Street gallery. Rachel assisted in the establishment and development of the Australian Galleries Stock Rooms, and was appointed to Derby Street Gallery Manager in 2013. Having returned to Postgraduate study at the University of Melbourne in 2015, Rachel was appointed the position of Media Manager.

Favourite artwork of all time: There are too many to list, but one I always seem to return to is Frida Kahlo’s ‘Thinking about death’