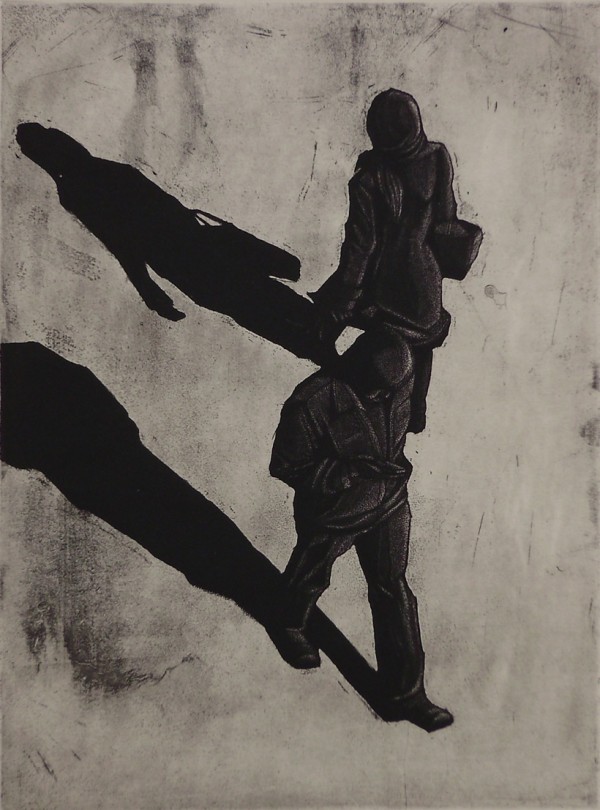 Working in both etchings and paintings Dean Brown observes daily humanity, finding strategic vantage points around the city from which he studies his subjects. Brown’s monochromatic figures resonate immediately as familiar; reflective of characters we have known or have seen. Within these shadowy urban settings Brown’s works are visually intriguing, deeply human and empathetic.

“My work is inspired by and focused on the individual, in some form of motion or transit within the inhabitants of the city. I focus here on individual figures, pulled from a crowd or perhaps two people passing each other unnoticed within a mass. In this way I hope to draw some sort of attention and recognition and individuality to an otherwise invisible face within a crowd.

I observe and render at various times of day within my work, often in strong light. This is evident in the distance of shadows I observe and shapes they cast. I also combine this with observing individuals from a vertical perspective I enjoy the strong compositional and emotional possibilities both these devices offer. I first started using the aerial vantage as I loved the compositional possibilities of the vertical perspective. Composition on the picture plain is something I’ve always been very interested in. I feel that utilising a vertical vantage, combined with harsh light and strongly cast shadows enables me to develop an exciting dynamic within my work.
But I would take issue with the notion that it is like a CCTV camera. I think of it more in relation to a painting tradition rather than a photographic one. The single point perspective of the god-like individual is a common renaissance vantage. It is not about distancing – on the contrary, it is a subjective view bringing the painter and the subject together in dialogue.

I don’t really consider these as isolated figures but more celebrated individuals, pulled from a crowd … When I’m gathering source materials and making sketches for my paintings and prints, the subject exists in a sea of potential.” Dean Brown, 2012 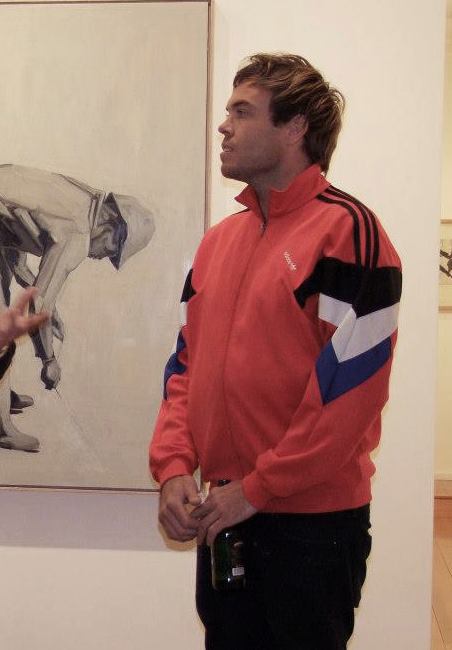 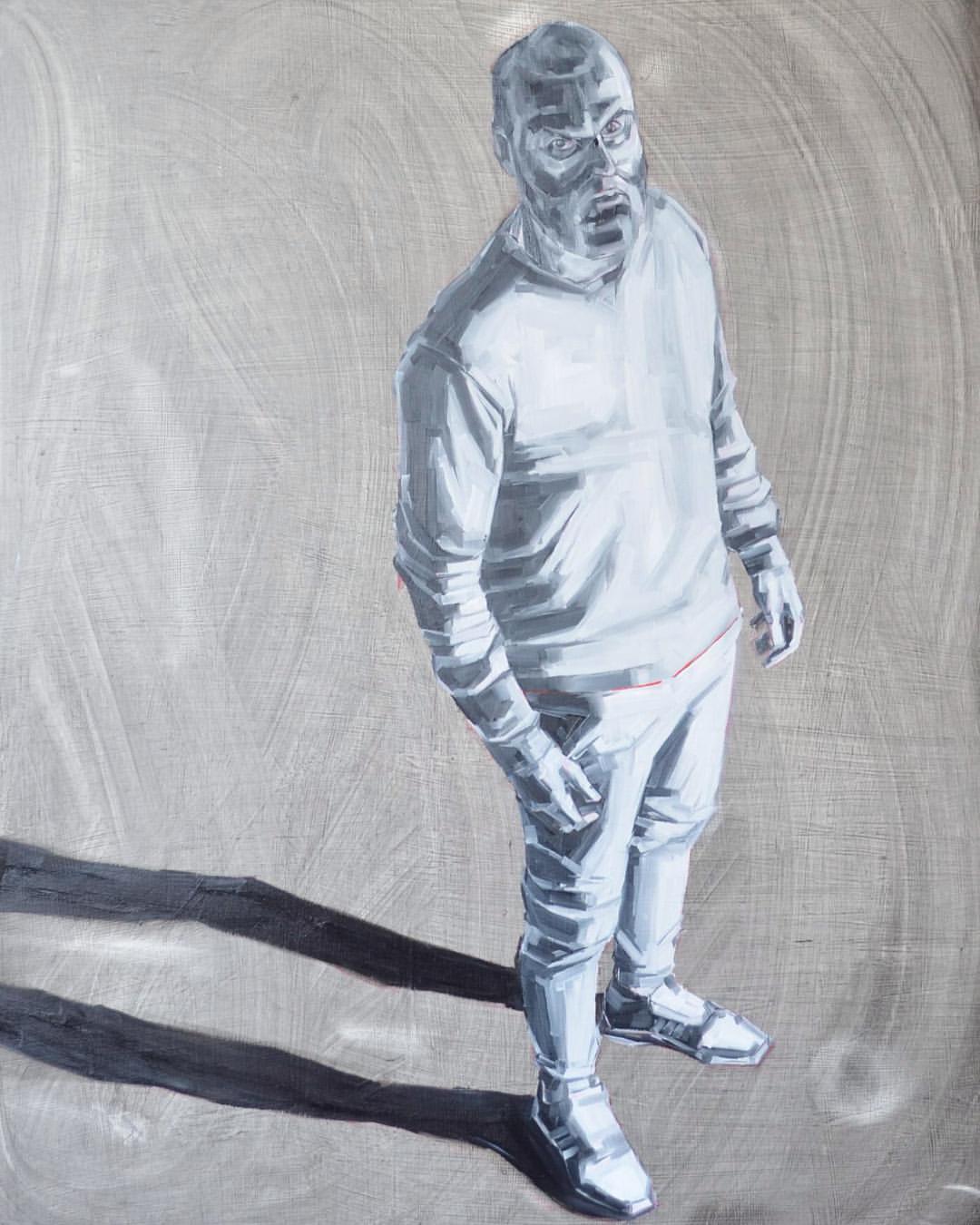