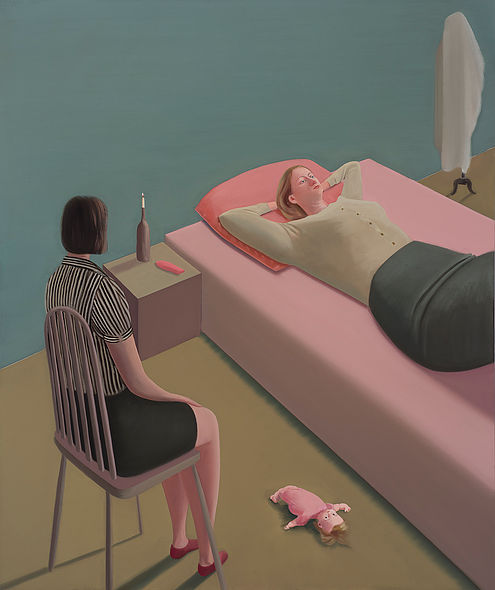 Congratulations to Prudence Flint who has been awarded the Major Prize for the Most Outstanding Work in Any Medium in the 2018 St Kevin’s Art Prize.

The St Kevin’s College Art Show is a non-aquisitional annual award exhibition with a long and proud history. Conceived by Mrs Audrey Culliver in 1971, the exhibition celebrates art and fosters community. Now in its 48th year, it is considered one of the longest running events of its kind in the country.

Prudence Flint lives and works in Melbourne. She is currently a finalist in the Archibald Prize, for the third year running. She recently won the St Kevin’s Art Prize for the Most Outstanding Work in Any Medium, the Len Fox Painting Award in 2016 and the Portia Geach Memorial Award in 2010, and was awarded the Doug Moran National Portrait Prize in 2004. She has been a recent finalist for the Arthur Guy Memorial Painting Prize, Geelong Contemporary Art Prize, Bayside Acquisitive Art Prize, R & M McGivern Prize, Sunshine Coast Art Prize, Gold Coast Art Prize, National Works on Paper, Rick Amor Drawing Prize and Paul Guest Prize. Her work is held in the collections of the City of Port Phillip, Artbank, BHP Billiton, City of Gold Coast, University of Wollongong and Castlemaine Art Museum, and in numerous private collections in Australia and New Zealand. Reproductions of Flint’s paintings have appeared in publications including Art Monthly Australia, Australian Art Collector and Art + Australia. Flint is represented by Australian Galleries in Melbourne and Sydney, and Bett Gallery in Hobart.