Prudence Flint has won the 2016 Len Fox Painting Award, for her work Wash (2015). This prize is significant, and one of the richest painting prizes in Australia.

The Len Fox Painting Award is a $50,000 acquisitive award initiated and generously funded by Len Fox (1905-2004). This prestigious award commemorates the life and work of his uncle, the influential Australian born painter, Emanuel Phillips Fox (1865-1915). Known for his plein air, impressionist style, Fox’s paintings are characterized by vibrantly coloured landscapes and scenes of everyday life. The 2016 Len Fox Painting Award is an exciting opportunity for artists to interpret these qualities in a contemporary context. Forty-three contemporary artists were shortlisted in the 2016 Len Fox Painting Award Exhibition, from 170 entries. The 2016 judge was Dr Rex Butler (art historian, writer and Professor, Art History & Theory, at Monash University).

‘In selecting Prudence Flint as the winner of this acquisitive prize, the 2016 judge Dr Rex Butler has awarded a contemporary Australian artist a generous $50,000 prize and benefitted the Castlemaine Art Museum by adding this work to its collection. In his opening speech, Dr Butler drew favourable comparisons between the winning work, and E. Phillips Fox’s Bathing Hour (1909) which hangs in our Whitchell gallery’. 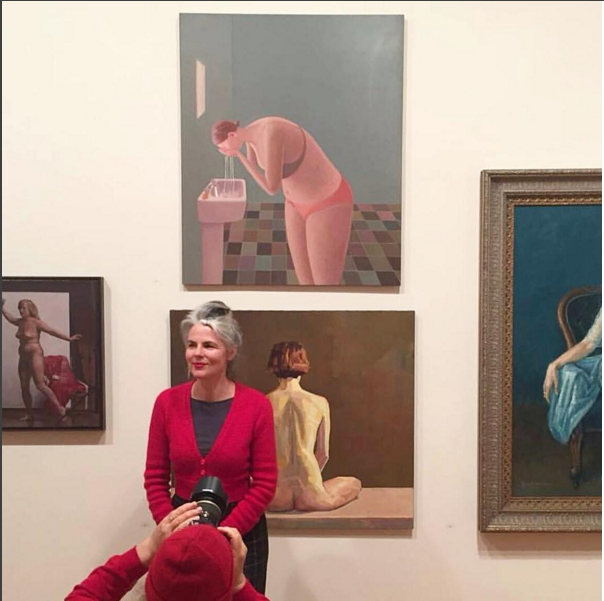 Further information can be obtained from the website: www.castlemainegallery.com

Text and image of the artist courtesy of Castlemaine Art Museum and Prudence Flint.