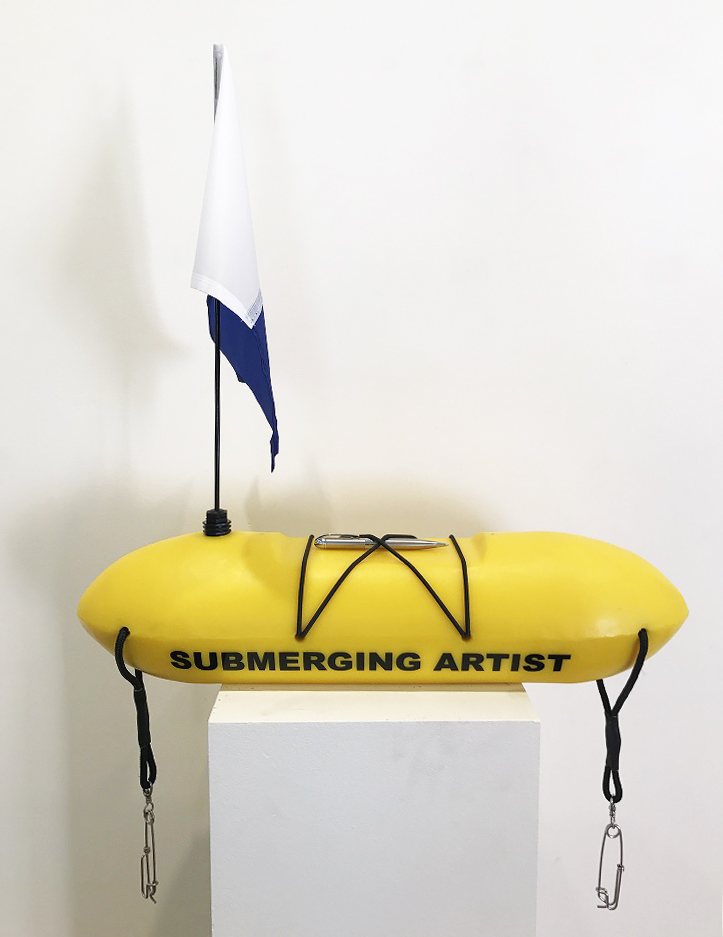 Congratulations Rodney Pople, Michael Snape and Richard Tipping, who have been announced as a Finalists in the 2017 The Woollahra Small Sculpture Prize, Australia’s pre-eminent national award for small sculpture. 47 finalists have been selected for the 2017 Prize, from 675 entries, the second highest number of entries in prize history.

The finalists have been selected by 2017 guest judges – curator, writer, artist, activist and first Indigenous judge for the Prize Djon Mundine, OAM, Executive Director, Artspace, Sydney and Curator, Encounters, Art Basel | Hong Kong Alexie Glass-Kantor, and gallerist and benefactor Roslyn Oxley, OAM. The judges found the finalists works showed innovation and diversity in their take on an original, freestanding sculpture measuring up to 80cm in any dimension.

Djon Mundine, OAM said: “We’re in an age where there are so many gigantic artworks, so many gigantic projections, that it’s really good for something that focuses on ‘the god of small things’. I was very honoured to be invited into this specialised project as one of the judges.” Alexie Glass Kantor said: “The Prize has a tremendous legacy of supporting a level of extraordinary ambition and an absolute breadth of practices in and around the realm of sculpture. It’s a real privilege to be a judge in this kind of award. You understand that artists are producing extraordinary works in the field of sculpture and you want to do an honour to these artists. We’ve had a lot of interesting debate selecting this year’s finalists, which is really important because if art doesn’t prompt debate what does it do?” Roslyn Oxley, OAM said: “It’s dynamic, people come, people love it, it’s something to see and exposes you to new and exciting young artists. Judging is quite interesting and it’s been interesting to see all the different materials this year’s entries have used. Having been in the industry for 35 years, it’s always exciting to see new, original works as a judge. Especially for the Woollahra Small Sculpture Prize, as it has cultivated some of Australia’s best contemporary artists.”

“Diving into the unknown, diver down, with a buoy marking the spot to keep other boats at bay. A blue and white flag with a distinctive angled shape. On the dive buoy two builders pencils are ready, in red and green, each waterproof and ready for making marks and notes when needed. If sculpture is a thing, why not a floating thing? A point in an ocean of unknowns hiding beneath the surface, which the artist is diving to see and record. The artist is hidden, absent, but active, continuously seeking. The artist is on loan from the world of air and sky, perilously present in an underwater seascape where anything can happen.

Another reading of Submerging Artist springs from rejection, when things aren’t going the way that the artist hoped. So many people emerging, and so many working hard but hardly acknowledged. As Anselm Kiefer said (remembered, source unknown): “You can work for a lifetime and be forgotten at once”. 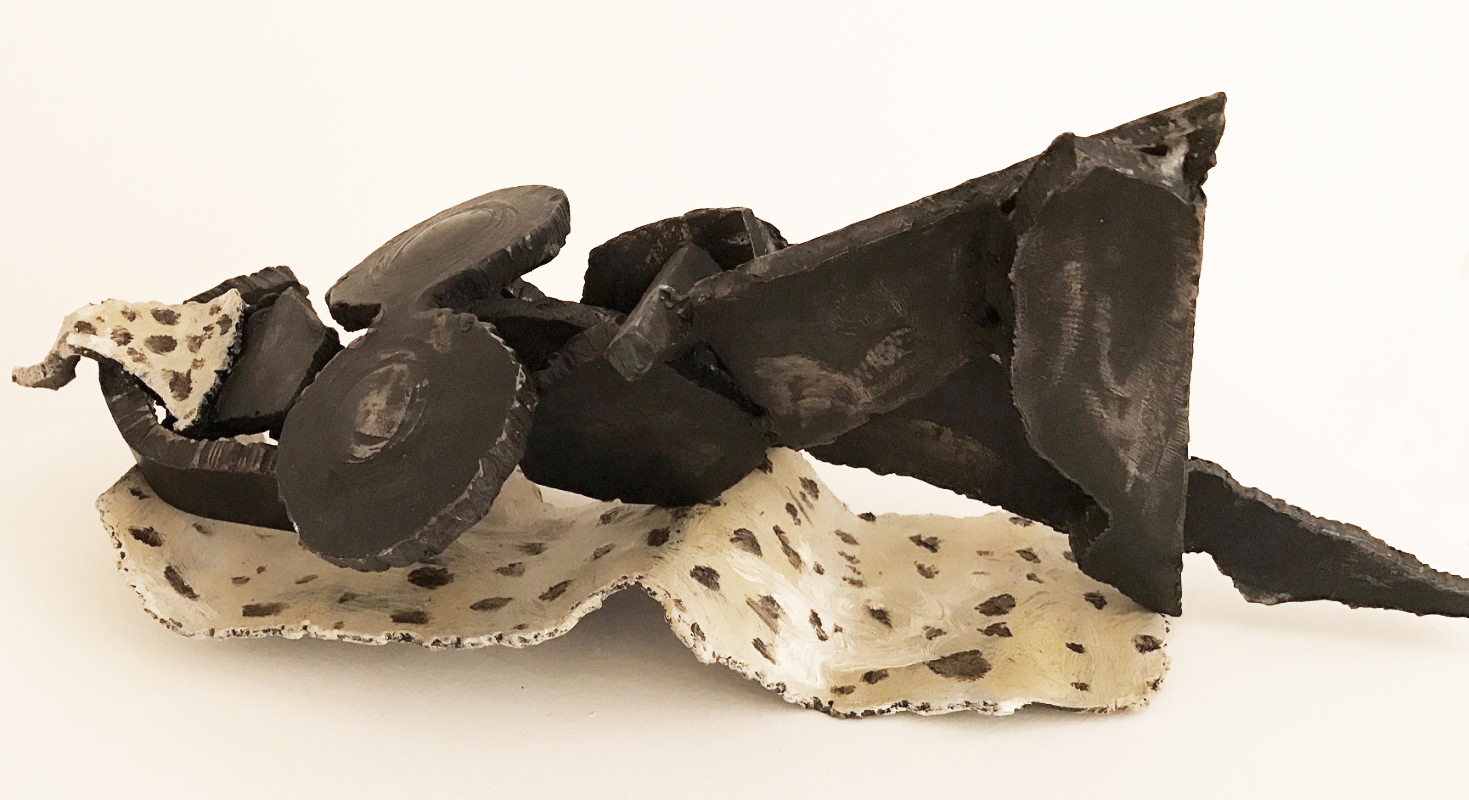 “Nude on leopard skin is one of a series of small steel figure sculptures exploring intersections between human and animal environments. It features a contorted female nude on a leopard skin, possibly suggesting indulgence, greed and a growing disregard for the other animals of our natural world. Ultimately, however, my sculpture has to stand alone to engage with the viewer’s own perceptions and experience.” Rodney Pople, 2017

A free exhibition of finalist’s art works for the 17th annual Woollahra Small Sculpture Prize will be presented this year for an increased period of three weeks, from 14 October until 5 November 2017 at Woollahra Council in Sydney. The winners will be announced on 13 October 2017.  The Woollahra Small Sculpture Prize is hosted by Woollahra Council to provide free public access to sculpture and to support, promote and celebrate artistic excellence. For further details of the Prize visit: http://sculptureprize.woollahra.nsw.gov.au/ 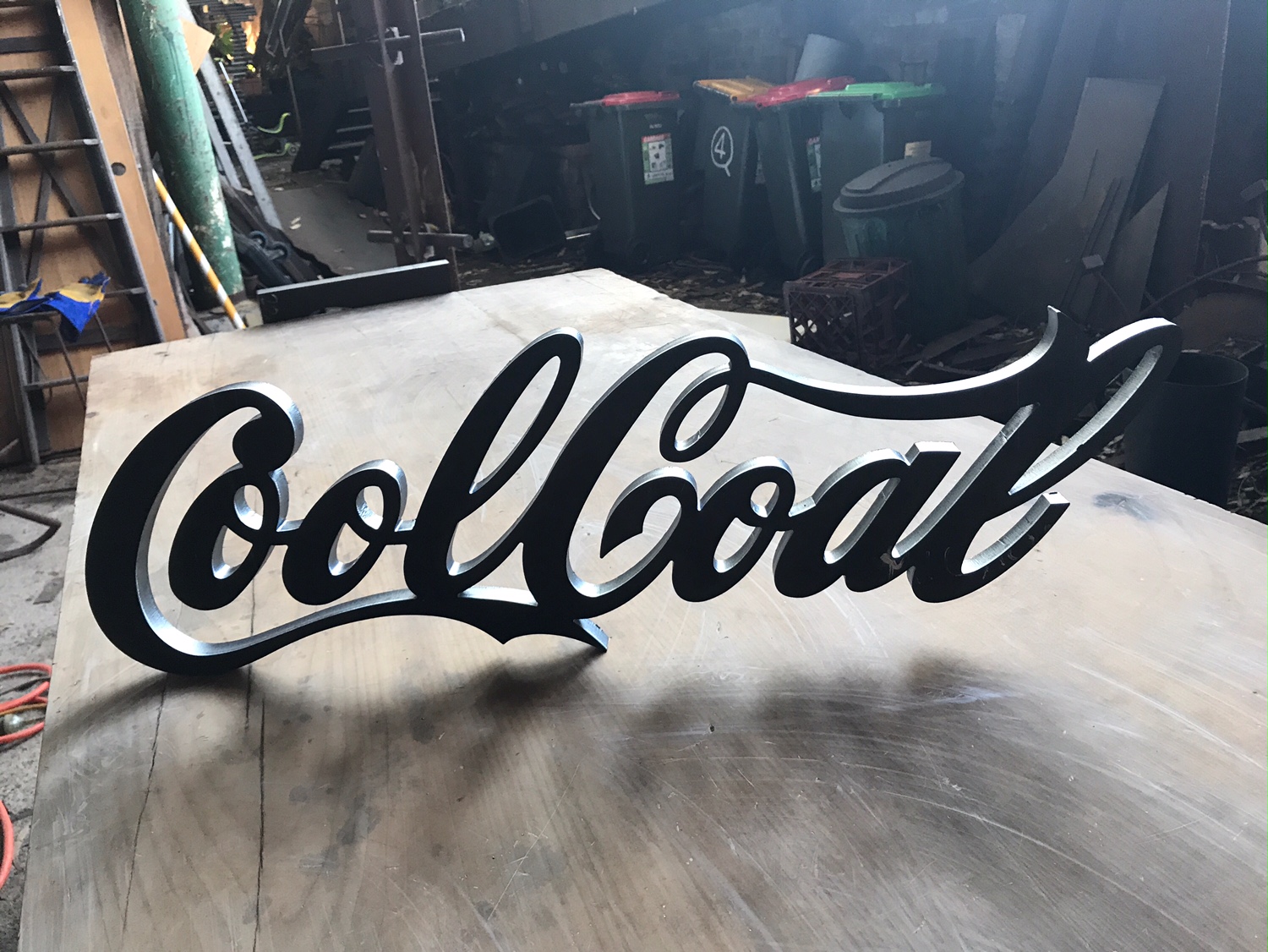