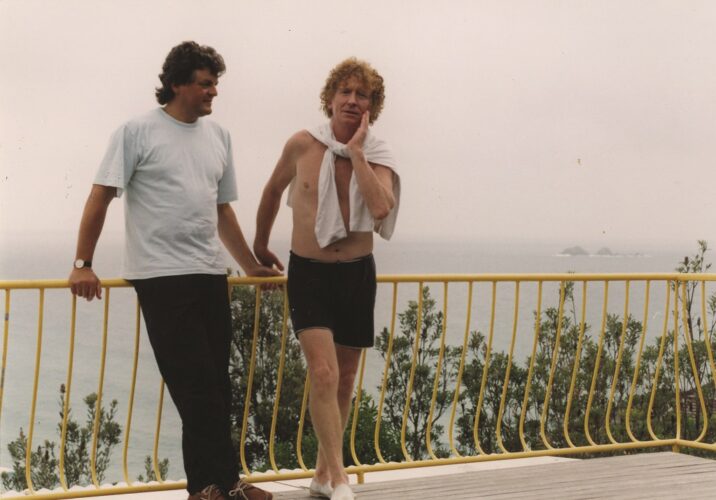 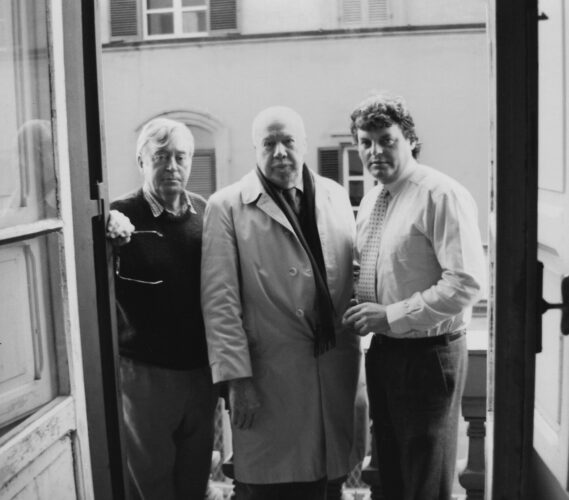 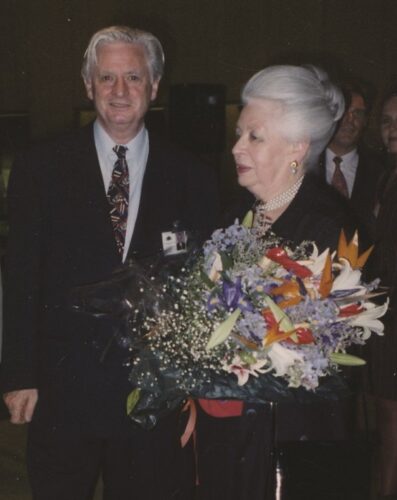 1993 James Mollison, then Director of the National Gallery of Victoria with Anne Purves for a function at the NGV in honour of Anne's birthday. 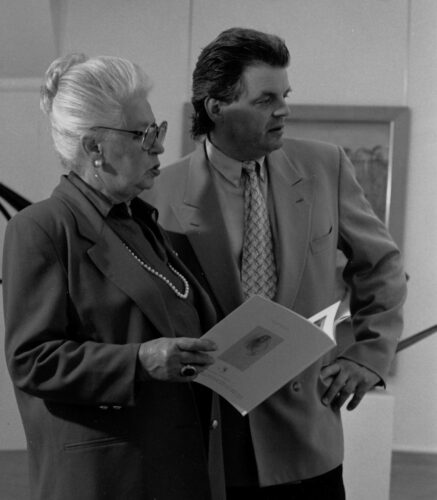 1994 Anne Purves and Stuart Purves in the gallery with a catalogue for Brian Dunlop's exhibition.

Stuart and Anne expanded the business into NSW. The move to Sydney in 1989 proved to be a positive one [despite the crash], it provided a strong, extended audience and client base, as well as closer contact with artists living in New South Wales.

The Melbourne gallery was still situated in Collingwood at the original site, 35 Derby Street and the Sydney gallery was opened in a key location in Paddington at 15 Roylston Street. Unbeknown to Stuart and Anne at the time, both suburbs were to become celebrated ‘Art’s Precincts’ within 10 years.

Anne remained in Melbourne to run the original gallery and Stuart began fortnightly trips to Sydney to work for the Artists on a National scale.