Since its beginning in 1956, Australian Galleries has continued to showcase significant contemporary Australian artists and their work for over 60 years with a vibrant monthly exhibition program and extensive stock gallery.

National Director Stuart Purves, along with his dynamic team, continues to strengthen and diversify the thriving enterprise started in Melbourne by his parents. The success of Australian Galleries is a reflection of the passion and commitment to the artists it represents. Stuart Purves’ personal dedication and enthusiasm to the promotion of the arts in Australia is indicative of his confidence in the important role visual art plays in the national and international psyche.

Australian Galleries, opened in 1956 by Anne and Tam Purves and joined later by their son Stuart, continues to flourish, with over sixty years of service to the arts. During this time, the gallery has enjoyed the privilege of promoting and encouraging a leading selection of modern and contemporary Australian artists.

As a natural extension of their background and interest in art, Anne and Tam pioneered the professional exhibition and marketing of contemporary art in Australia. From the beginning, their gallery developed a reputation for representing prominent Australian artists including Arthur Boyd, John Brack, Sidney Nolan, Justin O’Brien, John Olsen, John Perceval, Albert Tucker, Brett Whiteley and Fred Williams.  Stuart joined the gallery in 1966 and after the death of Tam in 1968, Stuart and Anne ran the gallery till her death in 1999.

Now under the sole directorship of Stuart Purves and with 11 staff, Australian Galleries continues to represent significant contemporary Australian artists including John Kelly, William Robinson, Garry Shead, Tim Storrier and John Wolseley along with the Estates of Inge King, Jeffrey Smart, George Baldessin and Lenton Parr as well as a role in the Estates of Arthur Boyd, John Coburn, Lloyd Rees and Brett Whiteley.

A passionate advocate of artists, Stuart Purves’ role as National Director is to ensure the gallery remains vital and viable so the artists he represents survive and prosper. With this responsibility, and through typical enterprise, he has continued to expand the business both in Victoria and into NSW. His 1989 move into Sydney was driven by a natural extension of his client base and continues to offer strong opportunities and closer contact with artists living in NSW.

In 2009 Stuart added a further gallery space to the original Melbourne Gallery, it is called Australian Galleries ‘Stock Rooms’. This magnificent, vast, converted warehouse enables the gallery to exhibit works by each represented artist at all times.

The Melbourne galleries are situated in Collingwood — the ‘Derby Street’ Gallery is at the original site of 35 Derby Street and the ‘Stock Rooms’ are directly across the road at 28 Derby Street with the Archives Department located at the rear of the building at 25 Langridge Street. In Sydney the ‘Roylston Street’ gallery is located in the hub of the Paddington Arts Precinct at 15 Roylston Street. All locations offer high quality design features to facilitate the display and storage requirements of the works.

Averaging between forty to fifty exhibitions each year, the value of running their own graphic design became evident, so in 2001 Australian Galleries began an in-house Design & Production Department for invitations, folios, catalogues and books to promote the gallery’s extensive programme.

To ensure maximum efficiency for sales, administration and cataloguing, the gallery introduced a comprehensive, leading-edge, operating and recording system. This was designed specifically for gallery use to incorporate multi-functional capabilities. The system meets the reference needs of art curators and historians and combines real-time business interaction between the three galleries.

In his capacity as National Director, Stuart Purves travels fortnightly between Melbourne and Sydney to work closely with his experienced gallery teams who are valued for their positive contributions in their areas of expertise. He also travels regularly overseas to visit artists and update his international perspective.

With over fifty years of active involvement in the visual arts, and as one of Australia’s few second-generation art dealers, Stuart is regularly consulted by the visual arts industry for his knowledge and expertise. He is an approved valuer under the Commonwealth Government’s Cultural Gifts Program and is a former chairman and president of the Australian Commercial Galleries Association. For over 10 ten years Stuart was also a member of the Melbourne Contemporary Art Fair Board and held the role of Chairman for four of these years.  Stuart has also been an avid supporter of Arts Project Australia serving as both a board member from 2006 to 2008, and a collector of the works.  Stuart’s private collection, known as ‘The Pearls of Arts Project’, comprises over 180 paintings and sculptures purchased between 1988 to 2008.  In 2008 the collection toured the Regional Galleries of Australia.

Australian Galleries celebrated its 60th Anniversary in 2016, and continues to encourage and develop links between the arts and its audience by keeping abreast of current themes in contemporary art. 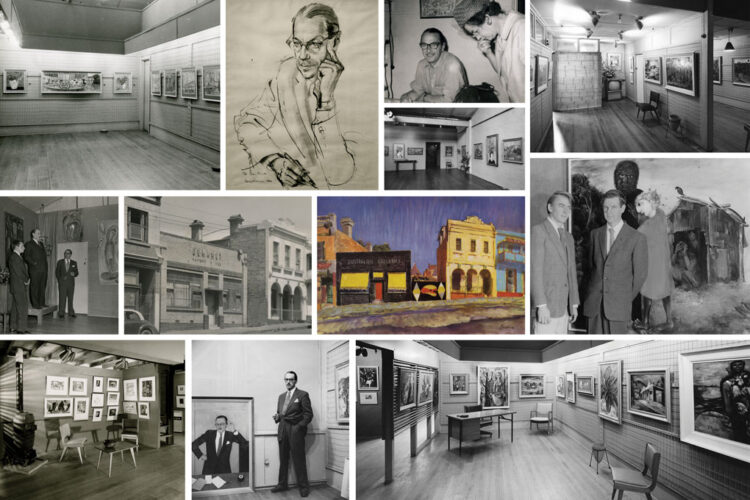 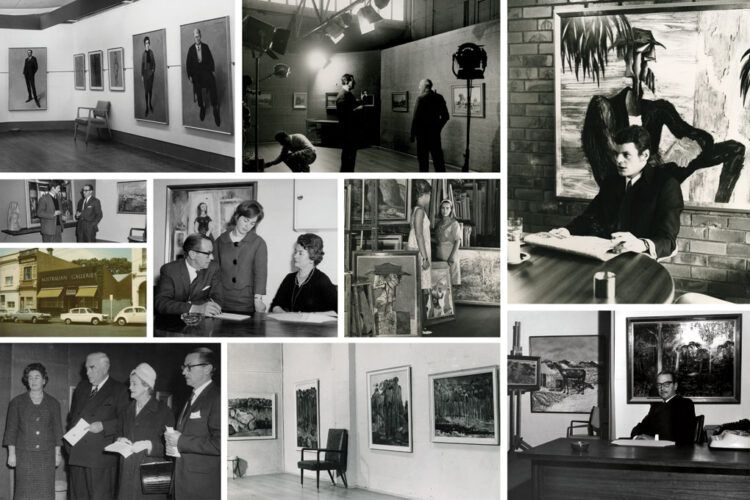 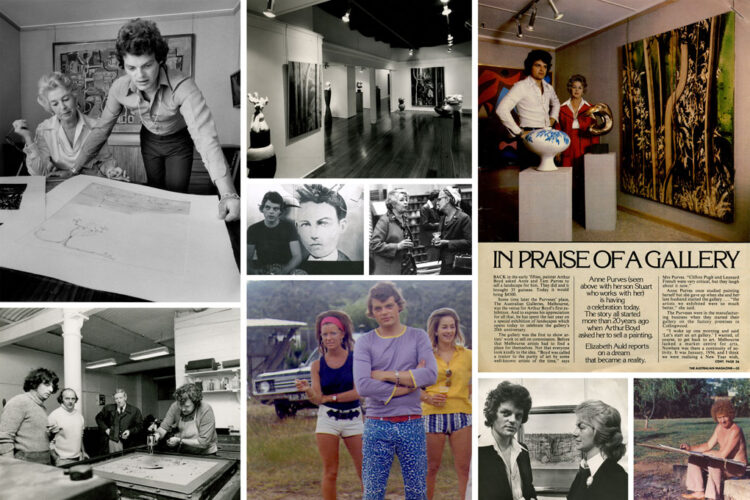 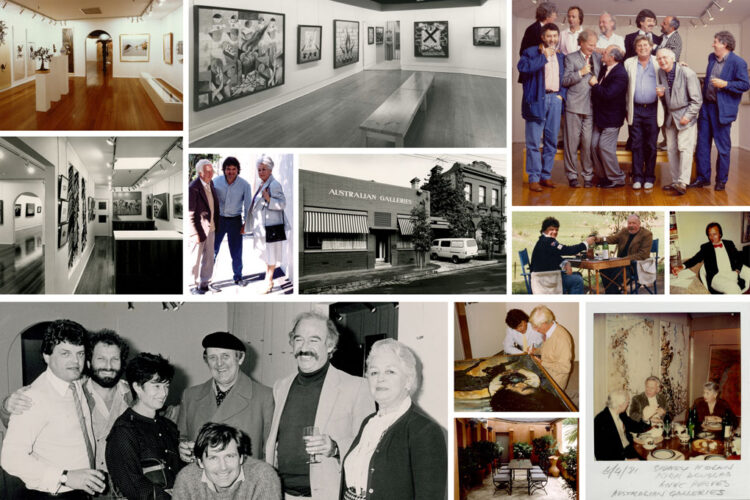 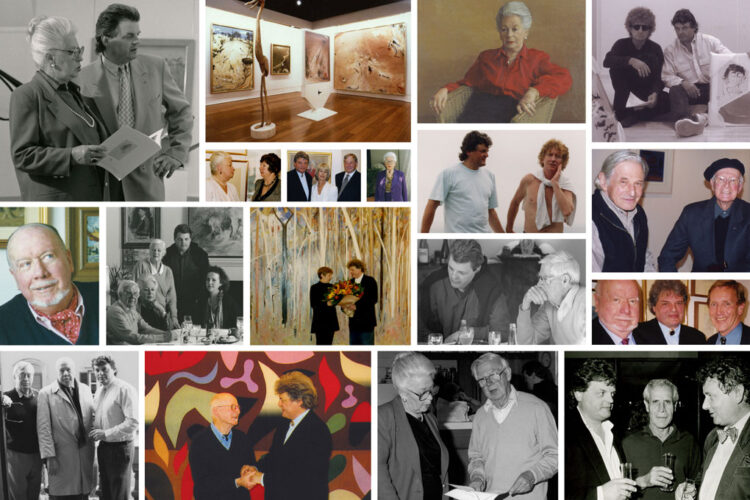 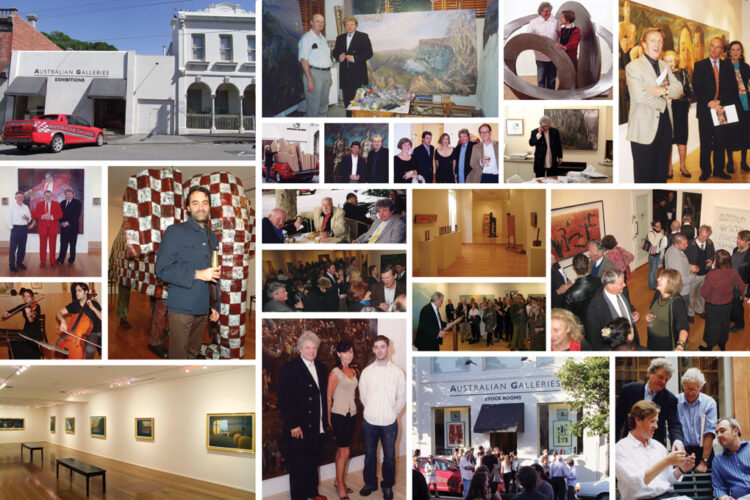 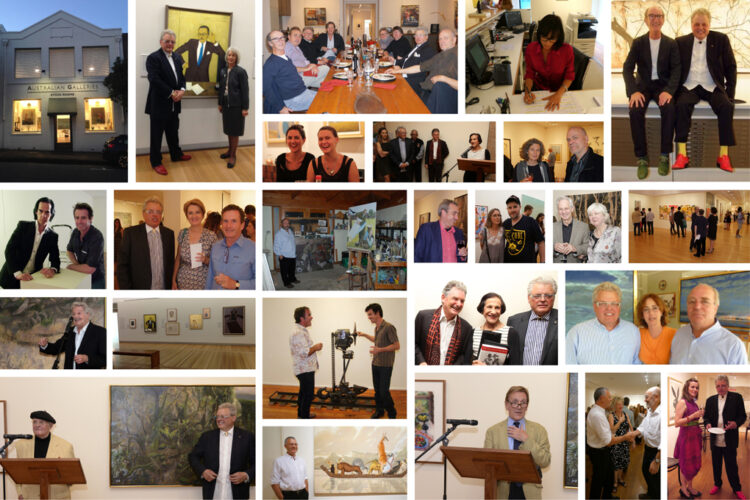