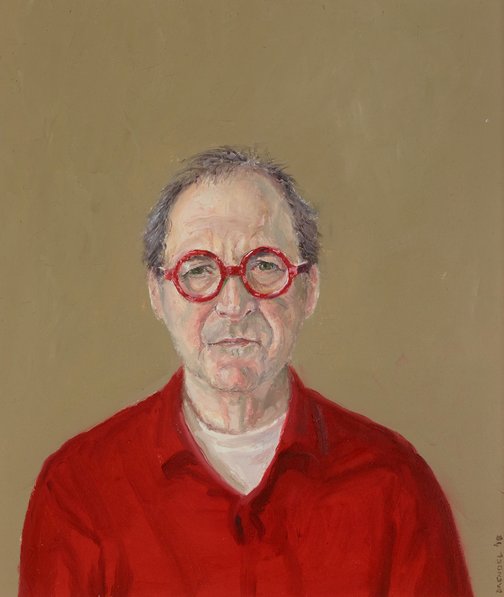 Congratulations to Graeme Drendel, Prudence Flint and Salvatore Zofrea who have been announced as Finalists in the 2018 Archibald Prize and to Tim Storrier, Finalist in the 2018 Wynne Prize.

The Archibald Prize, first awarded in 1921, is Australia’s favourite art award, and one of its most prestigious. Awarded to the best portrait painting, it’s a who’s who of Australian culture – from politicians to celebrities, sporting heroes to artists.

The Wynne Prize is awarded to the best landscape painting of Australian scenery, or figure sculpture, while the Sulman Prize is given to the best subject painting, genre painting or mural project in oil, acrylic, watercolour or mixed media.

‘Michel is well known as a portrait photographer. I have known him for many years,’ says Graeme Drendel. ‘Over lunch recently we got talking about our mutual interest in portraiture and I suggested he sit for me. He was free to choose what to wear but, of course, his famous red spectacles have become inextricably linked with his flamboyant personality. Michel came to my studio for a morning and the painting was done in a single sitting. He was doubtful about the result but luckily his wife Sue was convinced.’

Graeme Drendel was born in 1953 in Ouyen, Victoria, and has lived and worked in Melbourne for 40 years. He trained at the Ballarat School of Mines and Melbourne State College. He has been a finalist in the Sulman Prize twice. This is his first time in the Archibald Prize.

The subject of Prudence Flint’s portrait, Saskia Beudel, is the author of two books of non-fiction, a novel and many essays. She writes about walking, the environment, families and art. Her books have been shortlisted for many awards.

‘Saskia is my most accomplished and courageous long-standing friend and has always lived a driven, independent life. She is striking in her physicality and her quiet internal grace. Her writing is affecting and powerful in a steely, pared-back way,’ says Flint.

‘I first met Saskia in the early 1990s when she was painting large, visceral landscapes; but writing became her true interest. I have watched her lunge into freezing dams, stride up mountains, drive off fully pregnant for long hours across the state, and navigate impossible social situations.’

Born in 1962, Melbourne-based Flint won the 2016 Len Fox Painting Award, the 2010 Portia Geach Memorial Award and the 2004 Doug Moran National Portrait Prize. This is her sixth time as a finalist in the Archibald Prize. Flint studied Fine Art at the Victorian College of the Arts and completed her Masters in Fine Art at Monash University. She currently teaches drawing at the VCA and painting at Monash University. 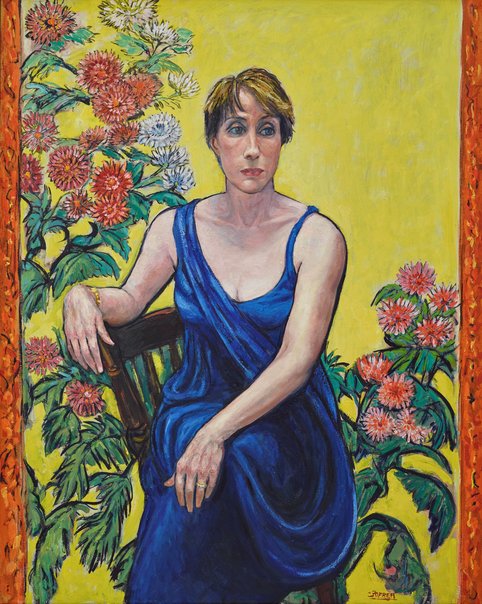 Sally Dowling is a senior counsel of the NSW Bar Association and a deputy senior crown prosecutor. ‘I painted Sally because she is a striking young woman who has strived and achieved in her legal career. I have known Sally since she was ten years old, when I met her mother, my partner Stephanie Claire,’ says Salvatore Zofrea.

Born in Calabria, Italy in 1946, Zofrea came to Australia aged nine. Long established as a distinguished artist, he creates watercolours, pen and wash drawings, fresco and prints (etchings and woodcuts), but his main medium is oil on canvas.

The process of painting this portrait began with taking a series of photographs of Dowling in Zofrea’s studio. ‘We discussed what she might wear, agreeing on a beautiful ultramarine dress, which enabled me to use lapis lazuli, a pigment I love. I placed Sally in front of a Japanese screen depicting flowers and heightened the elegance of her pose using a woodcut impression. Over a cluster of sittings, I was able to capture her strength and quiet authority,’ says Zofrea.

Salvatore Zofrea has been a finalist in the Archibald, Wynne and Sulman Prizes on numerous occasions, winning the Sulman Prize in 1977, 1979 and 1982. 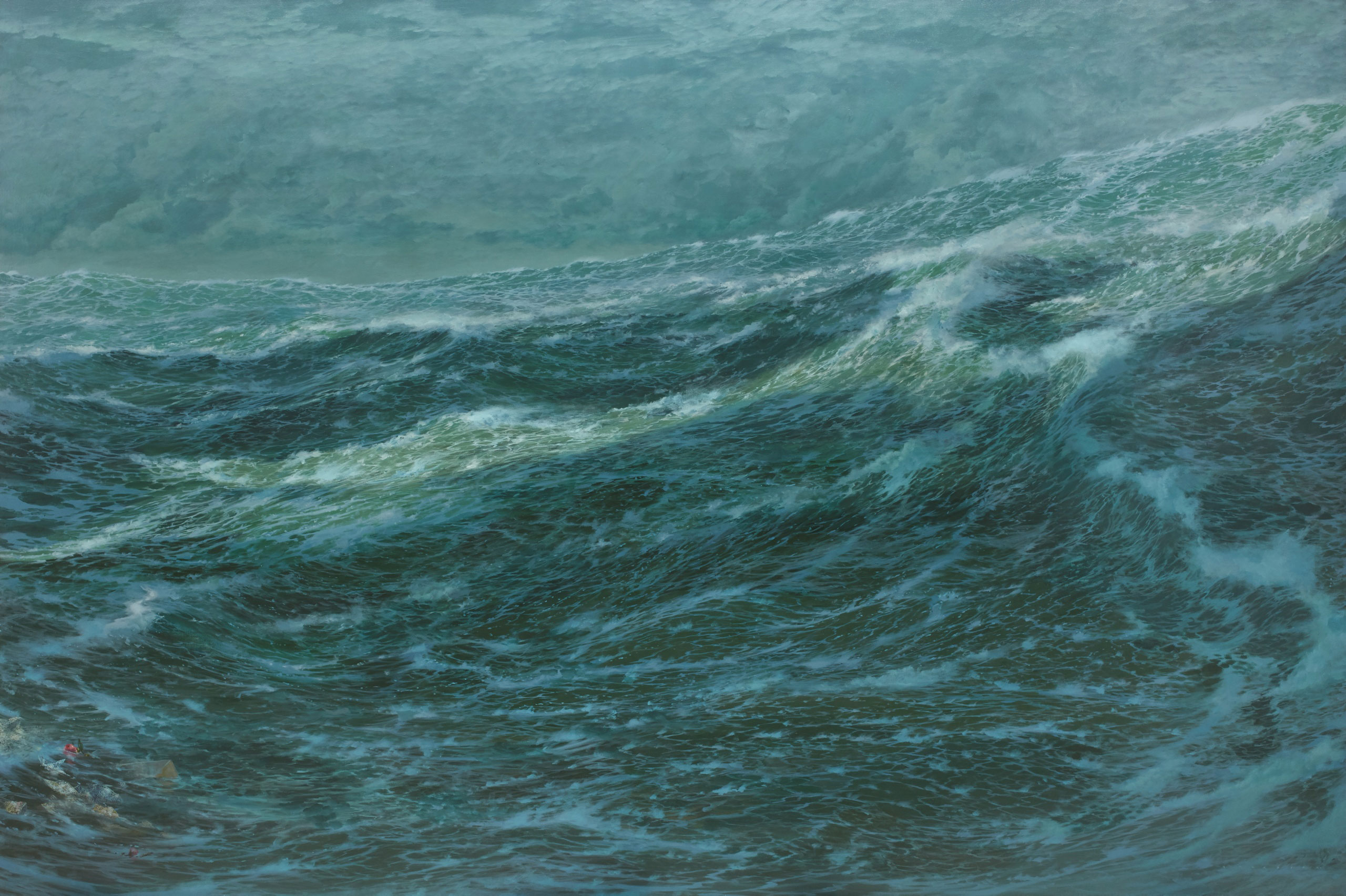 ‘A painting shouldn’t need the artist’s statement to guide understanding. However, the background to this particular picture may be of interest…

Lee Marvin, the American screen actor, died suddenly in Tucson, Arizona, on 28 August 1987. Lee’s widow Pamela and her dear friend Margaret Throsby scattered roses and Lee’s ashes into the sea off Cairns. It was the place Lee loved to fish in Australia. Ashes and red roses into the Pacific had another resonance as Lee had been seriously wounded on Saipan as a marine during the Pacific campaign of World War II.

On 2 April this year, Pamela died. In memory of dear friends…’ Tim Storrier, 2018

The 2018 Archibald, Wynne and Sulman Prize Winners will be announced on Friday 11 May and the exhibitions open on Saturday 12 May. For further information visit: https://www.artgallery.nsw.gov.au/