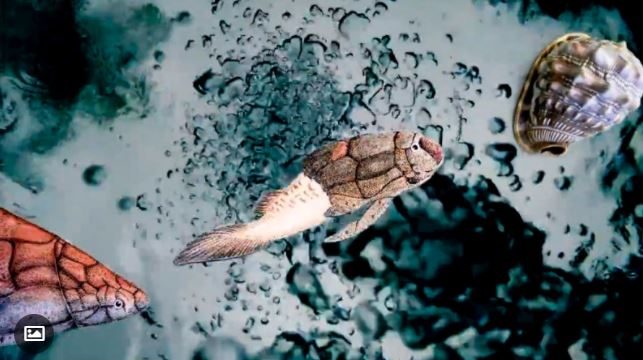 Image above courtesy of the CORRIDOR project

Long before dinosaurs roamed Earth, the mighty rivers of Central West NSW teamed with ancient fishes – armoured fishes, fishes with lungs, and some huge predators with jaws like crocodiles. Thousands of their fossils have been found at Canowindra and provide a unique glimpse into life during the Devonian Period. The Australian Museum has worked closely with the Canowindra fish fossil collection for many years.

During 2021 National Science Week, multi-disciplinary arts organisation the CORRIDOR project programmed and produced a series of online workshops for the general public, which were led by renowned Sydney-based artists. Participants co-created a short animated film based on Devonian creatures and habitats, titled, ‘The Devonian Billabong’.

The conversation will take place online, on Friday 4 February, 12pm – 1pm, via Zoom webinar. Visit the Australian Museum website for further information, and to register for the discussion.