The much anticipated Finalists have been announced for the 2017 Archibald, Wynne and Sir John Sulman Prizes.

Prudence Flint is a finalist in this year’s iconic Archibald Prize with her beautiful oil painting, ‘The meal’  2017, oil on linen, 122 x 102 cm

The subject of Prudence Flint’s portrait, Athena Bellas, currently lectures in Screen Studies at the University of Melbourne. She is about to publish her first book, which explores representations of girlhood on screen.

‘We have an intense friendship and share many interests. She has been modelling for my paintings since she was 14, and has been inextricably linked to their evolution,’ say Flint.

‘The idea for the pose came to me last winter, when I was spending a lot of time at home alone. I wanted to capture the bedroom as the ultimate sanctuary. At first I grappled with the details of the pose; trying to convey an uneasy openness full of intent and possibility. “The meal” refers to reconciling the need for solitude and freedom with the appetite for the outside world.’

Born in 1962, Melbourne-based Flint won the 2016 Len Fox Painting Award, the 2010 Portia Geach Memorial Award and the 2004 Doug Moran National Portrait Prize. She has held solo exhibitions across Australia. This is her fifth time as a finalist in the Archibald Prize.

The Archibald Prize is awarded annually to the best portrait, ‘preferentially of some man or woman distinguished in art, letters, science or politics, painted by any artist resident in Australasia’. The Archibald Prize was first awarded in 1921. In establishing the prize, JF Archibald’s aim was to foster portraiture as well as support artists and perpetuate the memory of great Australians.

Tim Storrier and Salvatore Zofrea are both finalists in the Wynne Prize, which is awarded to the best landscape painting of Australian scenery, or figure sculpture. 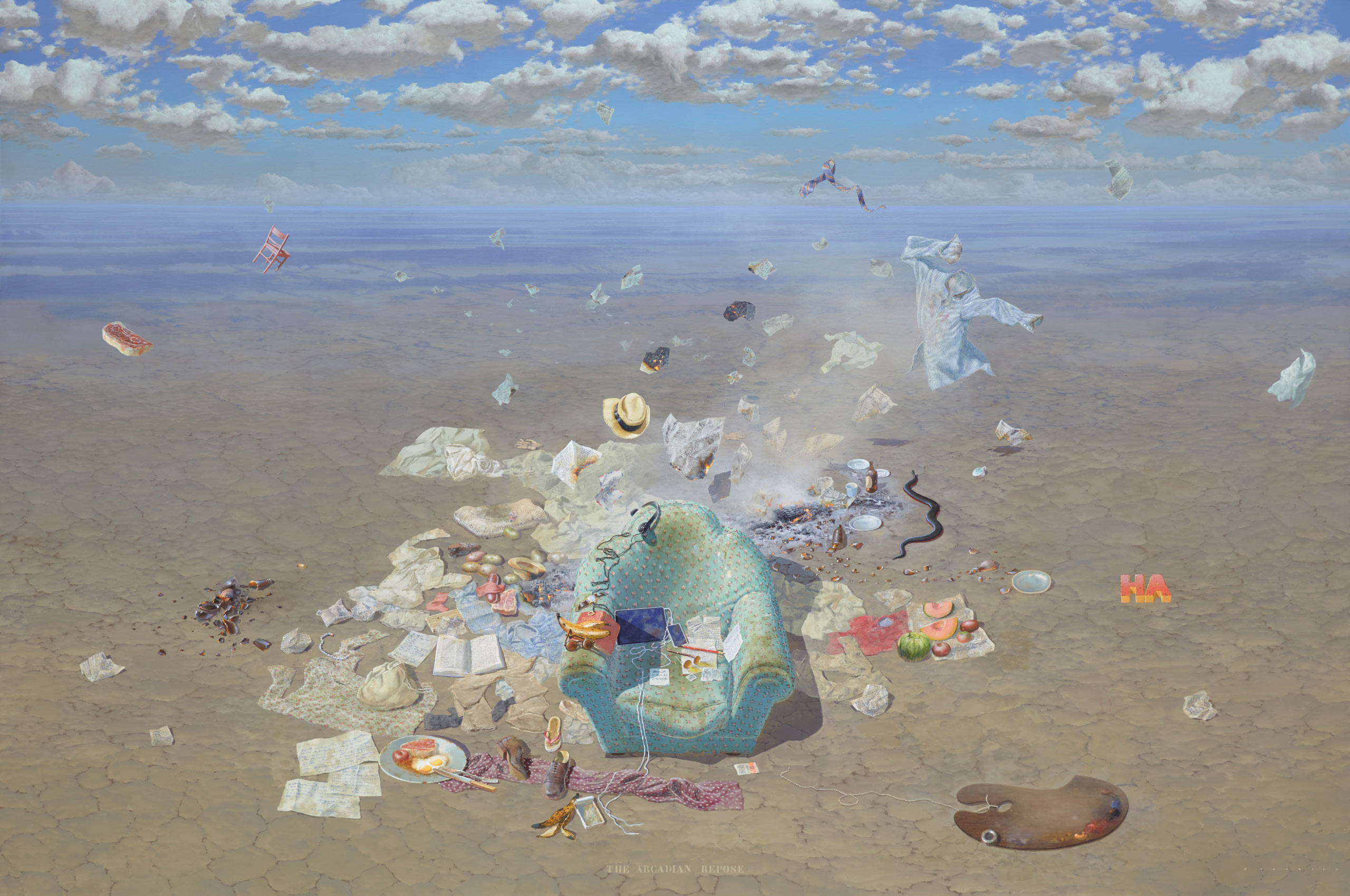 “In my opinion it is axiomatic that if a painting requires an explanatory text it has failed. In this particular painting, the title is explicit.” Tim Storrier, 2017 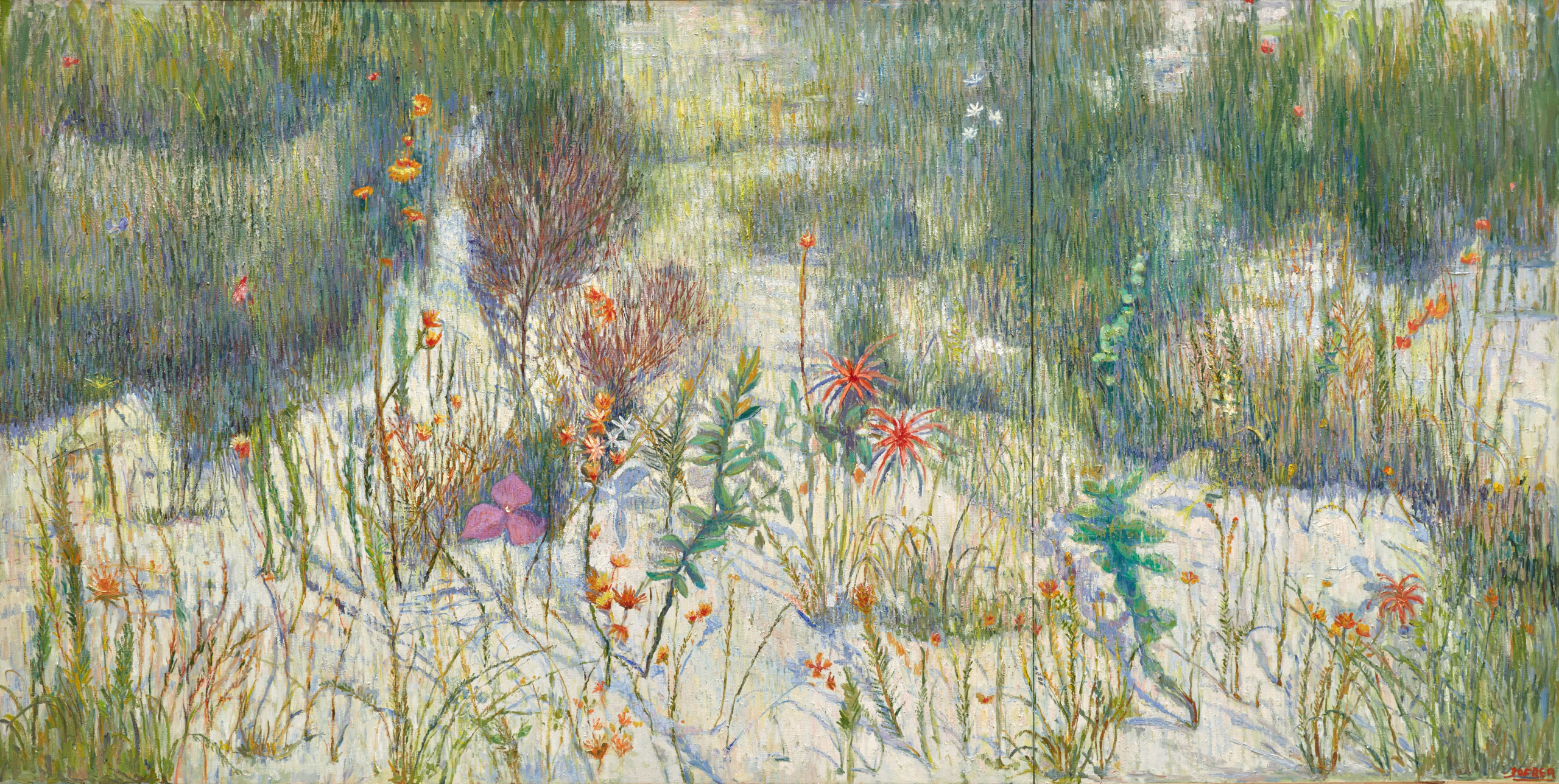 “For me, painting is a meditative process where I become as one with the image in the making. This painting captures the light and beauty of Australian wildflowers in their natural setting. My technique enables me to portray the sun’s energy coming to earth to create this energy of colour. In order to transmit the beauty in front of me to the eye of the viewer, great dedication and concentration is needed.” Salvatore Zofrea, 2017

Glenn Morgan has been announced as a finalist in the Sir John Sulman Prize, which is awarded to the best subject painting, genre painting or mural project in oil, acrylic, watercolour or mixed media. 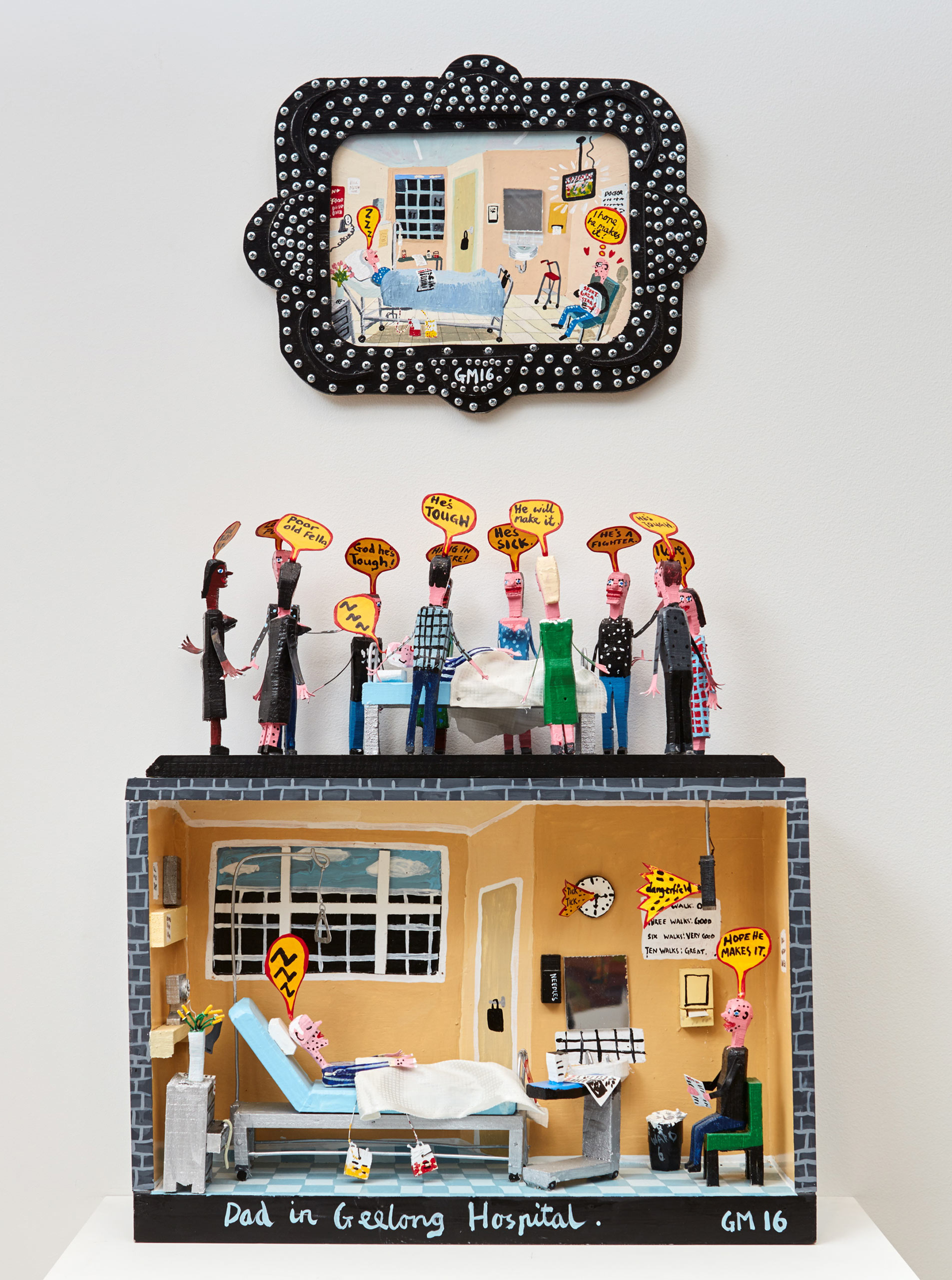 “Last year my dad was very ill and I spent numerous hours by his bedside in the Geelong hospital. This was a very worrying time as we thought we were going to lose him. Luckily, Dad is made of tough stuff and he pulled through.

This work was my response to this upsetting experience. I made the box first, then the small painting and I used a mirror in both works to symbolise a time of reflection. I hung the two pieces together to make one work as a tribute to how much I love Dad. He’s a really good bloke.” Glenn Morgan, 2017