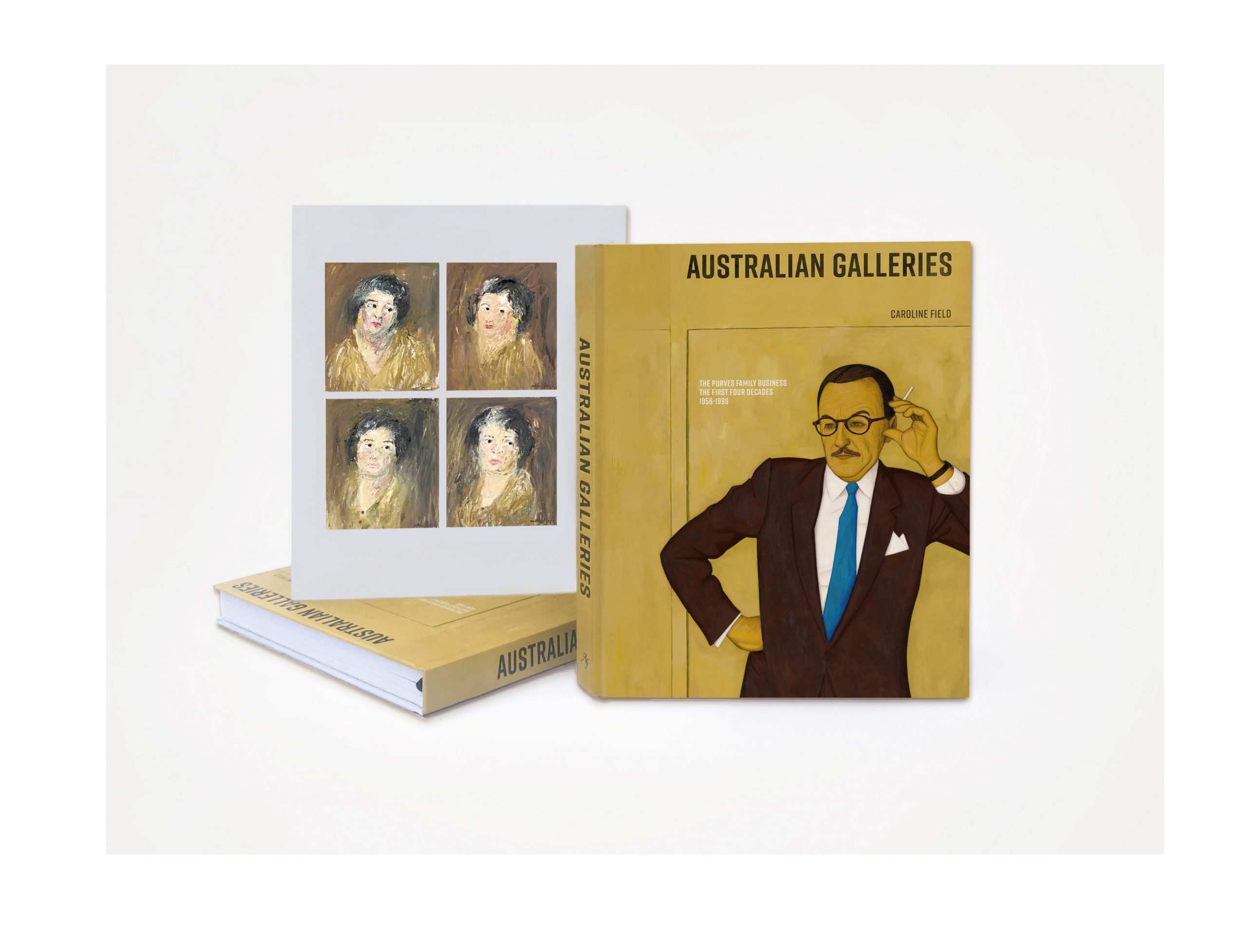 The following is the brilliant speech made by Emeritus Professor Sasha Grishin, AM FAHA at the official launch of ‘Australian Galleries, The Purves Family Business, The First Four Decades 1956-1999’, by Caroline Field, which was held at Australian Galleries Melbourne on Thursday October 31 2019.

‘Tonight, the Australian Galleries is making history. At 320 pages and with a meticulously researched text by Caroline Field and copious documentary illustrations, the book, being launched tonight, is the most comprehensive and scholarly account of any commercial art gallery in Australia. In publications, size does matter, but not as much as quality. The runner up publication would be Jean Campbell’s study of the Macquarie Galleries published in 1988, but in length and scope it falls short by a country mile. Of course, there has been a myriad of large and small format picture books, anthologies and pamphlets devoted to various Australian commercial art galleries – but nothing in the same league as the Australian Galleries book, subtitled The Purves Family Business: The first four decades.

I suspect that this also reflects the significance of the Australian Galleries in the history of Australian art – there has been nothing quite like it, nor will there ever be. When Tam and Anne Purves established this gallery on this spot in Collingwood, over 63 years ago in June 1956, in the Olympic year in Melbourne, commercial art galleries in this country were in their infancy. What I found fascinating in this book, and what I had not fully appreciated before, is how artists almost through a process of osmosis taught the Purves what an ideal commercial art gallery should be like. Very early in the day, Arthur Boyd took Anne Purves aside and taught her how to hang a show and how to make it look good and professional. Shortly after that, John Perceval explained to the Purves the merits of having a solo show (or in the sexist language of the day – a one-man-show) and the need to devote the entire building to an art gallery. Subsequently, Brett Whiteley taught young Stuart Purves something about the theatrics of holding exhibitions. John Wolseley provoked a further breaking of the rules to liberate the display of art. I think that part of the success of the Australian Galleries was that it was a collaborative venture with its artists – it was not simply a shop where artists brought their goods to be sold.

The other thing that is a bit more obvious – the Australian Galleries exhibited virtually every important artist of the day. For example, in the 1950s and 1960s, they included in their ‘stable’, Arthur Boyd, John Brack, Fred Williams, John Perceval, Judy Cassab, Sidney Nolan, Charles Blackman, John Coburn, Noel Counihan, William Dobell, Robert Dickerson, Donald Friend, Roger Kemp, Godfrey Miller, Jon Molvig, John Olsen, John Passmore, Clifton Pugh and Albert Tucker.  In subsequent decades – Brett Whiteley, George Baldessin, Jeffrey Smart, Hertha Kluge-Pott, Colin Lanceley, Tim Storrier, Inge King, Davida Allen, John Wolseley, Garry Shead, William Robinson, Petr Herel, Jock Clutterbuck and Ray Arnold – all joined the stable.  My list is only a sampler – for the whole story, you have to read Caroline Field’s excellent book. It is suffice to say, that it would not be possible to write an account of the history of Australian painting, printmaking and sculpture over the past six decades without discussing in some detail exhibitions held at the Australian Galleries.

This book is a curious double act – it is an account of the history of the Australian Galleries discussing and documenting who it exhibited, why, when and how, over its first four decades – but also it is a biography. It is a biography of the founders of the gallery – Tam and Anne Purves – their lives and the lives of their family and friends. I think that it took a lot of courage for Stuart and Caroline Purves to let it all hang out. To discuss the battles, trials victories and defeats – the strengths and the weaknesses. The author, Caroline Field, remains almost invisible throughout the book marshalling together all her primary sources and frequently telling the story through a collection of quotations. It is a cautious and sensitive biography, but not a sanitised one. I admire the fact that she has allowed the local colour to shine through retaining the authentic voice of some of the key players with some strongly expressed opinions. For example, a quote from Stuart concerning his paternal grandfather. “My father’s father was a bastard – jealous, mean-faced, and nasty to the family – a genuinely horrible and dour man”. Not all of Stuart’s pronouncements are as forceful or as memorable as this one.

The history of the Australian Galleries is punctuated by a number of major, sometimes tragic events. These included a house fire that destroyed the Purveses home and art collection and almost claimed lives in 1968; the premature death of Tam Purves in 1969, when Stuart was only 23 years old; in mid-1984, when, at least in theory, Stuart took over the formal control of the gallery; in late 1988, when the Australian Galleries decided to physically break into the Sydney art market and to open a new gallery space in Roylston Street in Paddington and the sad death of Anne Purves in 1999. This published chronicle of the Australian Galleries contains it all – in full polychrome detail.

I found this a very moving account of an institution and of the people who steered this institution that has been critical for so many of us involved in the visual arts of this country. As I have mentioned to some people earlier, when I was a very small child, my father took me to see an exhibition at the Australian Galleries.  It was on a warm November day in 1957 (a bit like today) that I had my first conscious encounter with art in a commercial art gallery.  I do not remember very much of what I saw, but it did change my life.  There and then I decided that when I grew up I would be an artist and would show my work at the Australian Galleries.  It is irrelevant that neither of these has come to pass, but the impact and the calling stayed. The exhibition was of John Brack’s nudes and it would be more than twenty years later that I would meet the artist.  This is a personal anecdote and I have little doubt that there are dozens of other people whose lives have been changed by this gallery.

The Australian Galleries is a critically important institution that has had a profound impact on the course of art in this country. For me, it is a humbling honour to launch this publication – I congratulate Caroline Field for her scholarship and dedication to her task; the Purveses who over three generation have steered this mighty ship through many years of stormy waters, the patrons and art collectors who have kept this ship afloat, and especially the artists who have made this gallery and this book possible.’