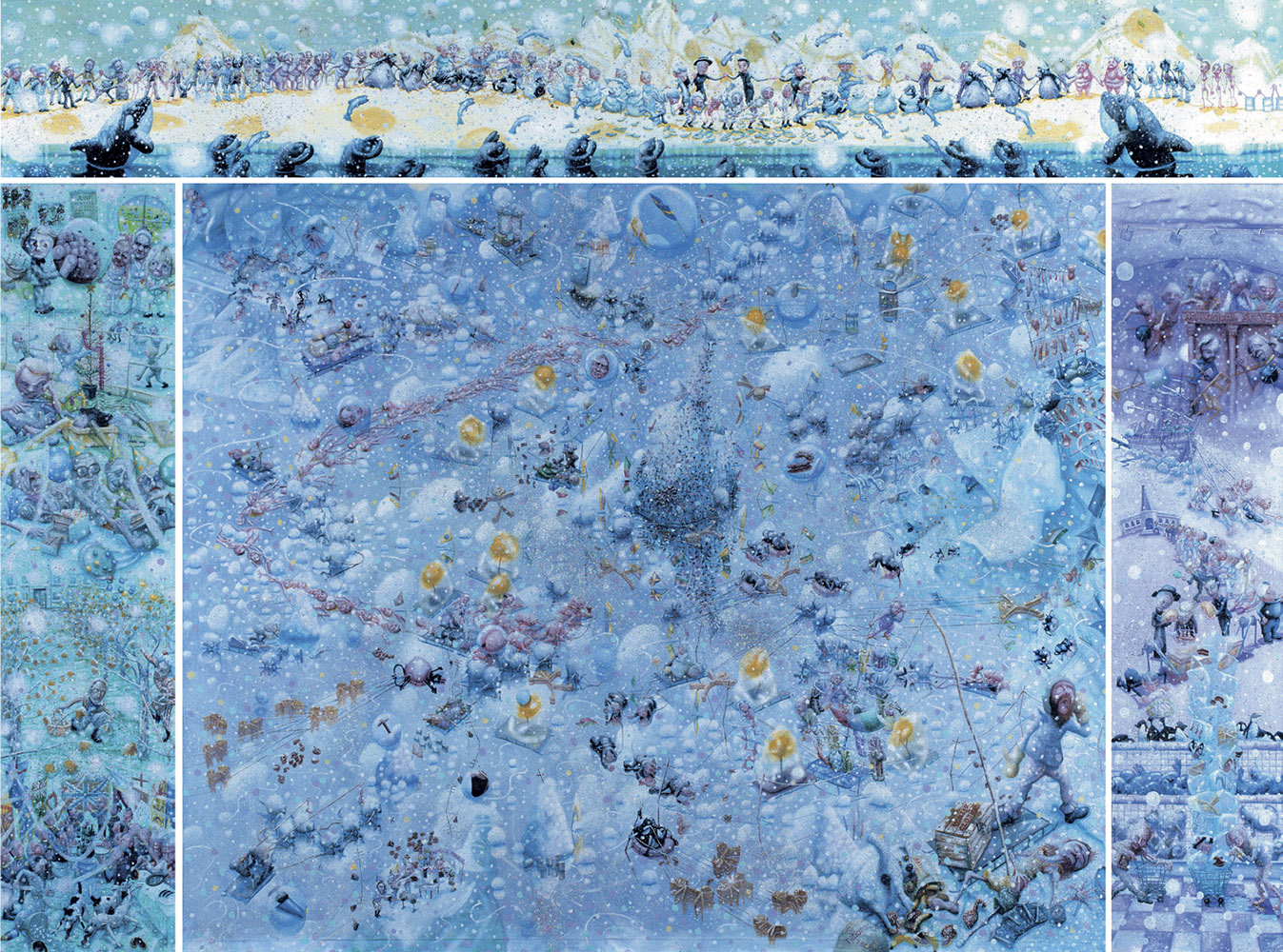 Image above: Cameron Hayes  In the South Pole the explorers were so afraid of not having enough food for winter that they starved to death in summer  2001-02  oil and glitter on linen, polyptych in four parts  188 x 254 cm

We are delighted to share that Cameron Hayes’ exhibition has been featured online with Artist Profile Magazine.

The scholar Thomas Jessen Adams, in an article for Overland, draws an apt line of connection between Cameron Hayes’s paintings and the open-ended dystopias of Breughel. Take the polyptych ‘In the South Pole the explorers were so afraid of not having enough food for winter that they starved to death in summer,’ 2001-2, for example. Across the work’s four frames, dimensions collide into each other, and the horizon constantly slips out from underneath the viewer’s eye. The picture is luscious with detail, painstakingly rendered – and Hayes’s works often take months, or even years, to complete.

This detail, however, is not so didactic as the work’s declarative title might lead us to believe. While many figures are recognisably human, disembodied heads and limbs also float through the space. The scale of the various figures also troubles an understanding of them as situated along the same plane, either of space or of reality. That is, there is a symbolic, metaphorical dimension at work in these works – and, yet, one in which meaning is never entirely resolved, or pinned down.

Cameron Hayes’ exhibition is current until Sunday 2 May, 2021.