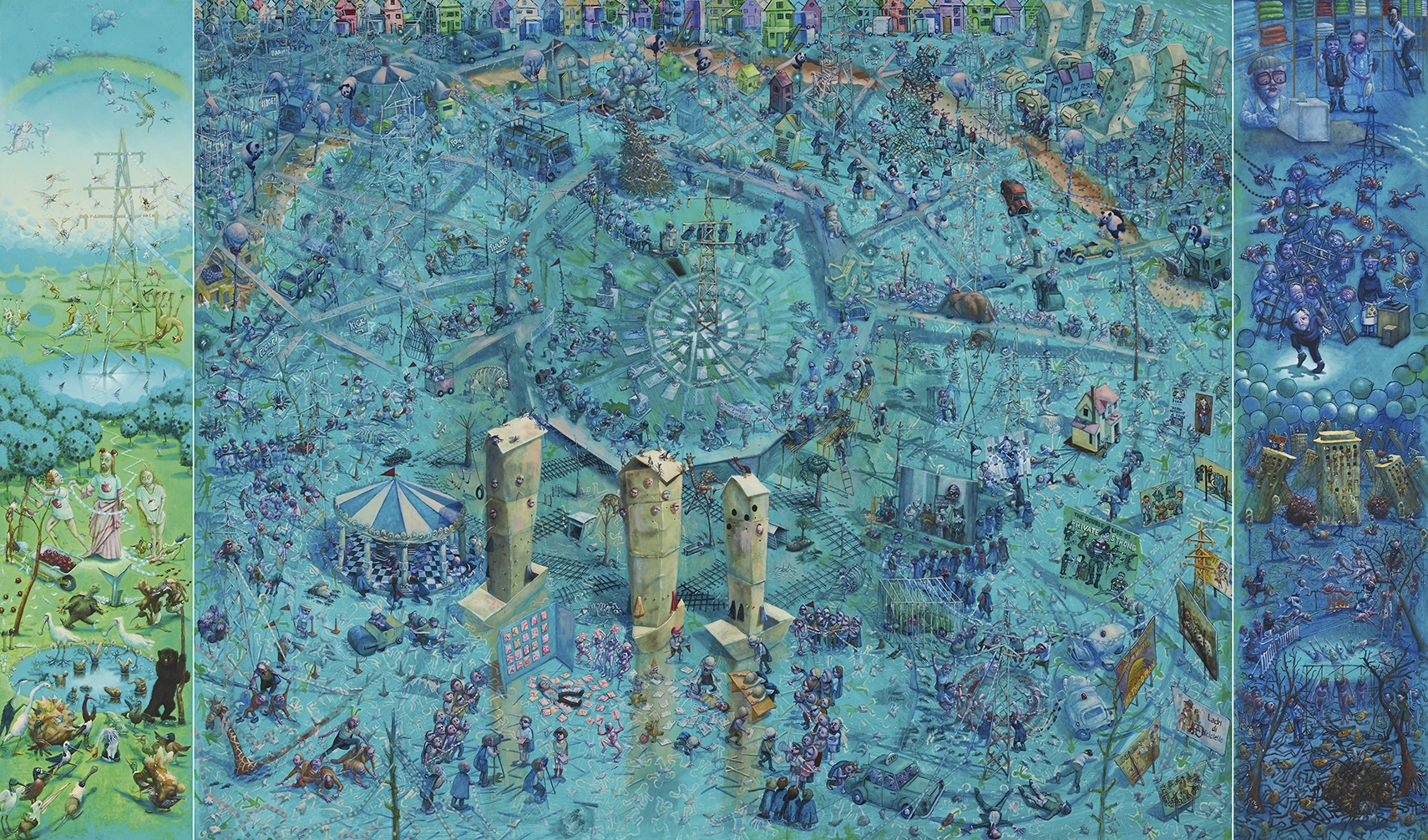 We are pleased to share that Cameron Hayes’ current exhibition has been featured on The ReviewBoard in an essay by philosopher, Elizabeth Burns Coleman. Elizabeth discusses with Cameron his work, She died in the child welfare tribunal, he died in an adult bookshop, after which the exhibition is named.

‘Hayes’ paintings have been described as an exploration of “cultural power structures and contemporary political issues,” yet what I see is a profound ethical vision, and an existential absurdity. To me, Hayes’ paintings speak of human frailty and insecurity, the struggles for status and identity, hypocrisy, and hope.

‘She died in the child welfare tribunal, he died in an adult bookshop’ is structured as a triptych after Hieronymus Bosch’s (1503-4) The Garden of Earthly Delights. A Creative panel, Reality panel, and Consequence panel provide the structure of a moral narrative.

As in Bosch’s ‘The Garden of Earthly Delights’, what emerges from ‘She died in the child welfare tribunal, he died in an adult bookshop’ is a moral lesson. It is a warning about the delights of shaming, and the epistemic uncertainty within which we make moral judgements. We cannot know “the truth” or sum up a person in terms of a moment of their lives. To do so is to perpetuate a profound injustice.‘ – Elizabeth Burns Coleman

Cameron Hayes’ exhibition is current until Sunday 2 May. For more information, click here.

This article was first published by The ReviewBoard and is reproduced with permission.