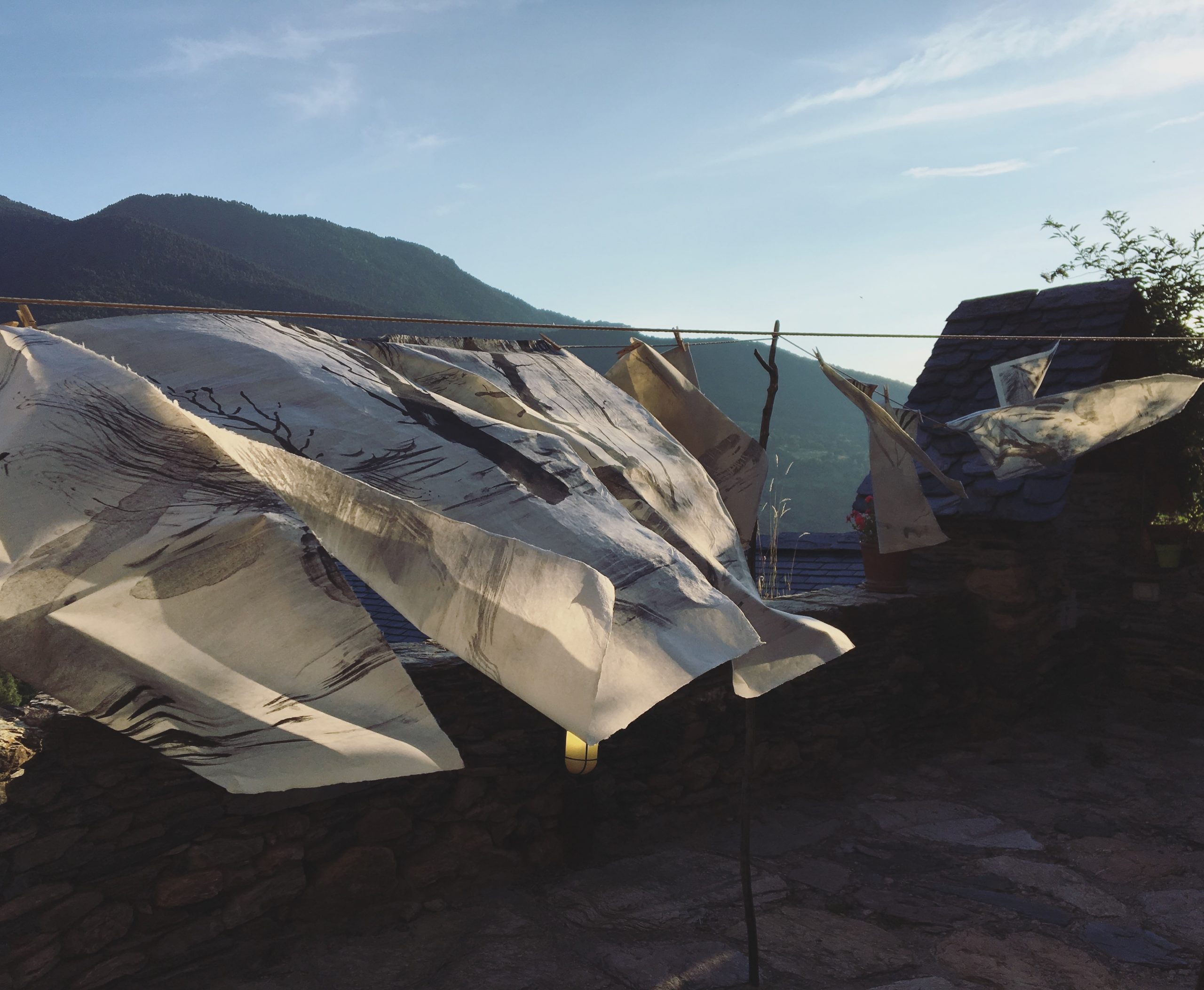 Having spent many years acquiring the knowledge and skill required to practice the unique Mokulito process, Danielle Creenaune is highly regarded for her work in this field. In the following post, Danielle generously shares her personal insight into this unusual form of printmaking.

Mokulito, otherwise known as Lithography on wood, is a form of printmaking based on principles of lithography using wood as a printing matrix instead of limestone. The technique was developed by professor Seishi Ozaku, in Japan in the 1970’s under the name Mokurito. In Japanese, Mokurito translates as Moku meaning wood, while rito is short for lithograph. For some unknown reason in the West, the term Mokulito was adopted. Josef Budka and his daughter Ewa have realised further development of the process in Poland in the last decade. 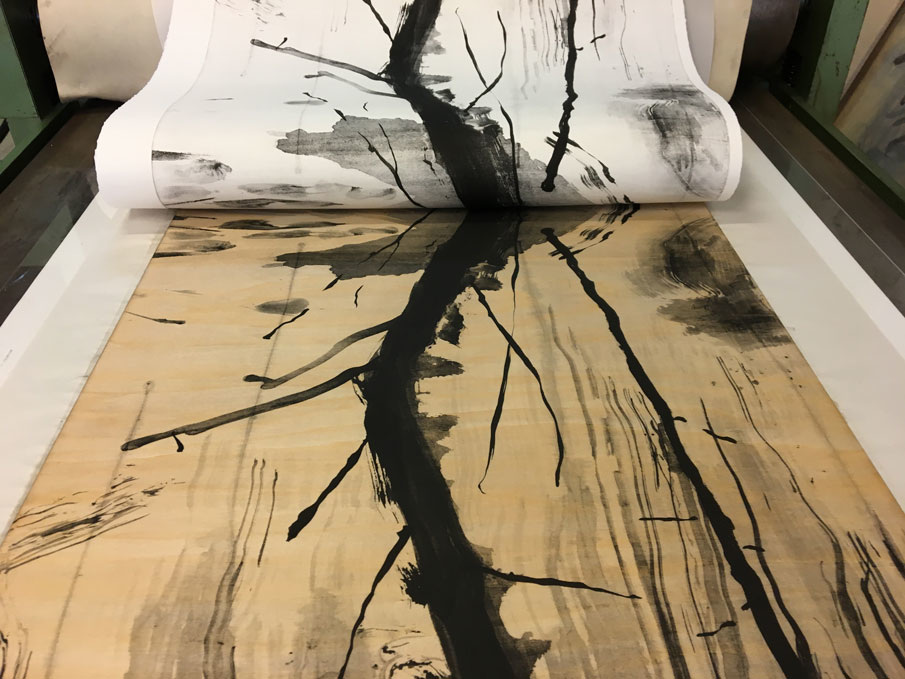 “Since 2013, I have been incorporating Mokulito into my own practice, adapting the process, combining it with elements of the traditional Japanese method, traditional stone lithography and also those stemming from my own discoveries. At the time, when I discovered the technique via Ewa Budka’s video, I had been printing wood textured backgrounds and overprinting with traditional lithography plates. It was exciting then to discover a technique which in essence combines elements of both and also the possibility to carve the wood and achieve the effects of relief printing. At the time, there was nowhere in Europe to learn the technique and I found no critical studies published, so I embarked upon self-initiated research.

I reached out to other artists who were working in the technique around the world and we started a dialogue regarding our approaches, materials, techniques and sharing our findings. It took me some years to develop the technique to the point where I considered the results of a quality to stand by my other works in lithography and intaglio. Mokulito can be very sensitive but also can appear crude at times, so my aim was to refine this and achieve the delicacy and range of marks to best show the subtle nuances of the wood within my images.

To give a simplistic description of the technical process, a sanded plywood surface is drawn on with lithographic drawing materials such as tusche and paint markers. I use a range of woods depending on the visual effects I want to achieve, such as Tilia Japonica, Birch, Maple and Marine Ply. Once the drawing is dry, the plate is dusted with talc and a layer of gum arabic is applied to the surface which serves as an etch to protect non-image areas. The plate is left to dry to be printed another day. The same lithographic principle that oil and water don’t mix applies. The gum arabic is washed off before printing and the matrix is ready to be printed in a similar way to traditional lithography keeping the surface damp, applying ink using a roller and running through the press. Any type of printmaking or Japanese paper can be used either damp or dry. 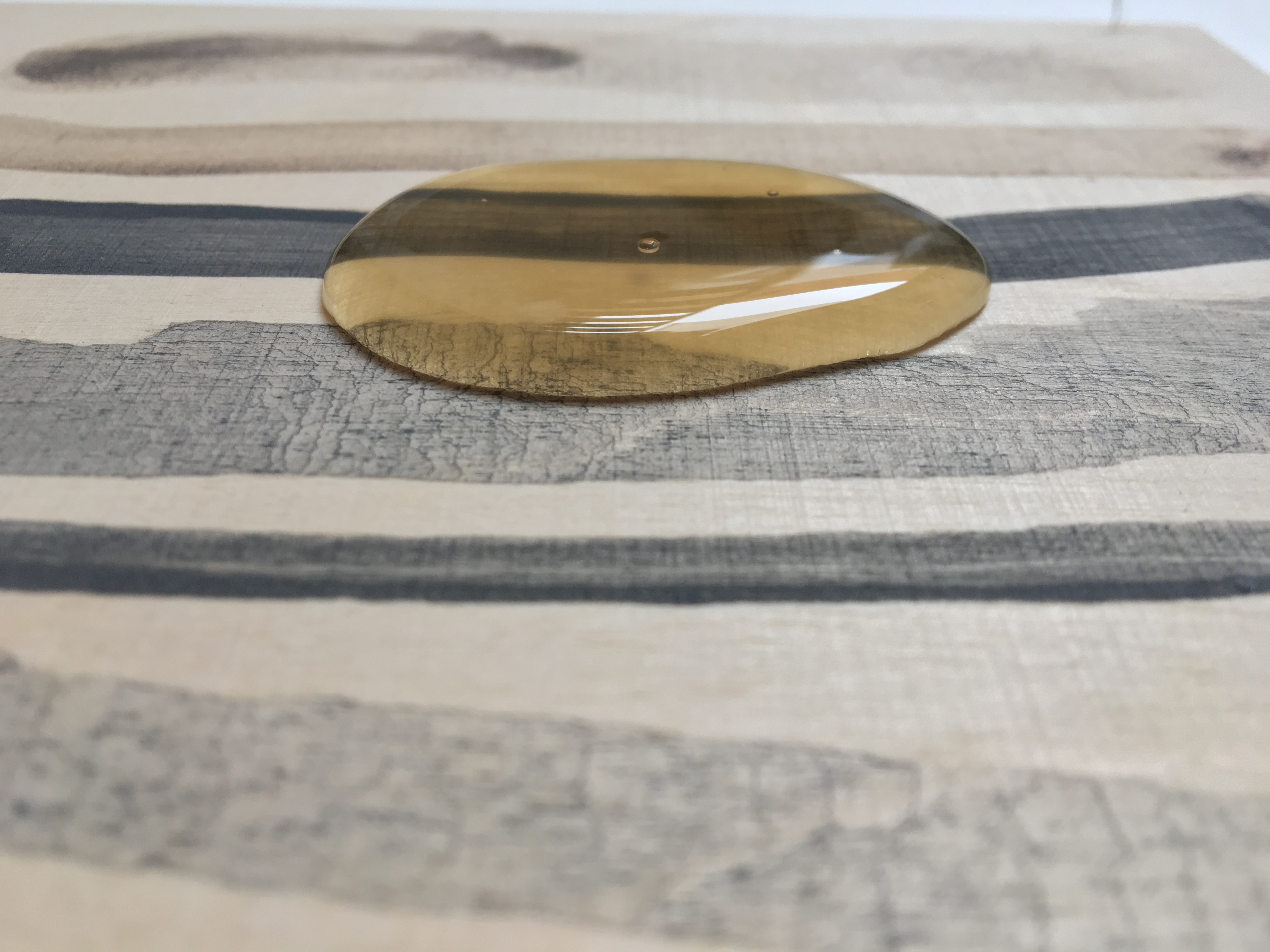 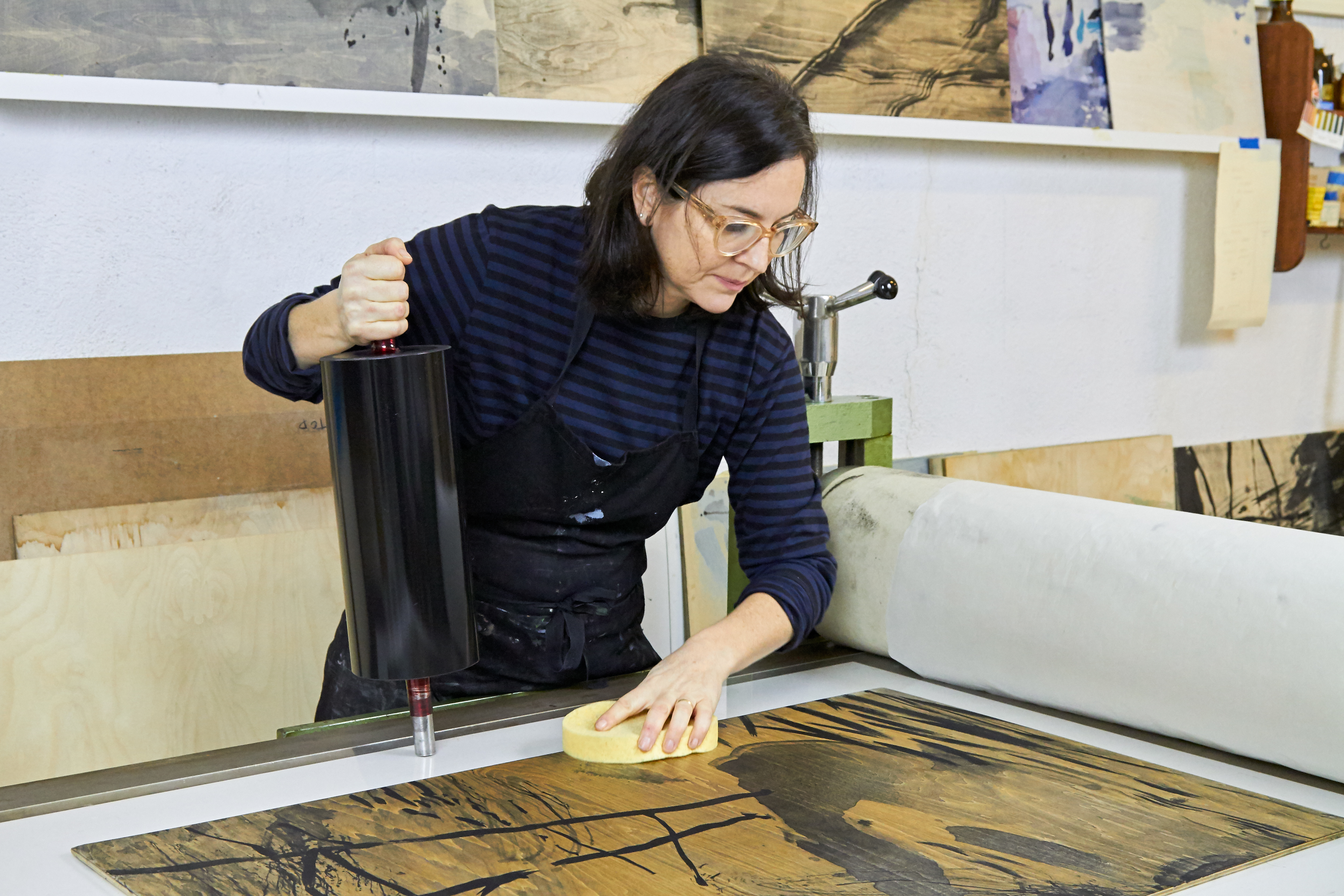 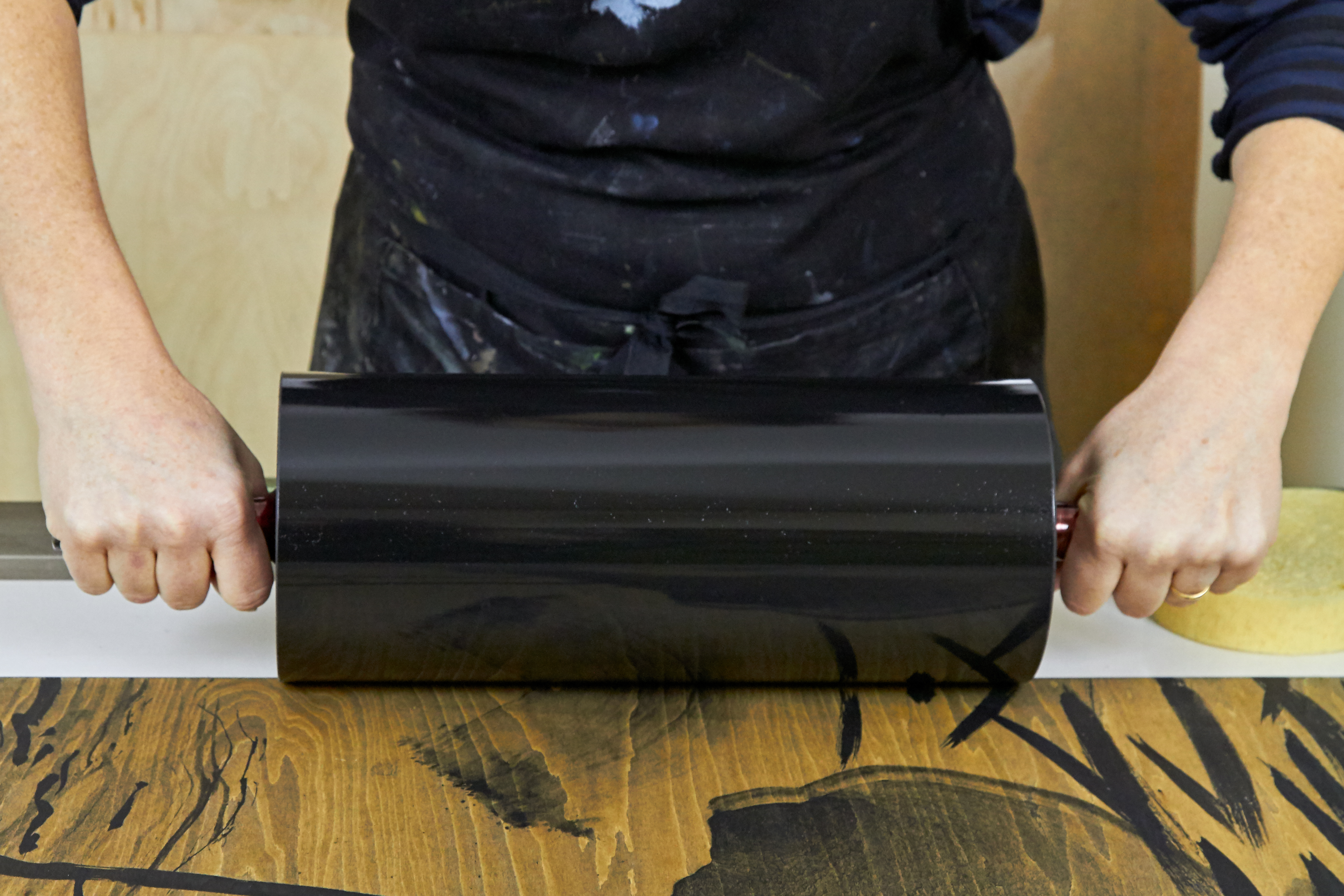 Some unique characteristics of Mokulito are that it produces small editions usually of under 15 prints, each of which have slight variations. The image provides a wood texture which can also be combined with woodcut. As the editioning progresses, the wood texture generally becomes more prevalent and tones are altered until the image gradually deteriorates. The image matrix is somewhat unstable in contrast to traditional lithography and is generally not reused, washed out or reprinted at a later stage. When thinking in terms of traditionally editioned forms of printmaking, some of these elements may be viewed as disadvantages however, I find them liberating as they allow for surprising results. The temperamental nature of Mokulito with it’s many variables, paves the way for innovation and endless possibility. 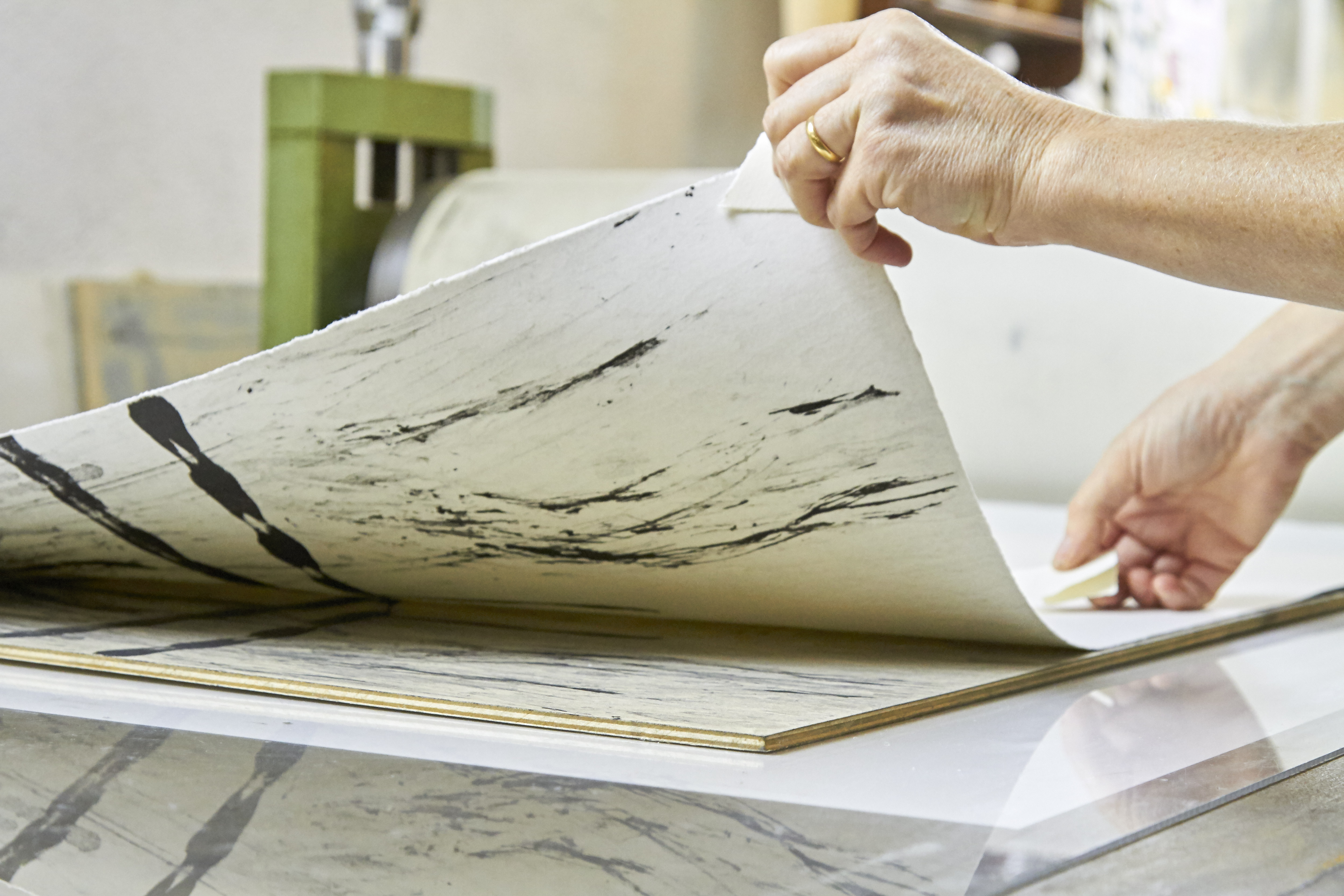 I believe the characteristic of variability is central to Mokulito. Each piece of wood is different and has its own unique properties, resins, growth rings and grain. Although the wood is treated, it is an organic material and will have different characteristics from piece to piece and from region to region. Since moving back to Australia in 2019, my research has involved working with Australian hardwoods in order to understand how our native species behave in Mokulito.”

We have a selection of Danielle’s artworks, including Mokulito prints, available to view and purchase online. Click here for more. Additionally, below is a preview of some new works for her upcoming exhibition which will be available later this year. 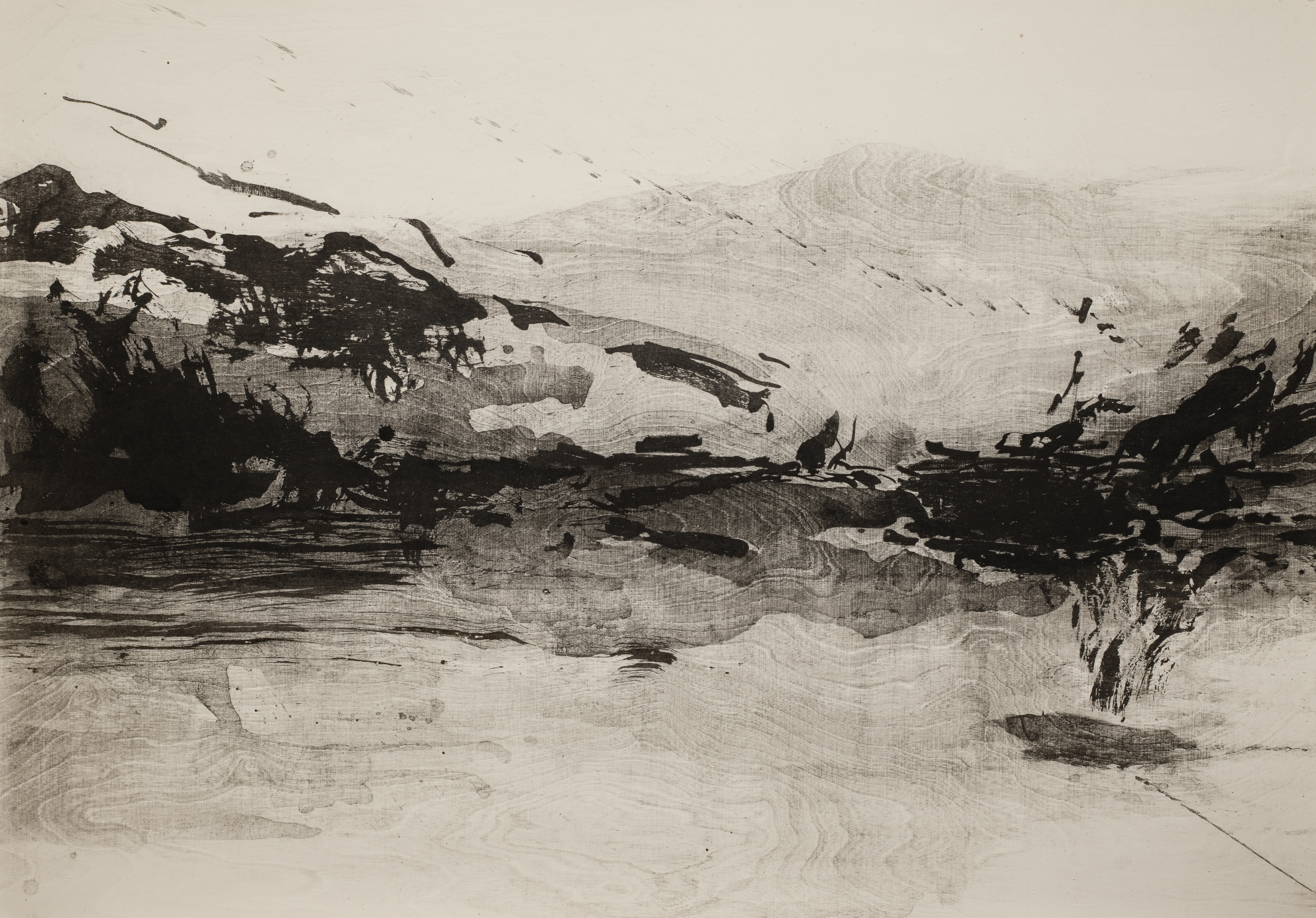 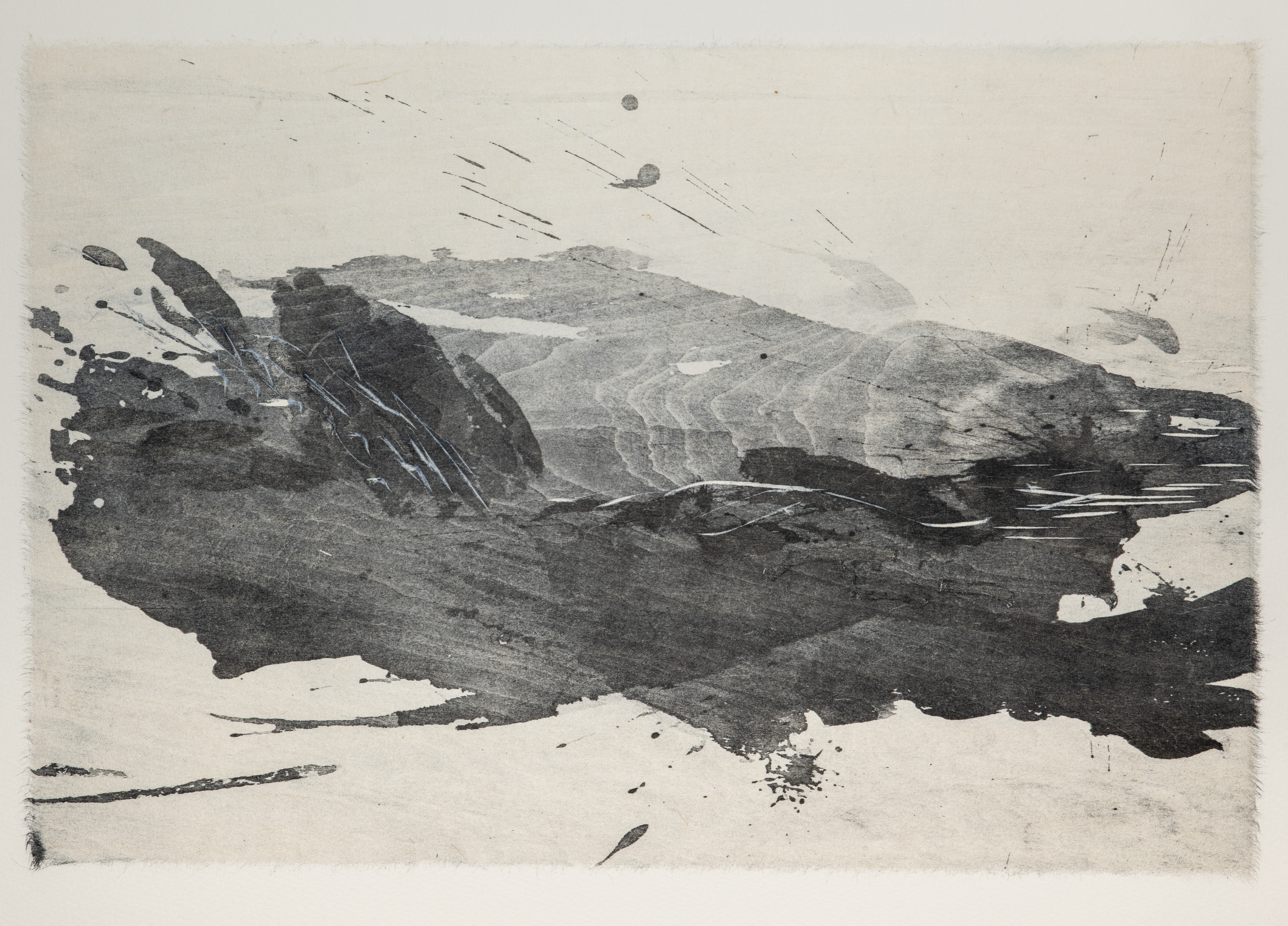 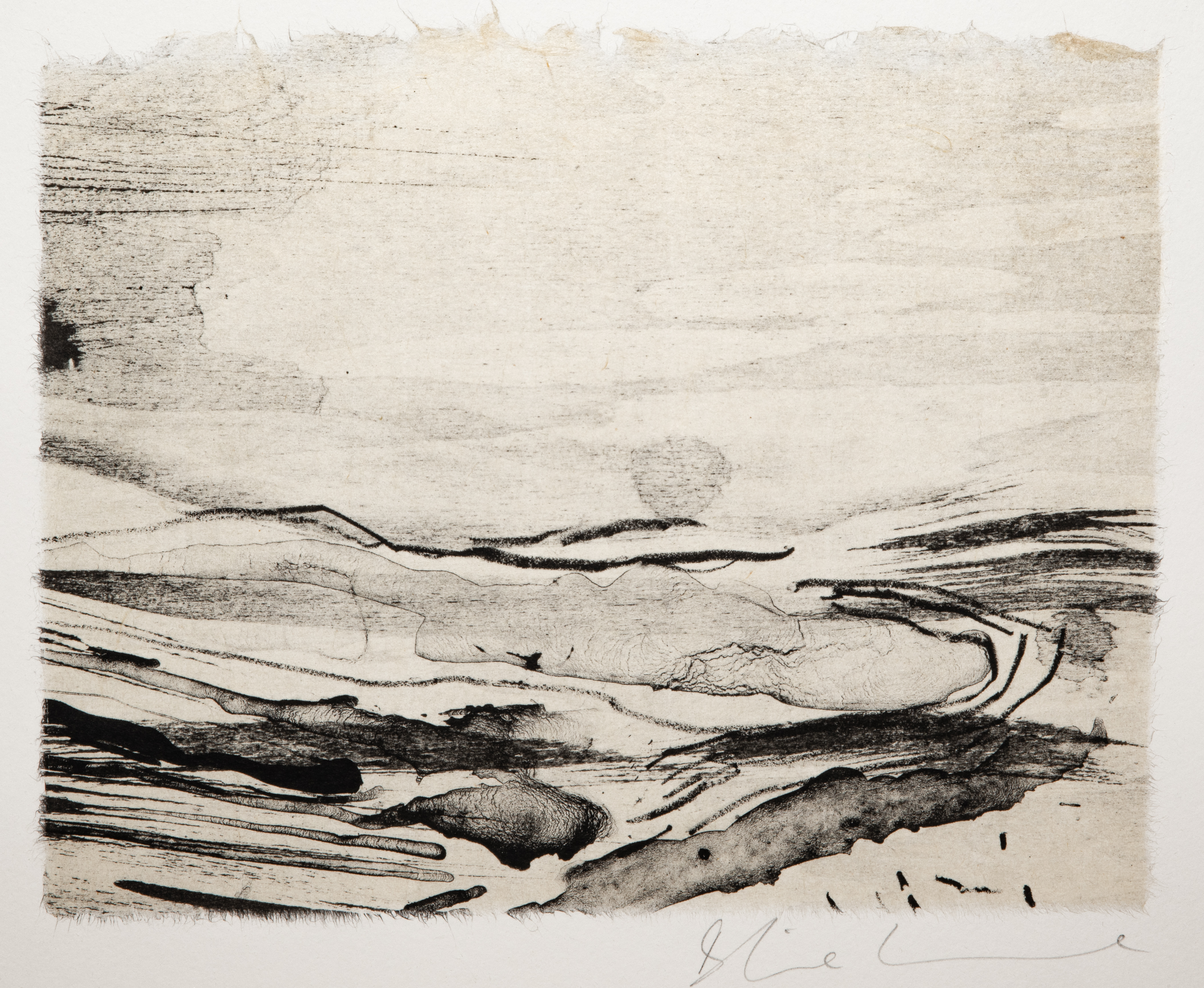 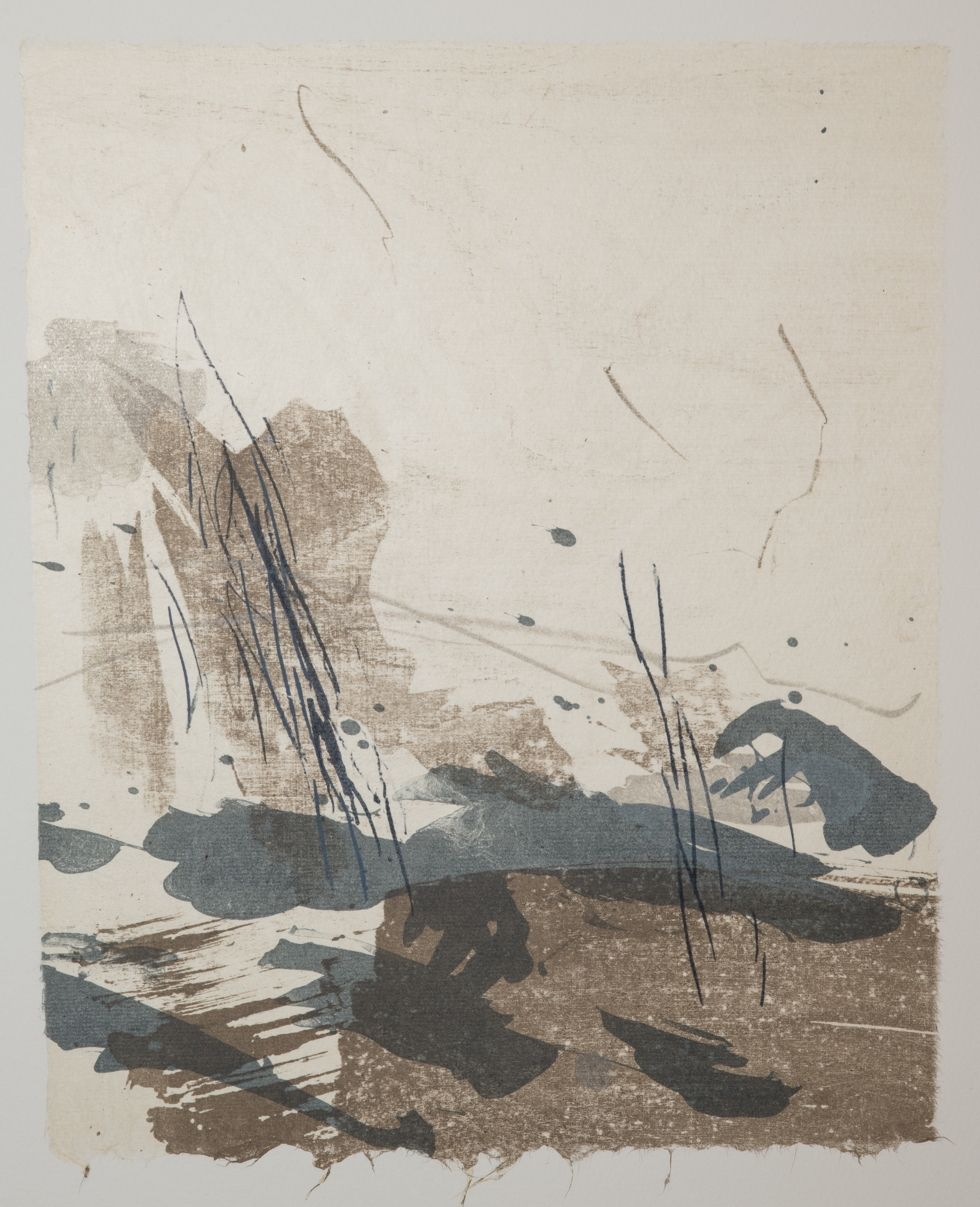 All photographs courtesy of the artist, Danielle Creenaune.