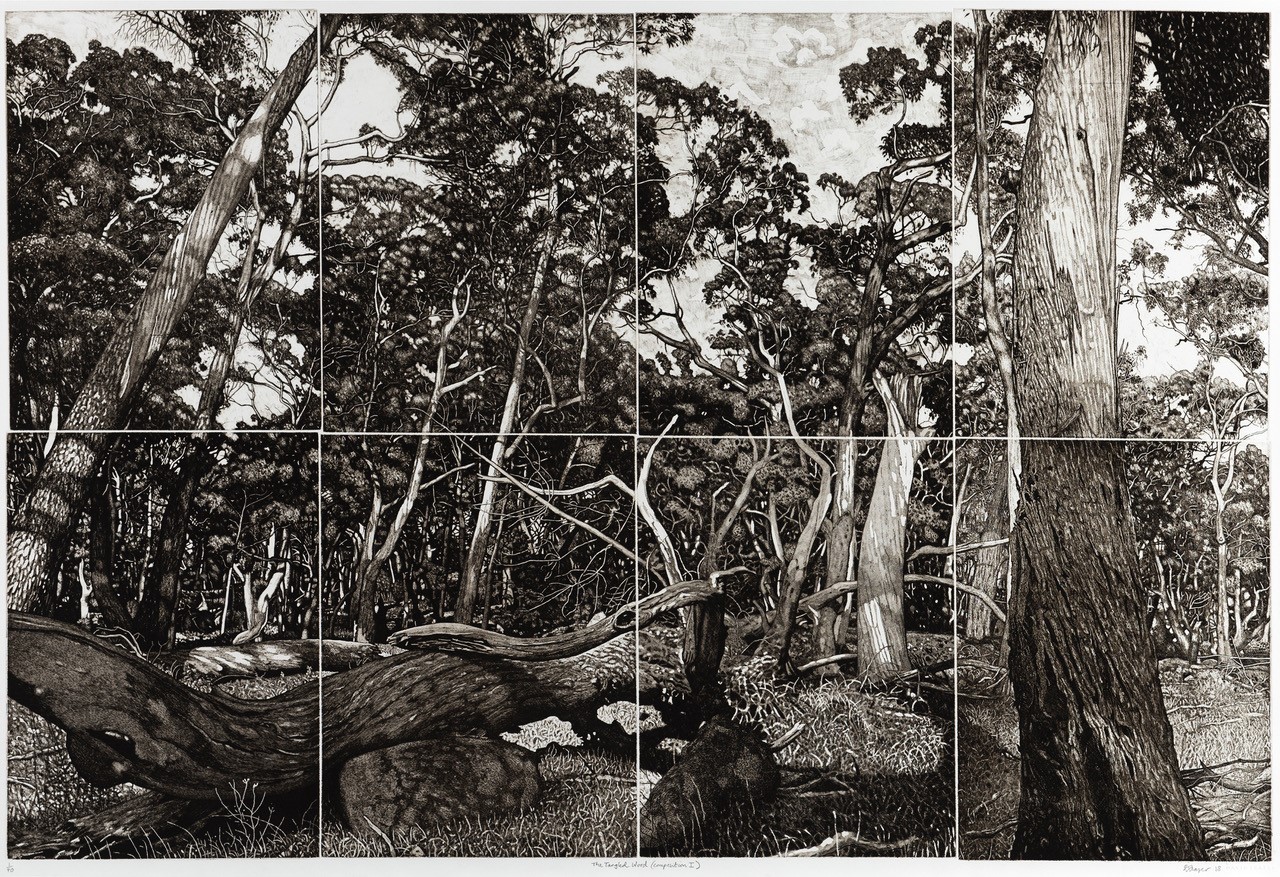 Congratulations to David Frazer, winner of the $8,000 ECM – Engineered Construction and Maintenance Invited Artists Award in the 2019 Cossack Art Awards for his incredible work, ‘The Tangled Wood (Composition I)’.

From humble beginnings in Western Australia’s resources heartland, the Cossack Art Awards have grown in size and stature over the years to become the richest acquisitive art award in regional Australia. Now in its 27th year, the Cossack Art Awards continue to grow both within the region, as the highlight of the cultural calendar and across Australia, as a nationally significant art prize that attracts an extremely high calibre of participation from across the nation.

The annual event, set amidst the historic buildings of Cossack, a small heritage listed ghost town some 1,600 kilometres north of Perth, attracts thousand of people every year. For three weeks across July and August, the small town of Cossack comes alive with hundreds of vibrant artworks showcasing the very best artistic talent across the Pilbara and Australia.

“The detail in this work is astounding and shows great depth in the piece. The way the cross sections do not quite meet up actually adds a great element to the work in continuing the eyes interest in the organic movement of the trees. A meticulous execution, which shows a variety of technique but perhaps the greatest achievement is the artist’s ability to continue the sense of dappled light throughout the piece, a marathon achievement, not easily executed.”

To view the winners of this year’s award visit the Cossack website. The exhibition runs from 21 July – 11 August 2019 and the gallery is open daily from 10am – 3pm.