Congratulations to artists Deborah Williams, Glenda Orr and David Frazer who have been selected as finalists in the Peebles Print Prize 2019 at Queenscliff Gallery & Workshop (QG&W)

Located in Victoria on the Bellarine Peninsula’s coastal town of Queenscliff, the QG&W has a focus on printmaking and other works on paper, proudly showing the work of over 70 Australian artists/printmakers. As well as operating the gallery space, QG&W also offers art and printmaking workshops and printmaking studio access.

In 2017, the QC&W established the Peebles Print Prize (PPP), named after Australia’s leading mezzotint printmaker Graeme Peebles, as a significant print prize representative of the highest level of printmaking in Australia, solely focused on the intaglio technique. Graeme Peebles studied and lectured at RMIT and is a multi-award-winner in his field with his work collected privately and by institutions around the world. Being a purist, Peebles’ print method is traditional and in keeping with a process taught over past centuries. He has over 40 years of printmaking knowledge and experience and is highly regarded amongst his peers.

This year, preliminary selection will be conducted by Graeme Peebles with the QG&W directors, and the award judged by master printer Bill Young and Geelong Gallery Director Jason Smith.

The official opening and announcement of the winner will be made at midday on Saturday 21 September. RSVP to attend is essential, via the website. The exhibition of finalists will run from September 21 to November 24.

The PPP19 once again aligns with the Geelong Gallery Acquisitive Print Award (GGAPA). QG&W is honoured to be able to continue their support with a residency for the GGAPA 2019 winner. This strong collaboration with Geelong Gallery creates a strong message for Australian printmaking. Together QG&W and Geelong Gallery have purposely aligned the dates of these two prizes – something that is sure to enhance the exposure nationwide for both exhibitions.

– Winner of the PPP 2019 receives a prize of return economy airfares, accommodation, one week of art/print courses, full access with most materials included at Scuola Grafica in Venice, and prize money of $6,000
– Highly Commended Award $2,000
– ‘People’s Choice’ award $500

Deborah Williams is widely renowned for her dynamic and poignant representations of dogs. At the heart of Williams’ bold and sensitive work is her deep connection to and respect for the unique nature of the canine. Through devoted attention she reveals the absolute essence of the animal, leading the viewer into powerful contemplation of each truly individual being. Williams works across a wide range of printmaking techniques with deft technical skill and a bold and refined sense of space and composition, revealing in her sophisticated works a profound respect for both her chosen medium and the animals she portrays.

Glenda Orr’s art primarily focuses on critically engaging with issues and concepts of biological diversity, human ecology and natural ecosystems, particularly forests and woodlands. Her love of the ‘bush’ stems from her childhood spent playing in the dry sclerophyll forests on the steep gorge banks of the Georges River in southern Sydney.  This love of the natural world and curiosity as to how it worked, led to her careers as a research biologist and then, natural resource policy analyst. Glenda also spent much of her spare time in the later 1980s and 90s volunteering as an environmental activist, especially working with the Forest Campaign Group of the Australian Conservation Foundation on the South-East Forest campaign in NSW. 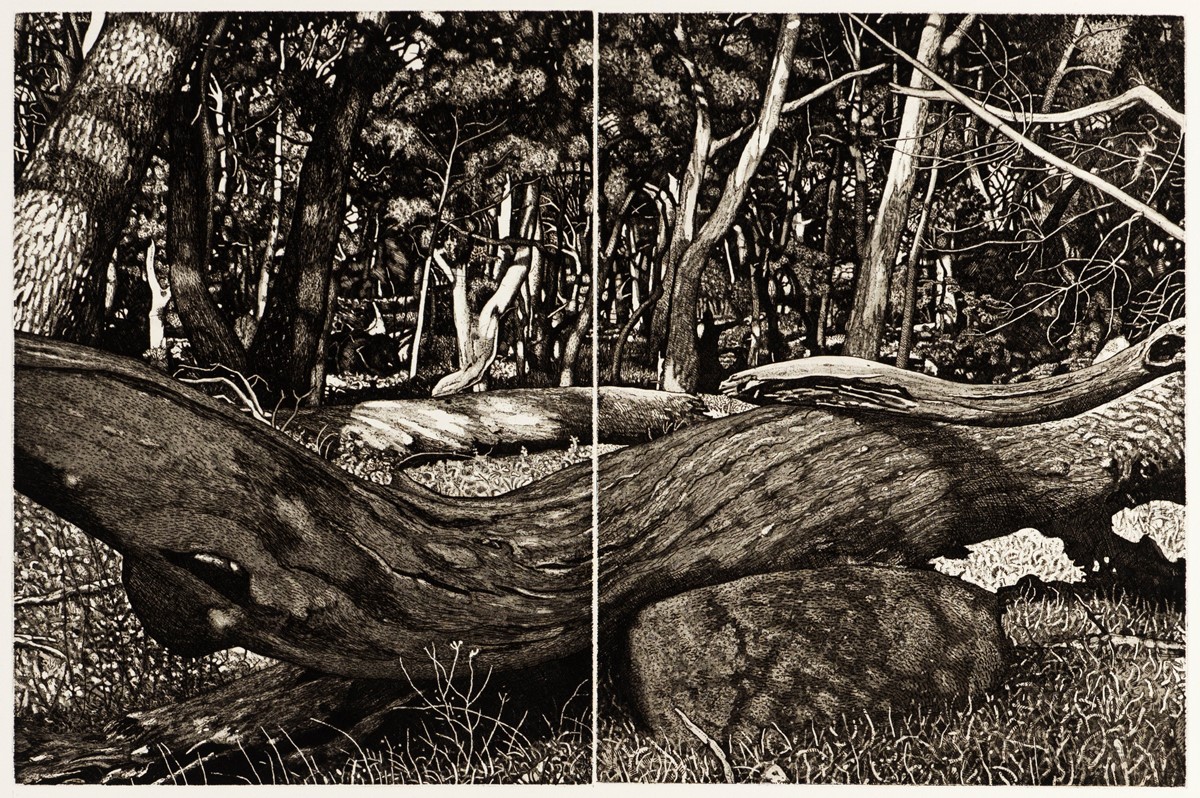