Congratulations to our artists Pam Tippett and Michelle Hiscock for their portraits, which have been selected as finalists in the 2018 Portia Geach Memorial Award

Sometimes referred to as the female Archibald Prize, The Portia Geach Memorial Award is Australia’s most prestigious art prize for portraiture by women artists. The Award was established by the will of the late Florence Kate Geach in memory of her sister, Portia Geach. The non-acquisitive annual prize is awarded by the Trustee for the entry which is of the highest artistic merit, ‘…for the best portrait painted from life of some man or woman distinguished in Art, Letters, or the Sciences by any female artist resident in Australia during the twelve months preceding the close date for entries.’

The Portia Geach Memorial Award was established by the bequest of (Florence) Kate Geach to honour her sister, artist Portia Geach who died in October 1959. Born in in Melbourne in 1873, Portia Geach studied design and painting at the National Gallery School, Melbourne from 1893 to 1896 winning a prize for her nude painting. In 1896 she won the first travelling scholarship awarded to an Australian to study at the Royal Academy of Arts in London, where she remained for four years. She seemed destined for a successful artistic career. The Portia Geach Memorial Award seems an appropriate legacy and ensures that, over fifty years after her death, women artists in Australia are encouraged and supported in their endeavours.

John Waters has had a long and distinguished career as an actor and musician. He performed in the iconic musical ‘Hair’ shortly after his arrival in Australia from England in the late 1960s. Since then he has been a familiar face in many television series including a twenty year stint in ‘Playschool’. As well as acting for television he has appeared in many Australian movies. He developed a musical tribute to John Lennon, ‘Looking Through a Glass Onion’, which has toured extensively in Australia, the United States and England.

When the opportunity arose to paint John for a community event in the Southern Highlands where we both live, I was very pleased. It was a chance to not only paint someone with an interesting face but also a relaxed physical presence. He proved to be an entertaining sitter, with great stories from his acting and musical experiences and his interesting and varied life.

I was fortunate to find in Kate a wonderfully generous sitter with a deep instinct for the creative process, although the challenges were evident from the moment she took her position in front of the easel. Apart from the highly entertaining conversations which made deep concentration difficult, there was the fact that the ideal actor’s face is a broad, smooth surface without too many peculiarities; an elusive mask on which light and shade produce a kaleidoscope of different moods but which at the same time maintains an appealing and striking sculptural form. I wondered what it must be like to make art with one’s body in space; to radiate emotions and thoughts so that we feel them in turn. And then there is the passage of time, from seeing her on screens and in magazines in my childhood to discovering her as a friend of a friend and a neighbour.

Which Kate was I attempting to paint, the glamorous images of her from my youth which seemed to hover in front of her like a diaphanous veil, or the woman, very close to my mother’s age who has hurried over to my studio unadorned – or some composite suffused with memory? 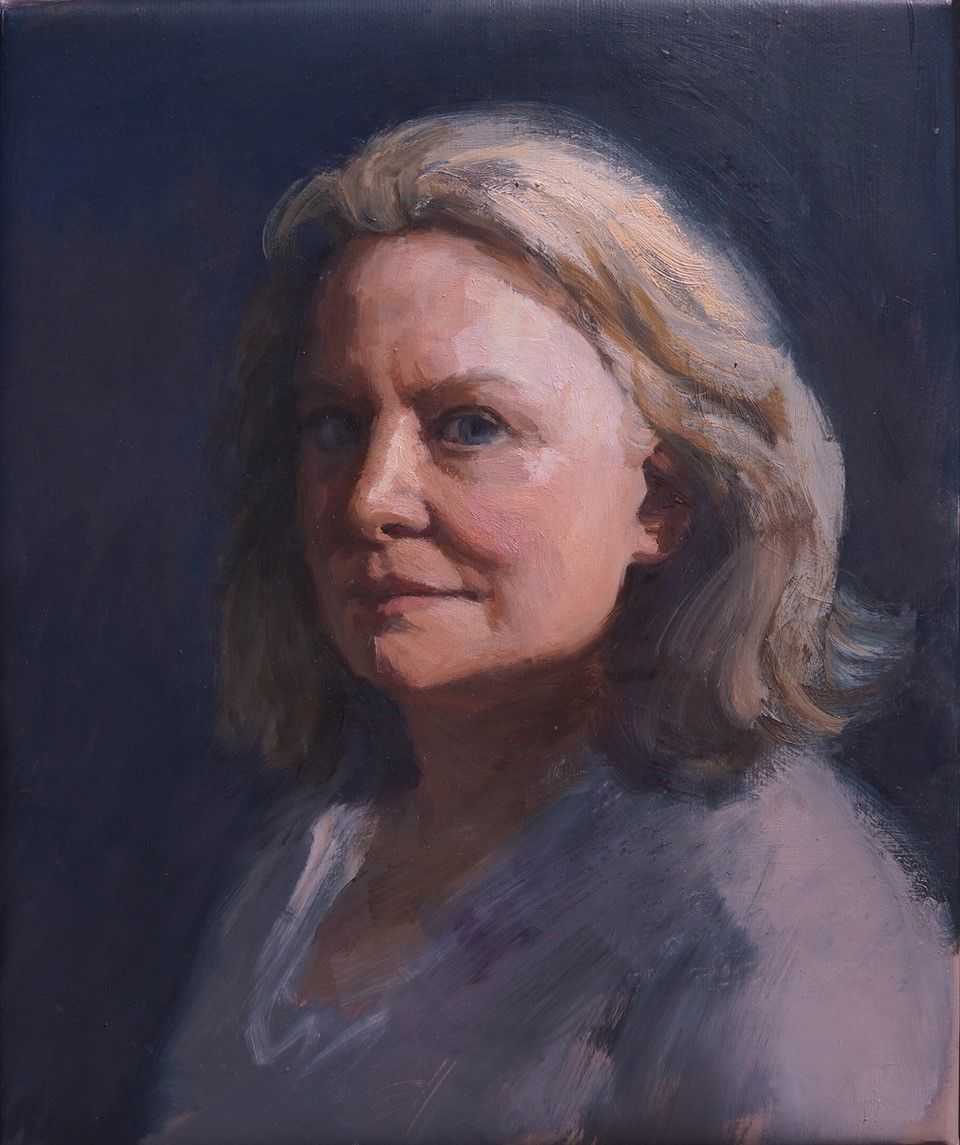 The exhibition will be on display at the S.H. Ervin Gallery from 12 October – 2 December 2018.