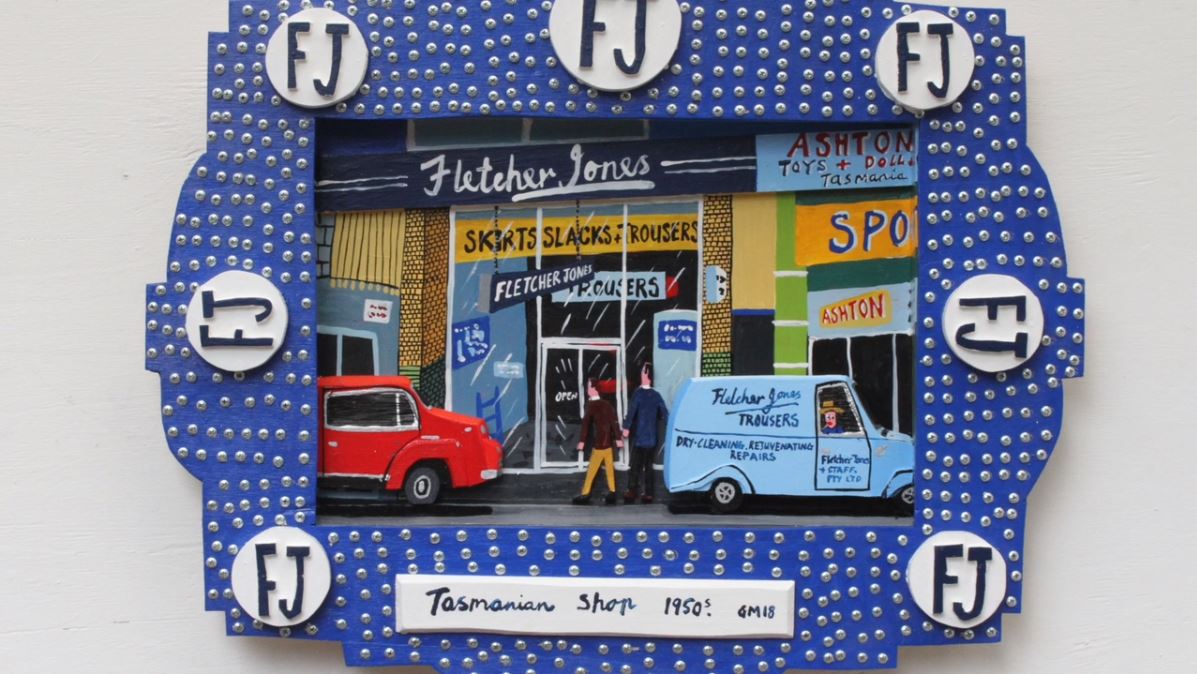 Fletcher Jones (FJ) was a highly regarded business man from Warrnambool, who owned the Pleasant Hill Factory, which is home to the much loved Silver Ball and Fletcher Jones Gardens that were both state heritage listed in 2006. FJ and his business became synonymous with Warrnambool and both played a huge role over several decades in the life and prosperity of the town and the thousands of people who were employed there. After many years of neglect, a campaign started in 2012 to highlight the community’s connection to the FJ Story in Warrnambool. Led by artists and community groups, the deterioration of the Pleasant Hill site steadily gained attention as people shared stories, photos, artworks and movies inspired by the FJ story.

The Fletcher Jones site is integral to Warrnambool’s cultural identity.

Morgan’s new series is a contribution to the FJ Stories Project that was established to engage with and document the ongoing collection of stories, anecdotes and images of Warrnambool’s past and continuing connection to Fletcher Jones – the man, the business and the Pleasant Hill Factory site in Warrnambool.

Morgan will be exhibiting this colourful new series at the Factory Arts in Warrnambool from 11 – 26 August 2018, and then subsequently at Australian Galleries in Collingwood from 23 October – 11 November, 2018.