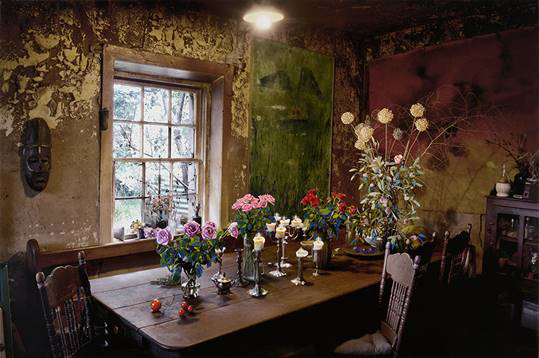 The finalists were selected from over 600 entries – the highest number of entries to the Gallery’s still life award in its ten year history. Artists from all states and the ACT, and at all stages of their careers, are represented among the finalists.

Congratulations to Greg Weight, who is a finalist with the magnificent work pictured above, Bohemian table  2017, overpainted photograph on canvas, 63 x 93 cm

“We’ve been bowled over by the number of entries and their variety,” said Gallery Curator Jo Besley. “Changing the Award to welcome entries in all media has opened the doors to a much wider field of artists working in all types of contemporary still life. It’s exciting to see that STILL has – in its very first year – been recognised as an important, nationally significant opportunity for artists.”

A total of 63 artists have been shortlisted. The selected artworks include painting, drawing, photography, printmaking, ceramics, glass, sculpture, video, printmaking and textiles.

The award itself will be judged by Lisa Slade, Assistant Director Artistic Programmes, at the Art Gallery of South Australia

Image courtesy of the artist