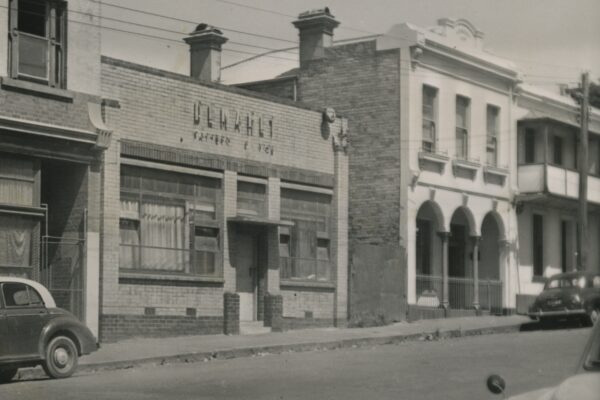 1956 Exhibiting space in the side gallery of the original Collingwood building with a Romesse pot belly stove for heating the gallery. 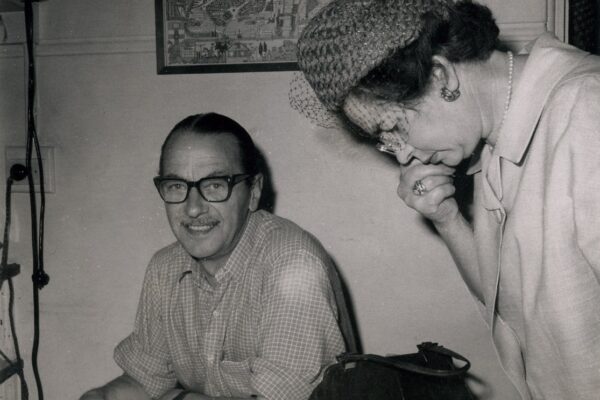 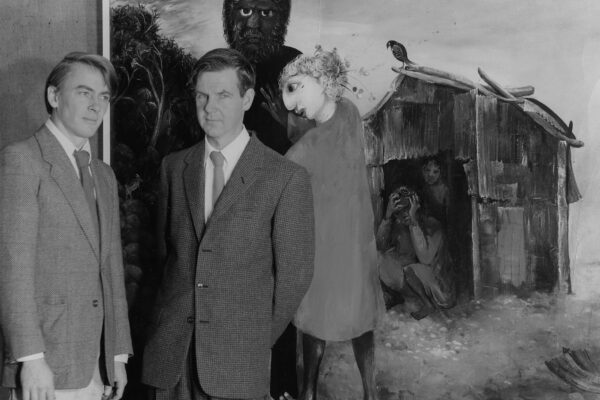 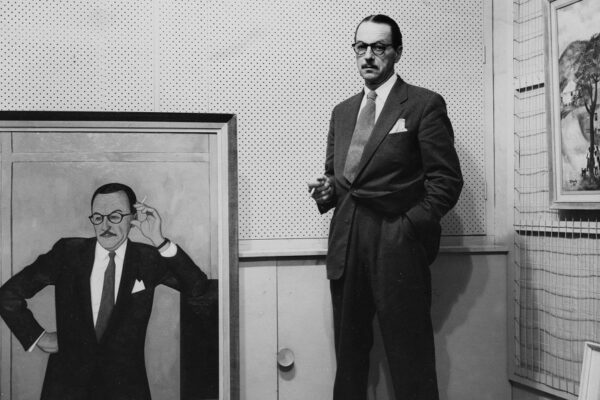 1957 Tam Purves with his portrait by John Brack, now in the collection of the National Portrait Gallery in Canberra. 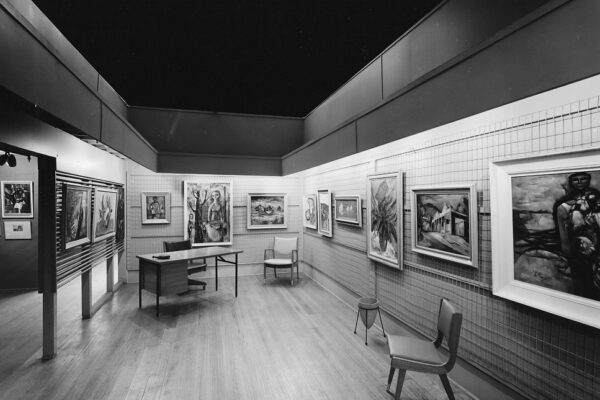 1958 Group exhibition in the main exhibiting space at Australian Galleries in Collingwood, Melbourne.

Australian Galleries was established in Melbourne by Tam and Anne Purves in June 1956. The space was originally the Purves’ pattern manufacturing business in the bustling inner working class suburb of Collingwood. They supplied the all-important patterns to the local fashion industry which was a thriving industry in the warehouses of the surrounding streets.

Together their vision and driving force resulted in the development of what was then, an “extraordinary” idea. They started a commercial art gallery to show the small group of culturally important post-war Australian artists emerging in Melbourne who at the time had nowhere to seriously show and sell their work. The first painters to exhibit at Australian Galleries included artists who went on to become some of Australia’s greatest ever, such as Arthur Boyd, Sidney Nolan, John Perceval and Albert Tucker.