Imprint: A Survey of the Print Council of Australia, Canberra 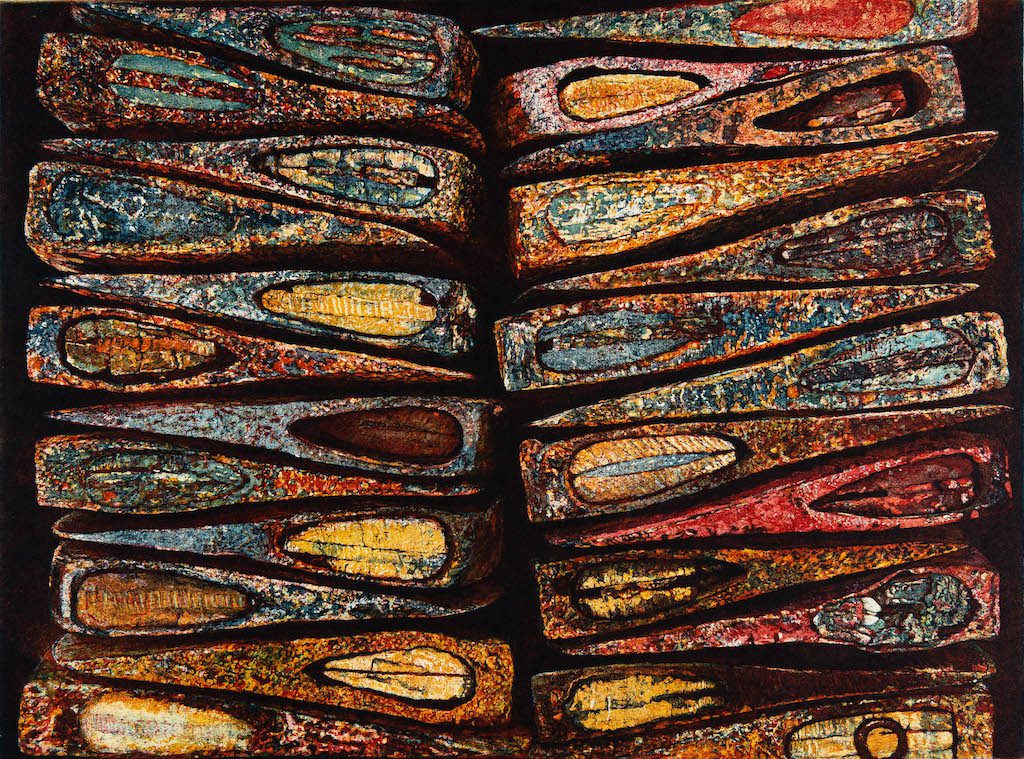 Imprint: A Survey of the Print Council of Australia

The Commission, which began in 1967, invites artists to submit a limited-edition print for consideration by the PCA and its members. This has resulted in an archive of more than 600 prints, illustrating the rich history of contemporary Australian printmaking.

Including works by Hertha Kluge-Pott, Raymond Arnold, G.W. Bot, Rona Green, Graeme Drendel and Glenda Orr will also be on show, as will a diverse range of printing techniques representing styles from the late 1960s: from relief printing to intaglio and planographic as well as digital printing.

While the exhibition is mostly Print Council of Australia works – fifty-eight works – the remainder are from the Australian Parliament House Art Collection, including two new acquisitions, linocuts by artist Jenny Kitchener, recipient of the 2017 Print Council Commission.

The Print Council of Australia was established in Melbourne in 1966 by printmakers Udo Sellbach, Grahame King and curator Dr Ursula Hoff to promote the artform of printmaking. The 1940s-60s had seen the return to Australia of European-trained artists, sparking a resurgence in the importance of printmaking and its commercial viability.

Coinciding with the exhibition, on Saturday 13 April 2019, Australian Parliament House will host a Mini Print and Zine Fair, offering the public a rare opportunity to purchase limited-edition prints commissioned by the Print Council of Australia, Megalo Print Studio and the Zine Vending Machine by Canberra Zine Emporium.