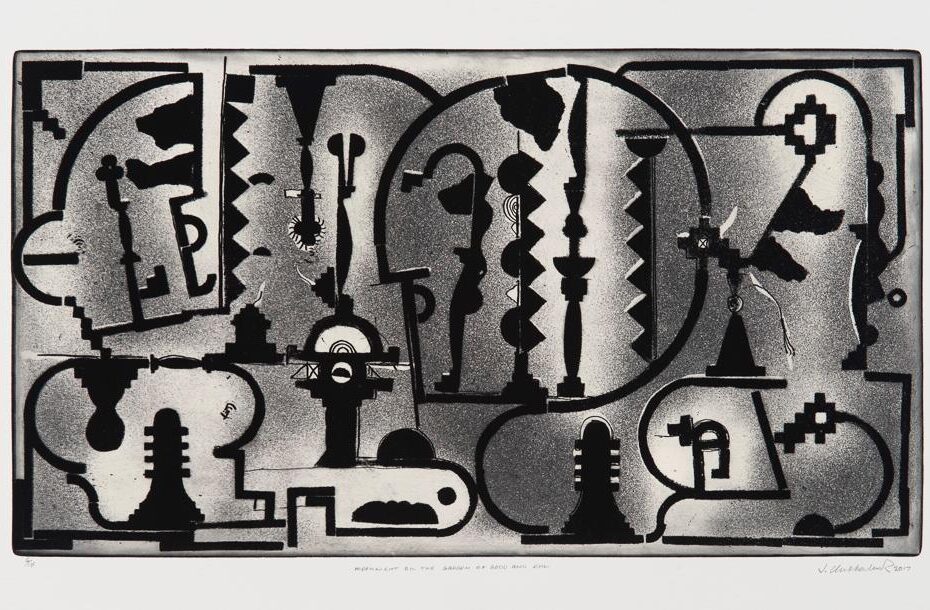 Gippsland Art Gallery is delighted to announce the winner of the 2017 Gippsland Print Award is Jock Clutterbuck. Clutterbuck was announced as the recipient of the $5,000 acquisitive national award for printmaking by Wellington Shire Council Mayor Cr Carolyn Crossley at the gala exhibition launch on Friday 1 September. He was selected from a field of 281 entries by judge Cathy Leahy, Senior Curator of Prints and Drawings at the National Gallery of Victoria. Leahy described Clutterbuck’s winning work Moonlight Falling in the Garden of Good and Evil as “a complex and intriguing work”.  She said:

“Clutterbuck’s work is both technically stunning and highly imaginative. It navigates the space between the real and the abstract through forms that have a strong sculptural quality, while encompassing all that is unique and special about the print medium”.

In receiving the award from Cr Crossley, Clutterbuck said that he was “very humbled to be selected from such a strong field and honoured to receive what many printmakers regard as the most significant prize for printmaking in Australia”.

Jock Clutterbuck (born 1945) is no stranger to receiving awards for his printmaking: in 1972 he won the prestigious Geelong Gallery Print Prize, and has won innumerable prizes since. Clutterbuck’s win comes exactly fifty years since he was posted to Gippsland as an art teacher; in 1967 he spent a year teaching printmaking in Warragul and Trafalgar. Now based in Castlemaine, he divides his time between sculpture and printmaking.

The Gippsland Print Award began in 2015 with Melbourne-based Martin King selected as winner of the inaugural prize. The exhibition draws entries from all corners of Australia in a celebration of printmaking in Gippsland. Described by one artist as “every printmaker’s favourite prize”, the Award has since attracted national attention. The winning work of each exhibition is automatically acquired for the Gippsland Art Gallery’s permanent collection.

The 2017 Gippsland Print Award is now on display at the Gippsland Art Gallery until 19 November, and will be the final exhibition in the ‘temporary’ gallery at the Port of Sale Business Centre. The new Gippsland Art Gallery is due to open later in the year following a two-year $15 million redevelopment. Jock Clutterbuck’s winning work will go on display in the new Gallery alongside many other works from the Gallery’s collection. 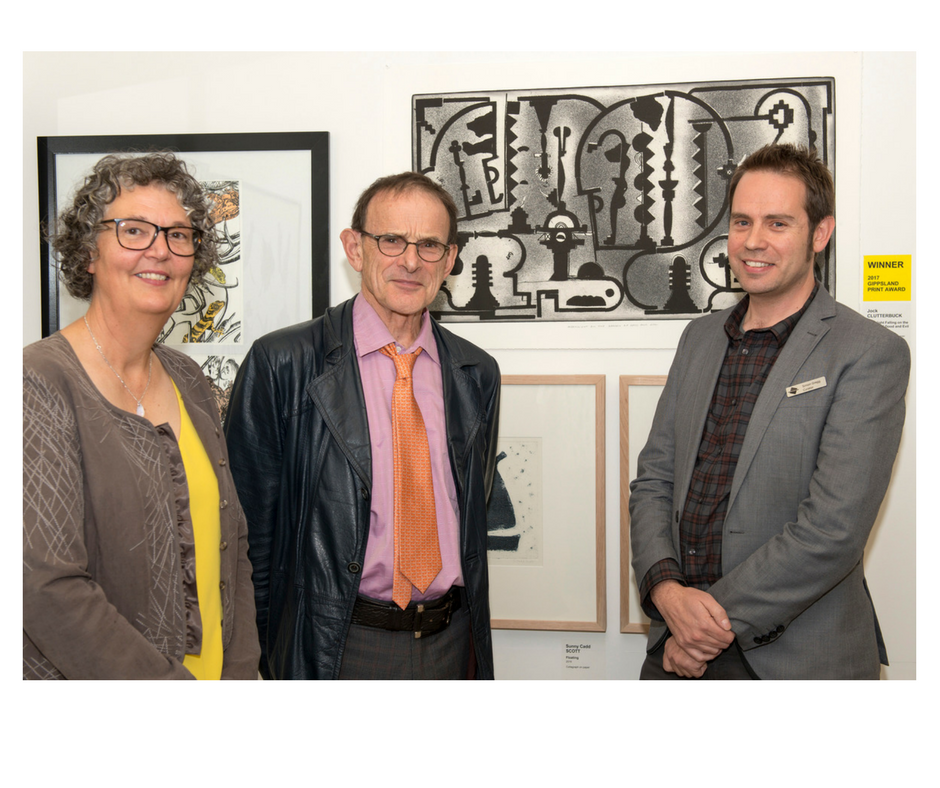