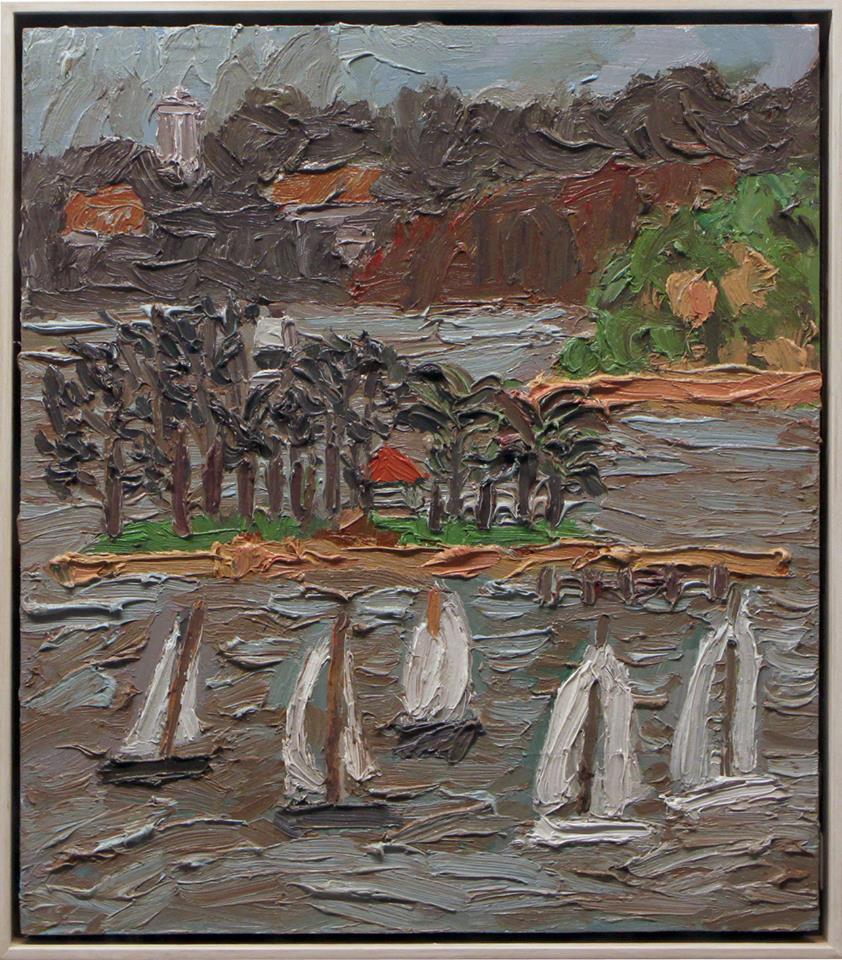 Run by artist Tony Twigg, of Annandale Galleries, Slot Gallery is a pop-up window gallery that displays regular exhibitions in its small, but distinct space. Open now is a new exhibition titled TWIGG X3, which showcases the work of three Australian TWIGG artists: Julian Twigg, A. Twigg and Tony Twigg.

While for some time Tony Twigg thought of himself as the only Twigg in Australian art, he was not alone. As years went by, swapping invitations to exhibitions with Julian, Tony emailed him with the unlikely news that he had found another Twigg in Australian art, a marine artist whose picture of Sydney Harbor had turned up at Davidsons Auction House in Annandale. However, almost nothing is known of A. Twigg beyond a small collection of only 5 known surviving paintings, one of which is in collection of the Mitchell Library at the State Library of NSW.

The exhibition includes two photocopied works by A. Twigg sold through Davidsons Auction House and Bridget McDonnell Gallery, Melbourne, as well as an oil painting of boats sailing past Rose Bay by Julian Twigg, and an instillation work titled Sail by Tony Twigg from a suite made in 1980.

“So long ago now that memories of how and why crumble when pause is taken to recall them. But if the poetry of a sail is given, it is also shared, coincidently through a name, blown however fleetingly through Australian Art by the unrelated artists, Twigg.” 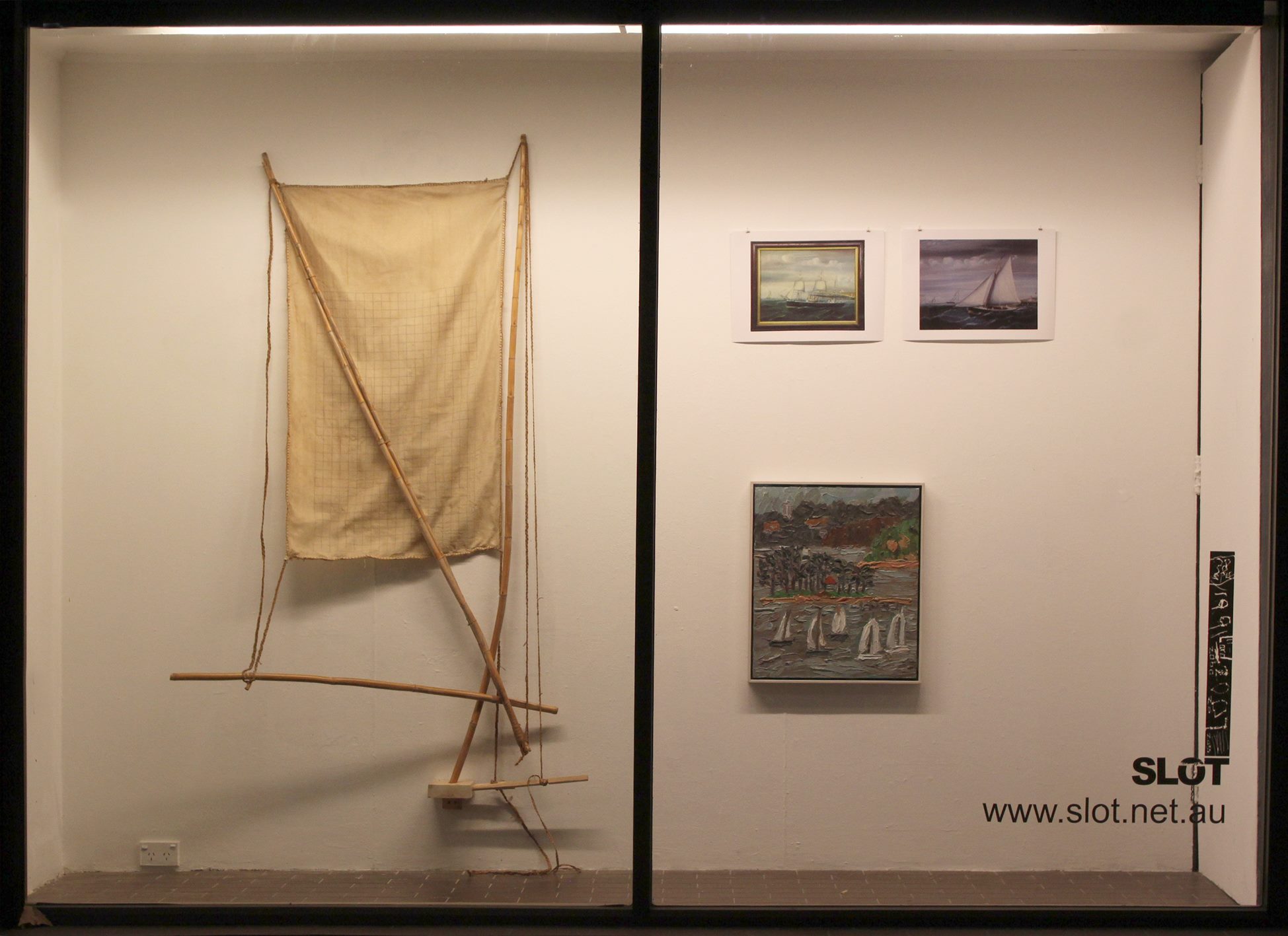 Painter, ceramicist and printmaker Julian Twigg completed a Diploma of Visual Art at the Royal Melbourne Institute of Technology in 2000. His impasto paintings of maritime scenes are constructed from simplified forms and broad colour, emphasising the emotive aspects and changing temperaments of Port Philip Bay. Twigg’s works have been exhibited in Victoria, New South Wales and South Australia. He was awarded the ANL Maritime Prize in 2007 and the Mayor’s Prize Waverley Art Prize, in 2010. His work is held in several regional and tertiary collections.