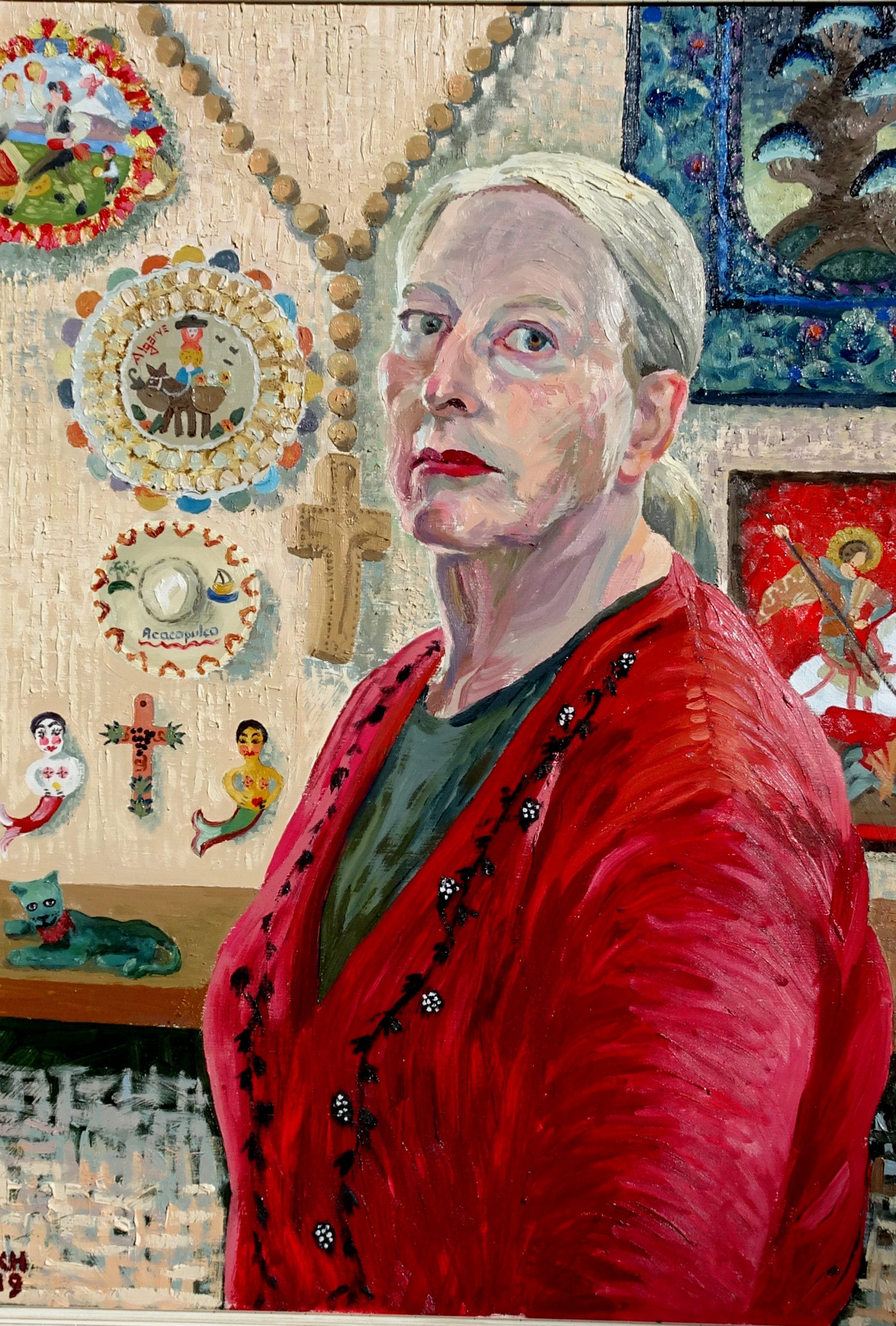 Congratulations to Kit Hiller for being selected as a finalist in this year’s Portia Geach Award.

The Portia Geach Memorial Award is Australia’s most prestigious art prize for portraiture by women artists. The Award was established by the will of the late Florence Kate Geach in memory of her sister, Portia Geach. The non-acquisitive prize is awarded by the Trustee for the entry which is of the highest artistic merit, ‘…for the best portrait painted from life of some man or woman distinguished in Art, Letters, or the Sciences by any female artist resident in Australia during the twelve months preceding the close date for entries.’

The exhibition will run from 2 August – 15 September 2019 at the S.H Ervin Gallery, Sydney.

To view all the artists’ in this year’s prize click here.

“The older I get, the more accustomed I become to people dying.  My mother and father are dead, my brother is dead.  This is the first painting I did after the death of my 40 year old son, from pancreatic cancer.  People would ask me how his boys are getting on and I would say the younger son has a frightened look on his face.  I see the fear in my own face as well and find this picture distressing to look at.” – Kit Hiller, 2019

Painter and printmaker Kit Hiller was born in Hobart and studied at the Tasmanian School of Art between 1966 and 1969. Her work has been included in group exhibitions including the Archibald Prize (1982 – 1986) and the Glover Prize (2005). Hiller has been awarded the Portia Geach Memorial Award on three occasions, in 1986, 1987 and 2009 and was awarded Tasmanian of the Year in 1987 and the Tasmanian Day Award in 1986. Her work is held by the Queen Victoria Museum and Gallery, Tasmania and the Tasmanian Museum and Art Gallery, Artbank as well as several university and regional collections.