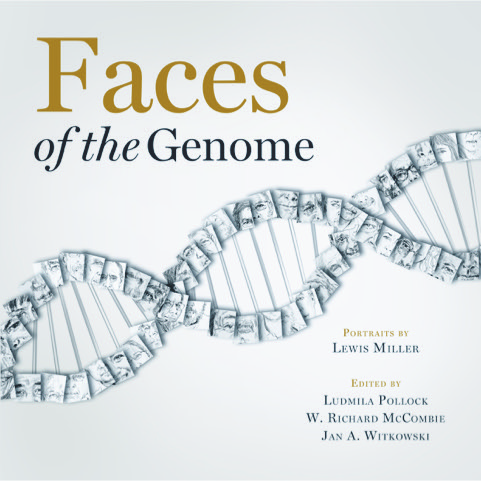 James Dewey Watson (born April 6, 1928) is an American molecular biologist, geneticist and zoologist, best known as one of the co-discoverers of the structure of the DNA molecule the “double helix” in 1953 with Francis Crick and Rosalind Franklin. Watson, Crick, and Maurice Wilkins were awarded the 1962 Nobel Prize in Physiology or Medicine “for their discoveries concerning the molecular structure of nucleic acids and its significance for information transfer in living material”.

The Faces of the Genome book celebrates scientists who are explorers of the vast arrays of genes (“genomes”) that underpin the biology of humans and every other organism, and tells of the “Moon Shot” of molecular biology, the mapping of the genome of Homo Sapiens. This book features drawings by highly celebrated Australian artist, Lewis Miller. Each portrait is accompanied by an essay on the accomplishments and personality of the sitter, written by another distinguished scientist.

This book will be the culmination of nearly 20 years of Lewis Miller’s involvement with James Watson and Cold Spring Harbour Laboratory in New York. Miller was fortunate to draw from life many of the participants, in New York and around the world, some of which are pictured below. On 31 March 2018 Lewis Miller will travel to the Laboratory in Long Island, New York for the Faces of the Genome book launch and to celebrate James Watson’s 90th birthday.

Pictured above: Maynard Olsen
Faces of the Genome portrays, in pencil and prose, 62 outstanding scientists who have had an extraordinary influence on our current understanding of biology, evolution, and medical science.
Share this: