Michelle Hiscock – Paintings and drawings from the Western Front 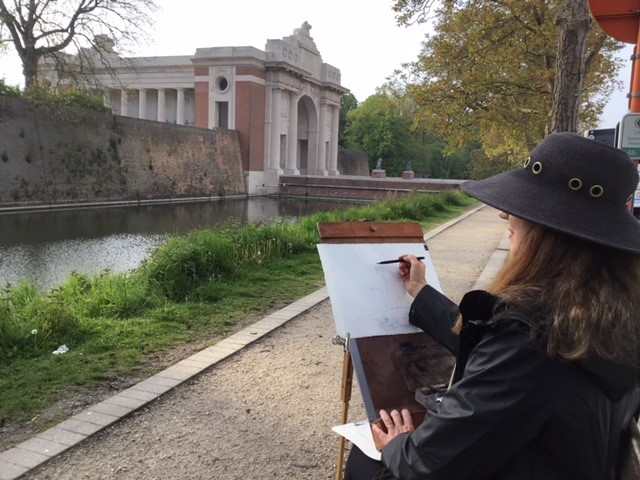 In 2017, Michelle Hiscock and eleven other leading Australian artists visited the First World War battlefields of the Western Front in France and Belgium with the objective of recording their impressions of the landscape, one hundred years after the guns fell silent. The result is Salient: Contemporary artists at the Western Front – a major travelling exhibition that brings together works created by the artists in response to their experiences of these historically significant sites.

While Gallipoli is considered a defining episode in Australian history and the formation of national identity, the devastation experienced in Europe at the Western Front was even more appalling, beginning with the Battle of Fromelles, where 5,533 Australians lost their lives in the first 24 hours of fighting, on the 19th and 20th of July 1916. Indeed over 45,000 Australians died on the Front between 1916 and 1918 – an overwhelming majority of the total of 60,000 casualties during WWI. The impact of this trauma was profound at the time, reaching into almost every home in Australia, and lives on in the Australian psyche even today.

What becomes of a place after such trauma? Revisiting the Western Front today, the tension between the now idyllic landscape and the suffering once endured there is ever present. For Hiscock, this dichotomy was both a profound and emotional experience, as the contrast between the history and the landscape was simultaneously moving and haunting.

“The whole landscape of the Western Front has become a sort of vast open-air cathedral. I was struck by the fact that in the places where the deafening commotion of war had been at its most intense, there was now a great stillness; as if all the suffering and wanton destruction had been transformed, through the reverence of generations of pilgrims, into deep peace.”

For Hiscock, the interplay between memory and nature is central to her practice, as in The Menin Gate, which embodies the violent but ephemeral nature of war and the traces that it leaves on places over time. While Hiscock’s work focuses on nature, it is equally concerned with the way that both the traditions of art and the memory of historical events shape our experience of the landscape.

For many of the artists, there is a personal history and connection to the war and sites of the Western Front, having relatives who had fought and, in some cases, lost their lives there in WWI. Hiscock was particularly moved by the story of her husband’s grandfather, Maitland Richard Stanley Paine (1896 –1975) whose letters and personal accounts of the war added a vividness and reality to the incomprehensible tales of carnage and suffering. Sometimes it’s the things left unsaid which reinforce the level of trauma experienced by the soldiers, as Stanley wrote, “I don’t like to say much about that day…”.

While the Western Front has largely been regenerated today, traces of the war are still etched on the surface of the landscape. And as pilgrims, artists and new generations visit the sites and walk along the historical routes and battle lines, they gradually take in the enormity of this disastrous conflict. Some of the vestiges of the war that appear in Hiscock’s paintings are unmistakeable, even if mysterious, like the concrete German bunker that has stood mutely in the landscape for a century after the soldiers who once manned it had been killed. Partly overgrown today and surrounded by trees that have reclaimed what was then a stark and muddy wasteland, it is still scarred by the black fissure through which soldiers once scanned the landscape for approaching enemies. Today a country track winds peacefully past it, perhaps to a homely farmhouse on the right.

In two other works, Tree, Caterpillar Crater and Pool of Peace, Hiscock depicts pools of water; natural symbols of peace and stillness, which are evocative of the calm that has fallen over a country tormented and torn apart by relentless shelling. But these pools have more poignant associations as well, for they are the craters of colossal bombs, not in this case delivered by the giant field artillery of the war, but set off from tunnels dug by miners deep under enemy lines. Thousands of men were annihilated and their bodies forever buried under the tons of earth that were thrown up by these massive explosions. These are deeply moving places, as the living graves of countless young soldiers have become shrines of contemplation, suggesting those lakes that the ancients thought contained the entrance to the underworld.

The paintings are acts of meditation on the terrible pathos of the war and its resonance in a serene landscape, and they are at the same time invitations to meditation. Thus Hiscock’s work, with its profound feeling for the spirit of place, for echoes of pain and nostalgia, allows contemporary audiences to contemplate the intrinsic connection between place, memory and time.

While Michelle Hiscock’s major works have been selected for the travelling Salient show, all of her Western Front work can be viewed in the online exhibition on the Australian Galleries website in April, 2018. A selection of the original sketches from the Western Front expedition will also be included in her upcoming exhibition at Australian Galleries in Sydney on 14 June, 2018. 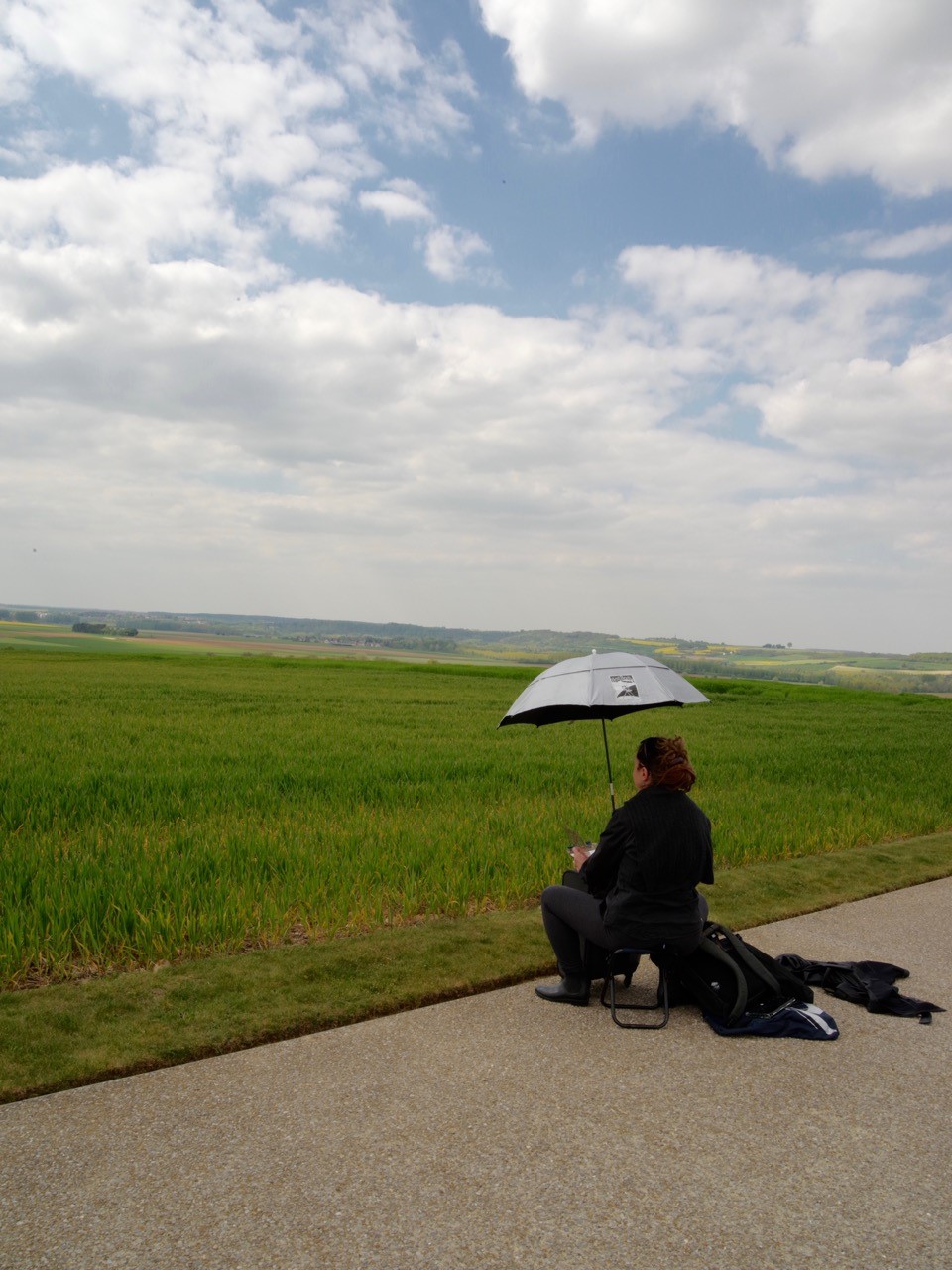 All photographs taken by Robert Linnegar