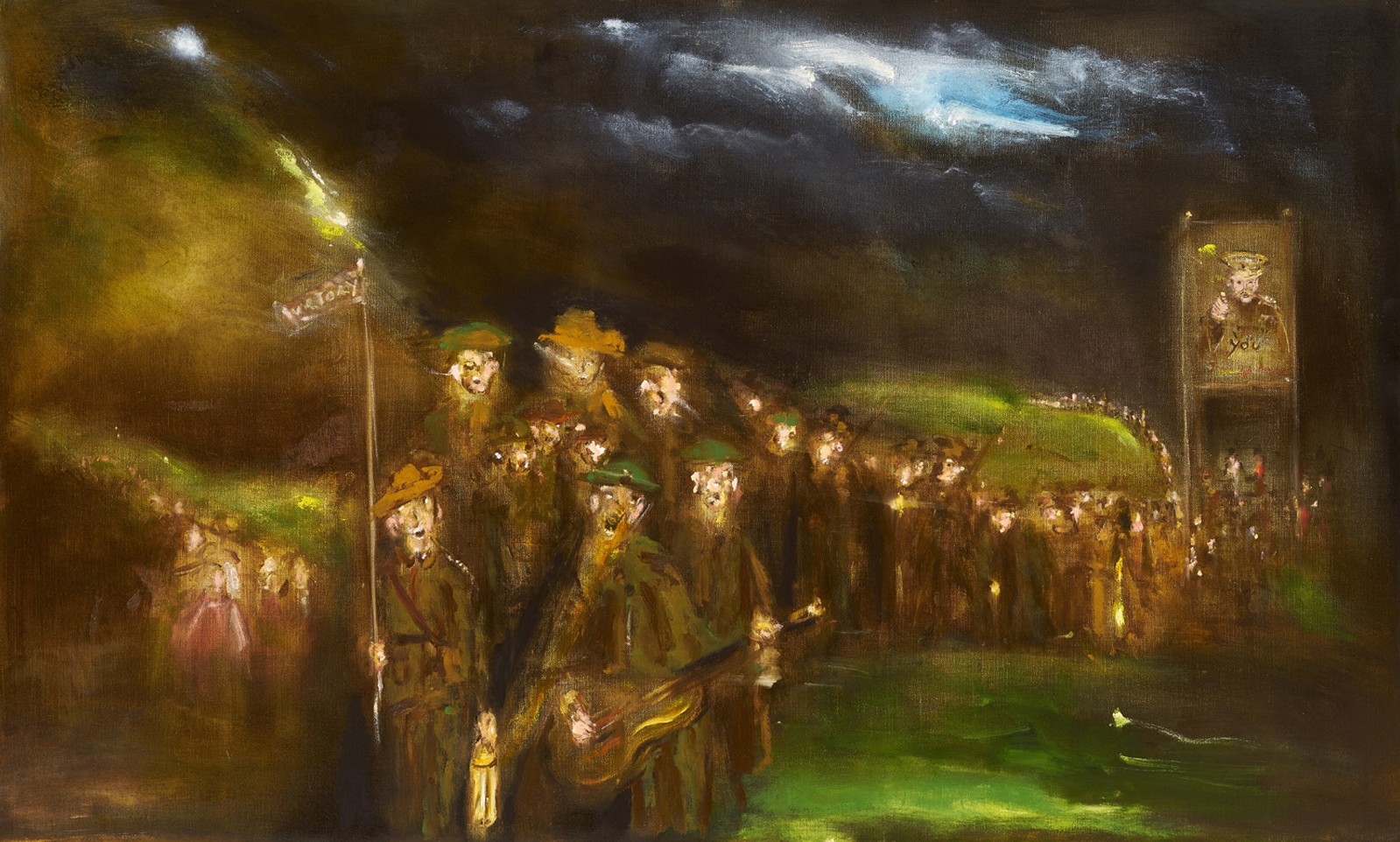 “We believe that within the community there exists an obligation for all to preserve the special qualities of loyalty, respect, love of country, courage and comradeship which were personified by the heroes of the Gallipoli Campaign and bequeathed to all humanity as a foundation for perpetual peace and universal freedom.”

To view all finalists in this years award, click here.

This painting depicts Australian soldiers returning home from war, loyal and battle fatigued Diggers who have completed their duty at war for the Commonwealth. The young men face a welcoming homecoming but uncertain future after years of trench warfare.

The men carry a flag with the word “victory”, which is bathed in a hopeful golden light, yet their exhausted composure and the melancholic mood of the scene reflect the emotional toll of their endeavour. Nobody understood in the days after WW1 the harmful impact on returning soldiers of combat fatigue, then referred to as “shell shock” and today known as Post Traumatic Stress Disorder (PTSD). The young soldiers depicted here may or may not be traumatised, yet they are clearly moved by their experiences. Strengthened by close friendships founded in war, their primary concern is to reunite with loved ones at home.

Recalling a human procession depicted in Goya’s series of Black Paintings, the soldiers here walk as a group, emerging from a dark background towards the viewer. A group of field nurses on the left of the painting suggests a safe homecoming, yet the soldiers’ time abroad has been marked by horror and disillusion.

This is an image of young men who left Australia each with their individual dreams and expectations, and who are returning as one, bonded forever by their shared wartime experience.

This painting is part of a new body of work by Rodney Pople titled ‘War Series’ that will be exhibited at Australian Galleries from 14 May – 2 June.

Blood and Fire, Caterpillar Crater: In Memory of the Battle of Messines 7 June 1917

A year after making a detailed plein-air sketch of the majestic tree guarding over the serene waters of the Caterpillar Crater, I explored the composition further in this painting which began in somber sepia tones and was conceived as preparation for a final work recreating the moody grey Belgian sky and the vivid green shades of spring time I remembered.

The present painting evolved from this near-monochrome stage when I woke up one morning, inspired to add a layer of pure translucent colour, an emotive response to the tremendous carnage that took place here a century ago. Only later I found the following eyewitness account which matches in words, my painter’s inspiration to an uncanny degree:

“There rose out of the dark ridge of Messines … and that ill-famed Hill 60, enormous volumes of scarlet flame throwing up high towers of earth and smoke all lighted by the flame, spilling over into fountains of fierce colour.” – Sir Phillip Gibbs

There is nothing like actually sketching at the site where history is made but distance and memory also play their part in bringing past and present into a poetic synthesis. 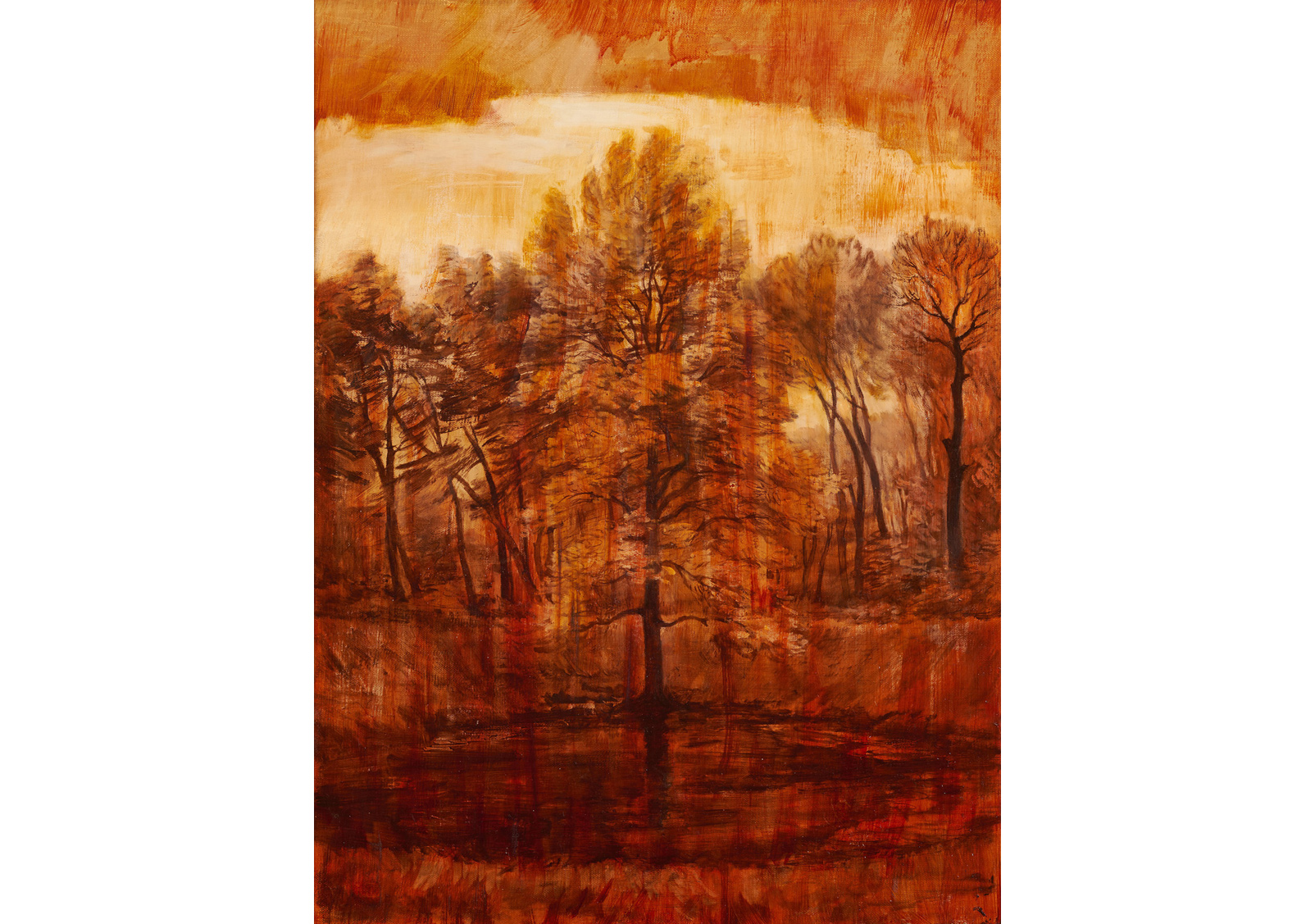 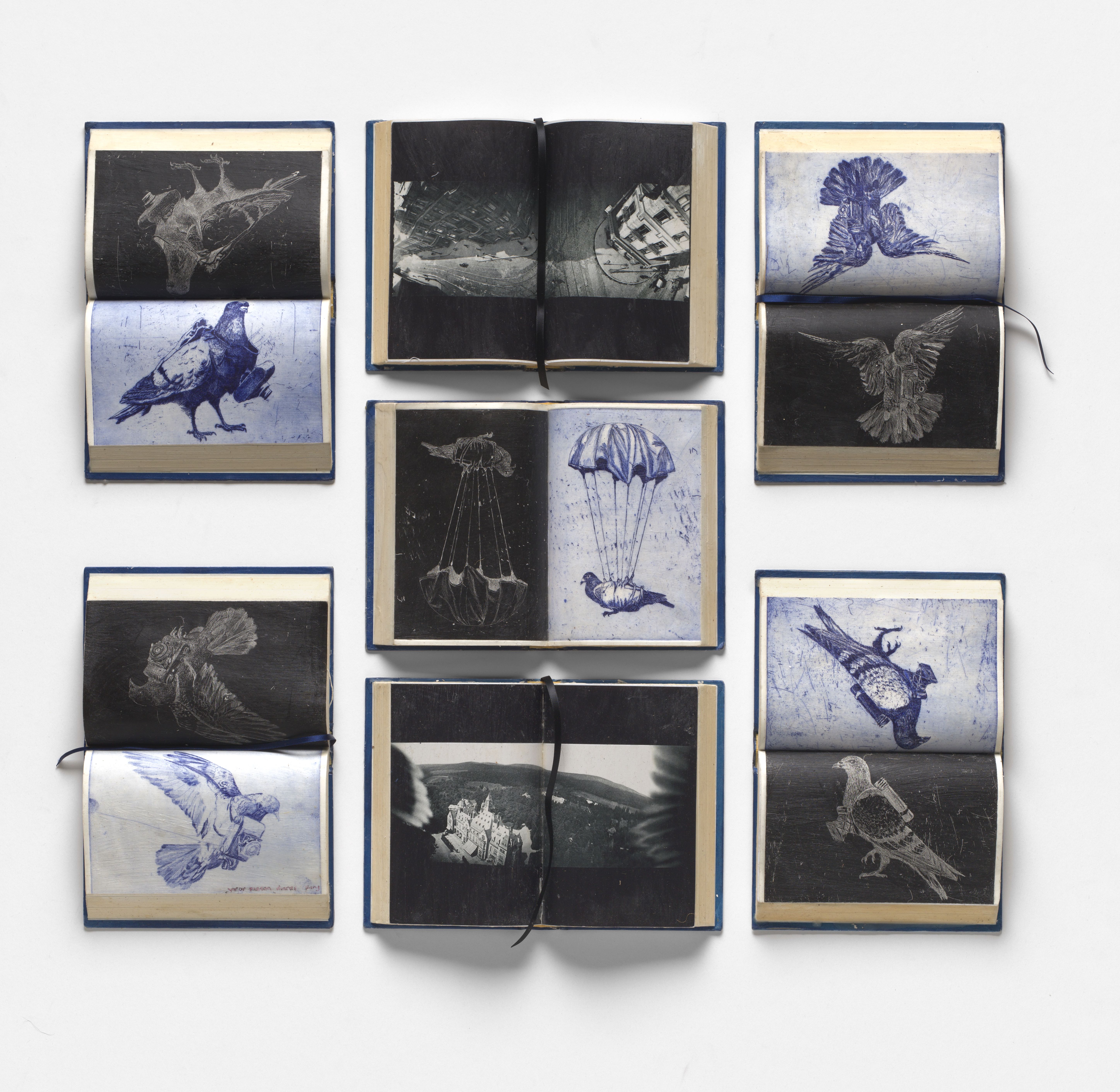