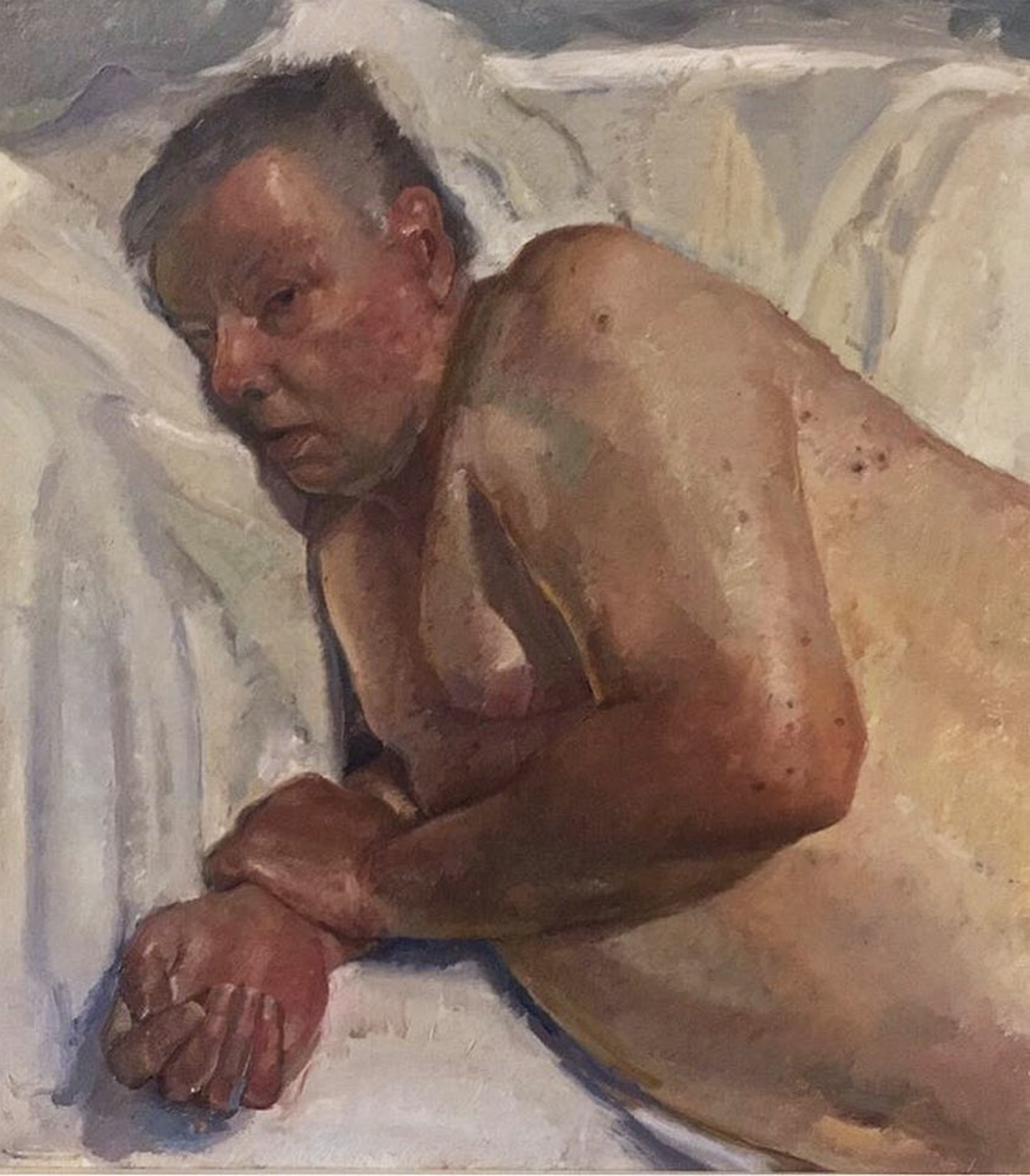 Congratulations Peter Wegner, who has been awarded the second 2018 Highly Commended Award in the prestigious Black Swan Art Prize.
Wegner received this prize for his sensitive and deeply moving portrait of Graeme Doyle titled Medicated man–portrait of G.D.

“I was really drawn to this work in that it captures something so intense on such a tiny scale – a small work, but monumental. I loved it for its referencing of Lucian Freud, and for the skill and confidence and painterliness of the handling of the medium.” – Joanna Gilmour

“The small size of the painting is deceiving as it is a truly monumental work. The body of the subject, heavy and not entirely connected with reality, dominates the composition and strongly reminds of Lucien Freud’s approach to subject and colour. Another wonderful work from a wonderful artist.” -Dr Stefano Carboni

“A very sensitive portrait supported by a masterful display of painting, containing an alchemical sense of embodiment in the material itself.”- Mathew Lynn