Peter Wegner in ‘The Changing Face of Victoria’ 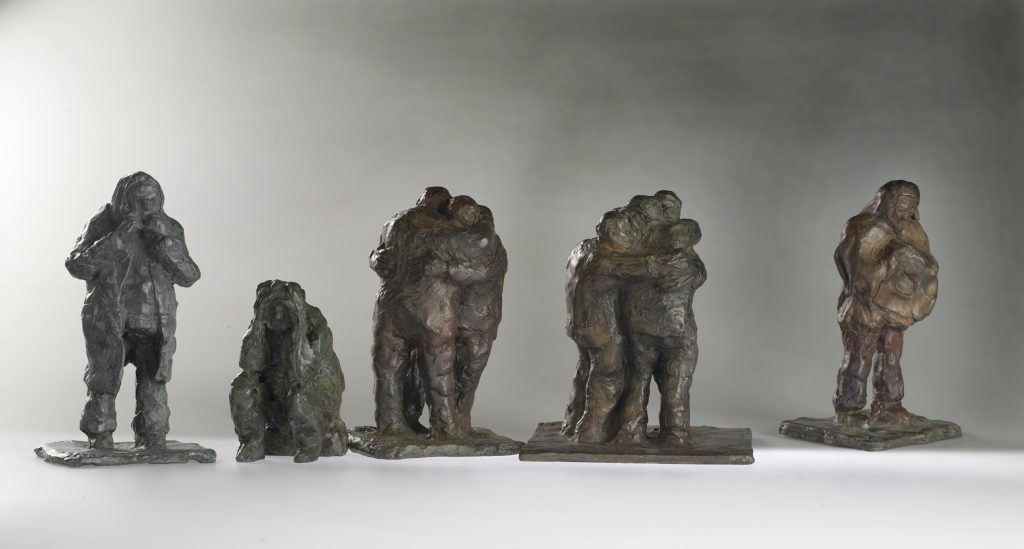 Comprised of more than 220 items from across the collection, the exhibition represents the people, places and events that have shaped Victoria throughout the 20th and 21st centuries.

One defining moment featured in the exhibition is the 2009 Black Saturday bush fires that were among the worst in Australia’s history. They devastated nearly 80 communities across the state, destroyed more than 2000 homes and damaged around 430,000 hectares of land. By the time the fires were contained, 173 people had lost their lives and many others were seriously injured.

Wegner’s small figurines are evocative reminders of the anguished aftermath of February 2009. The expressions and gestures of despair are made more evident as a result of the raw application and surface treatment of the material used by the artist.

In his statement accompanying the figurines, Wegner wrote: “I went out to St Andrews carrying my small sketchbook and made copious drawings of the ravaged landscape. It wasn’t until we went to the funerals that I realised that it is not the exterior – the landscape – that I wanted to express, but the interior of the human experience.”

‘The Changing Face of Victoria’ is open Friday to Wednesday 10am–6pm, and Thursday 10am–9pm, except for public holidays. The exhibition runs until December 31st 2019. For more information, click here.