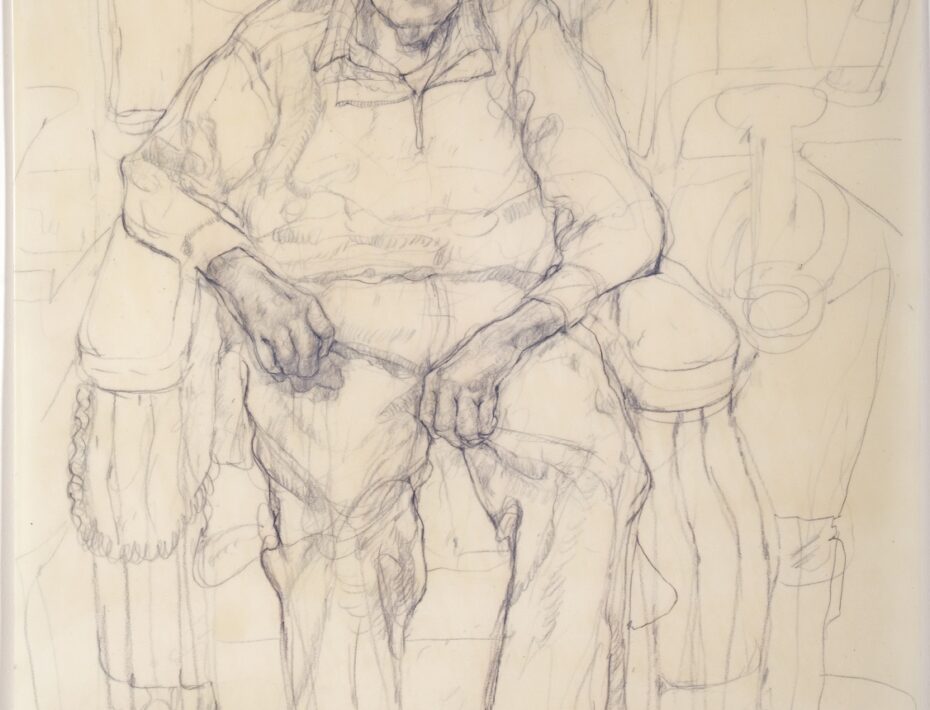 The exhibition celebrates a project which commenced in 2013 when Wegner drew his Aunty Rita. This formative sitting inspired Wegner to seek out other Centenarians who were still living lives with mobility, curiosity and purpose. In the years since Rita’s portrait, the artist has completed portraits of well over 100 Centenarians across Victoria and New South Wales.

Of his process, Wegner explains “Each drawing was completed from life in an afternoon or morning with little alteration to that first impression, they are moments captured within a time allowed. The exploration of ageing and how well we age is central to this project. Maintaining human dignity and independent living are important issues as we age, alongside the question of what it means to have a productive and meaningful life. One’s good fortune in life was acknowledged by nearly all of my sitters—sometimes bewilderment about having reached such an age was expressed.”

The artist’s exploration of ageing is particularly relevant in Benalla, where the median age is around twelve years older than the national average, as revealed in the 2016 Census.

Benalla Art Gallery Director, Eric Nash, said he was particularly excited for the “prominent local representation…Peter has gone to great lengths since lockdown ended to seek out and draw Centenarians from Benalla. There are three of these portraits within the exhibition of twenty works from his ongoing series. We’re extremely grateful to Sylvia Draeger, Gene Fuleky, and Bill Gregory for taking part.

These are incredible portraits by one of the country’s leading draughtsman, as recognised last year when he won the Archibald Prize for his portrait of 100 year old peer artist, Guy Warren. The works go beyond a physical likeness through Peter’s eagerness to get to know his subjects, and to learn from them. In essence he uses drawing as a medium to interview his sitters.”

The exhibition opens at 6pm on Friday 1 July, and is current until 28 August at Benalla Art Gallery. Peter is hosting a free talk at 10am on Monday 4 July. To secure your place, email Benalla Art Gallery on gallery@benalla.vic.gov.au