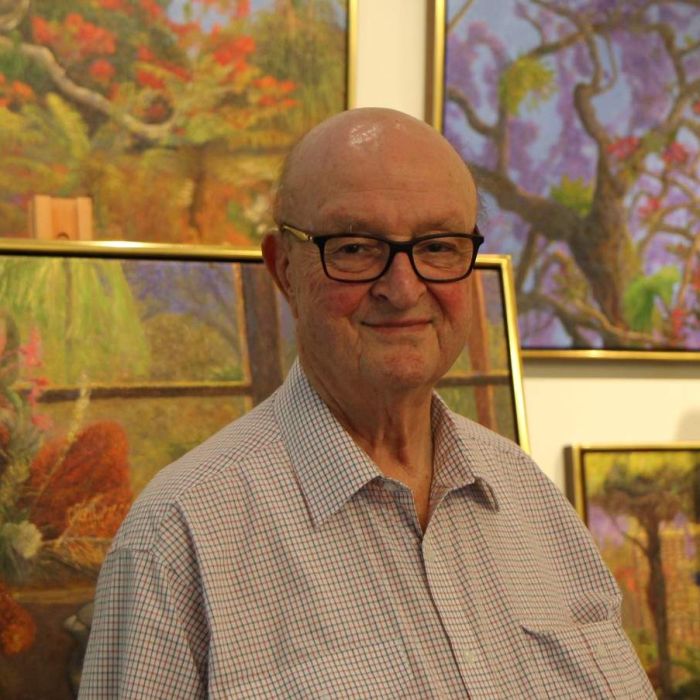 William Robinson has recently been featured as a guest on the ABC radio program ‘Conversations’ with Sarah Kanowski.

William Robinson was born in Brisbane in 1936.

His grandfather loved to paint so he grew up with art as a part of his family. In 1953 William saw an exhibition at the Queensland Art Gallery called “French Painting Today” which had a huge impact on him. As a young man he came to recognise painting as his vocation and he began to develop his distinctive style. He drew on elements from his everyday life for his subject matter. William’s style evolved and changed as he and his family moved from a small suburban farm at Birkdale, to the Gold Coast hinterland rainforest, to the beachside town of Kingscliff, then to a Brisbane house with a tropical garden.

William is now considered one of Australia’s foremost living artists, recognised for his unique interpretation of the Australian landscape as well as his whimsical portraits and narrative scenes.