Congratulations to Raymond Arnold, Michelle Hiscock and Mary Tonkin who have been announced as finalists in the 2021 Hadley’s Art Prize.

Presented by Hadley’s Orient Hotel, the Hadley’s Art Prize is an acquisitive Australian landscape prize, which offers $100,000 to the winning entry.

Hadley’s Orient Hotel has a long history with art starting with art-loving landlords in the late 1800s. The Hadley’s Art Prize, Hobart is about contributing to the art community, promoting cultural tourism in Tasmania, bringing art back to the historic walls of Hadley’s Orient Hotel though a landscape prize like Howard Hadley won in 1895, and celebrating the work of contemporary Australian landscape artists.

The winner will be announced on 30 July at Hadley’s Orient Hotel in Hobart, and the finalists’ exhibition will run until 29 August. For more information, click here. 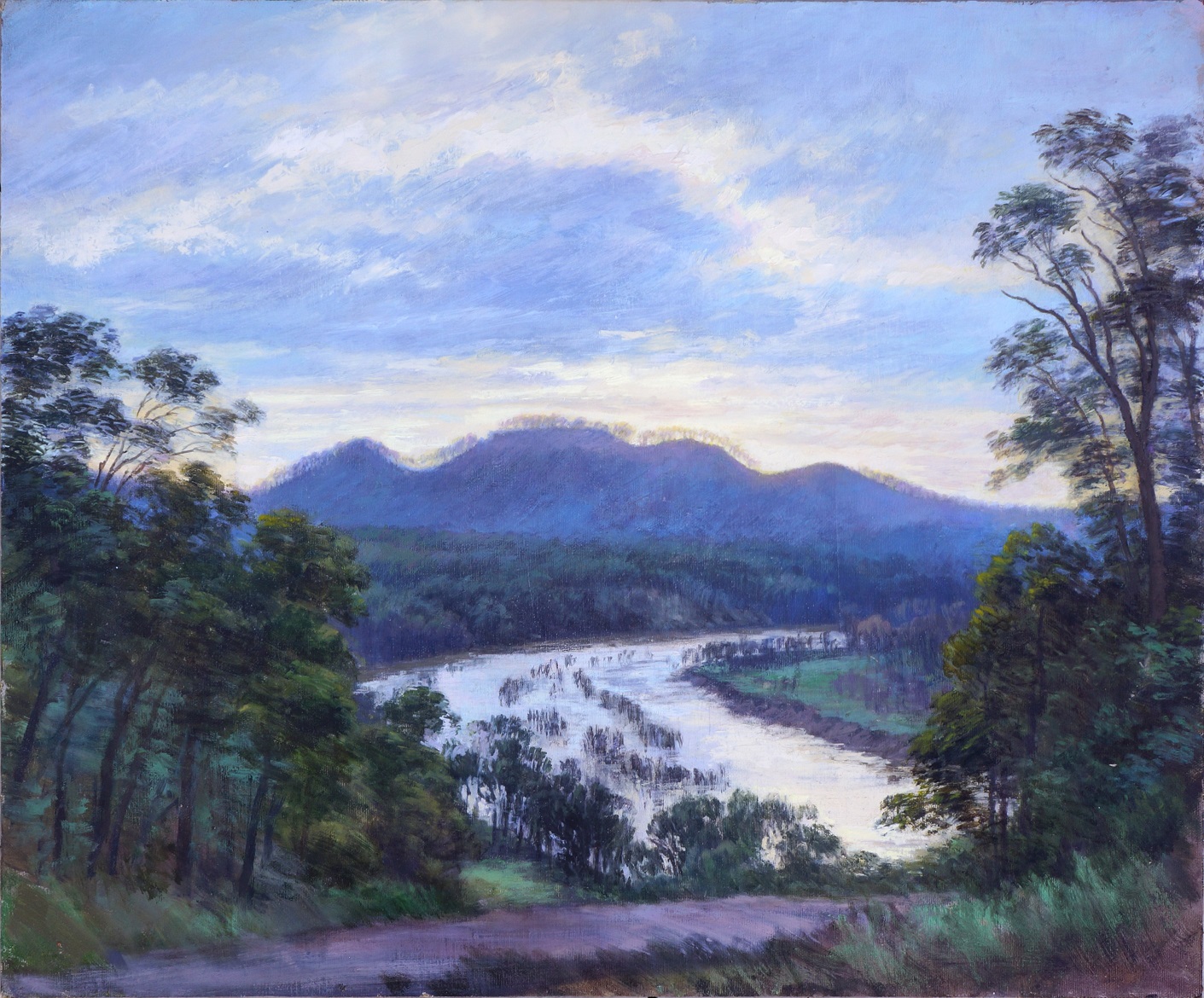 ‘After years of drought, the bush was tinder dry: trees were turning brown even before the Tianjara Fire made its way through our family property on the Shoalhaven River. And then came the rains.

It was impressive to see this large body of water moving through a familiar landscape. I had already sketched this view, with its curious range of hills and snaking river, many times before. But there was a thrilling sense of urgency now. Cut off by the rising floodwaters, I felt compelled to record what appeared to be the next episode in an unfolding climate catastrophe.

I have undertaken a project to revisit the sites depicted in key paintings from the colonial era, specifically those of Eugene von Guérard who travelled to Tasmania in 1855 and again in 1875.’ – Michelle Hiscock, 2021 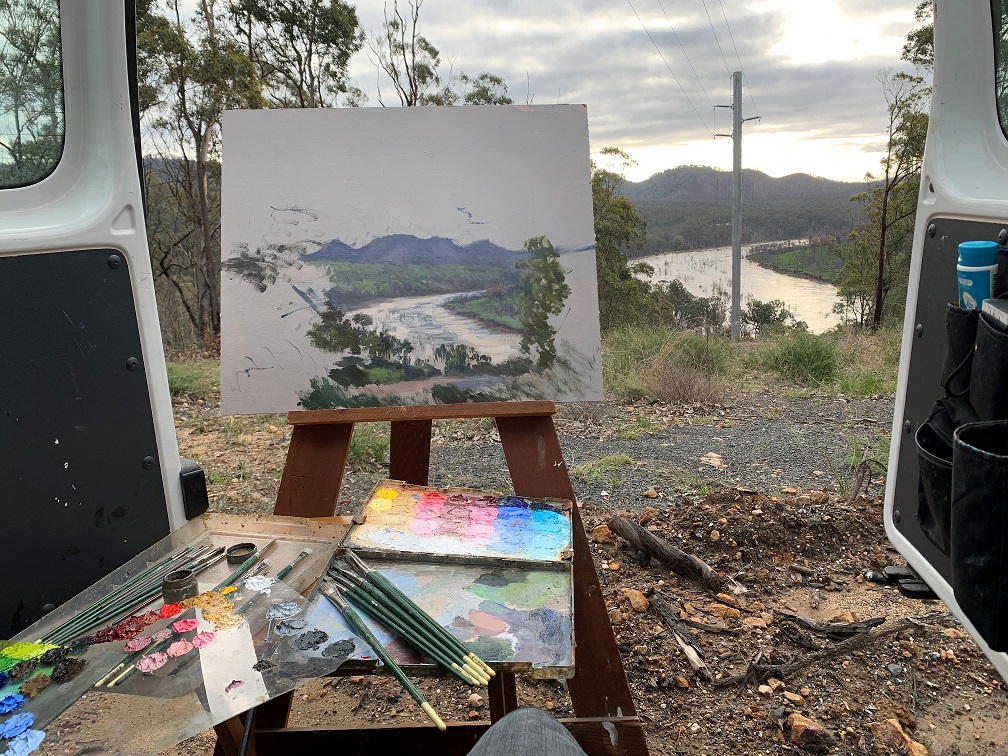 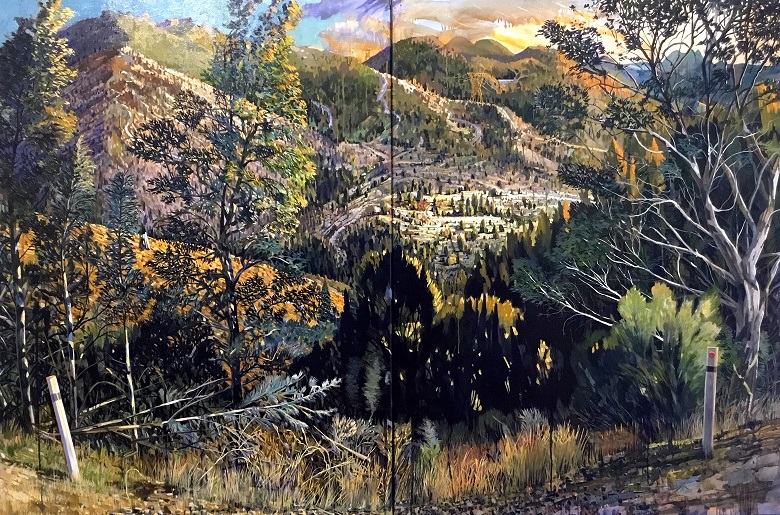 Image above: Raymond Arnold  From behind the screen of branches – Prospect and Refuge  2021  oil on canvas diptych  102 x 152 cm 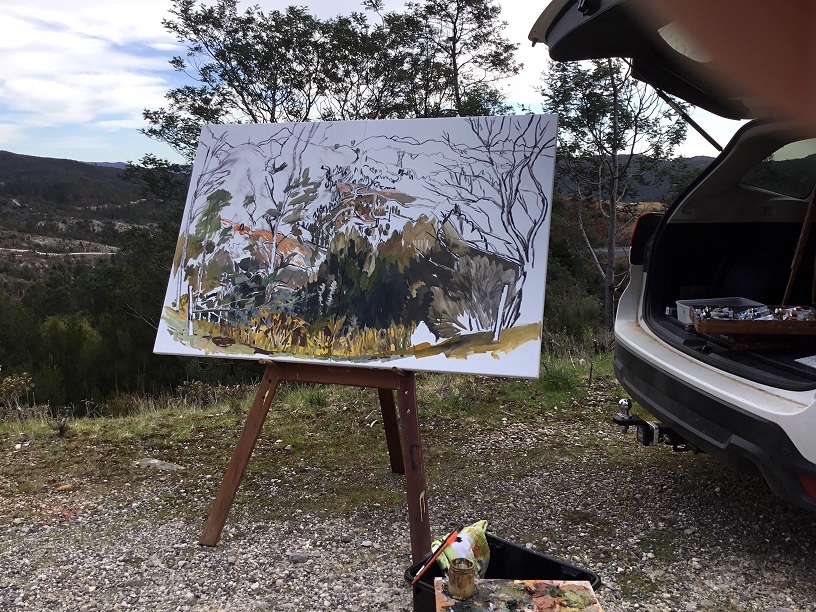