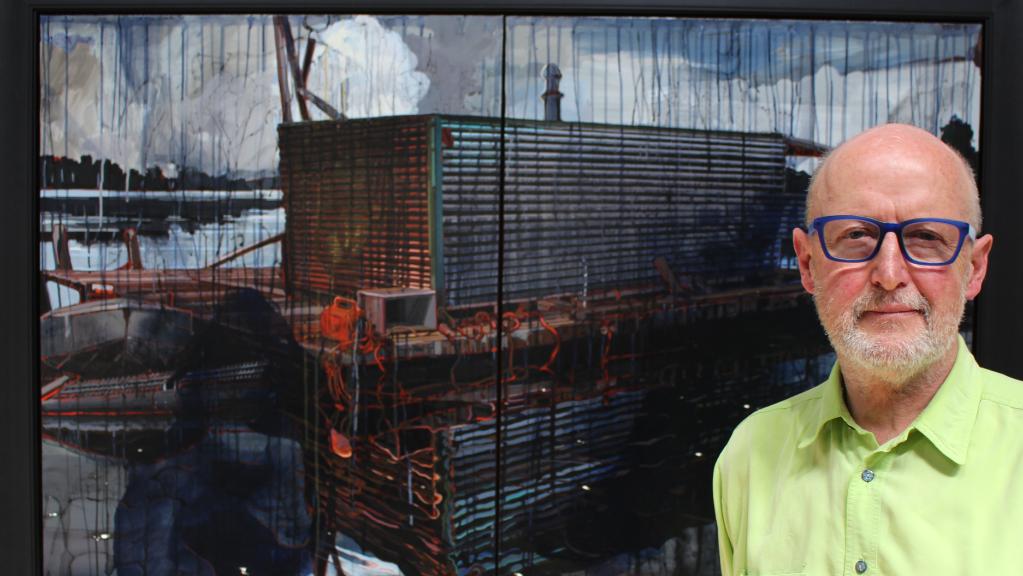 Queenstown artist Raymond Arnold has won the prestigious Glover Prize for 2017, taking out the coveted award for a second time with a dark and brooding painting exploring the theme of mortality. The 67-year old won the prize in 2007 and then moved to Queenstown and feels he has come to know the people and the environment of the West Coast.

“The West Coast is such an extreme place and the landscape is so rare, with pines thousands of years old.”

“It is a distillation of place after so many eons of geology, flora and fauna and in a way that sort of clarity flows through into the people. The clarity of living there is the constant churn of life in front of you — every day the birth, death, marriage and the relationships”.

“Living in bigger cities seems to cloud that, you get distracted, but being in Queenstown has given me a balance about life.”

He said he had used a new technique in the painting, using a hairdryer to propel paint to its desired spot.

Quilty, known for his work as an war artist in Afghanistan and with Bali Nine drug trafficker Myuran Sukumaran, said the judges weren’t looking for pretty landscape paintings but for a work which rendered the brutal and contested histories of a landscape.

“Raymond’s work deals in a very interesting way in contested histories, you can see and feel the dark psychology of that work before you even know what it is,” he said.

“This object floating on a lake almost looks as if it is raining oil.”

The paintings are on display in Evandale, just outside of Launceston, from March 11 to March 19.

To view all the 2017 finalists, visit the Glover Prize website. 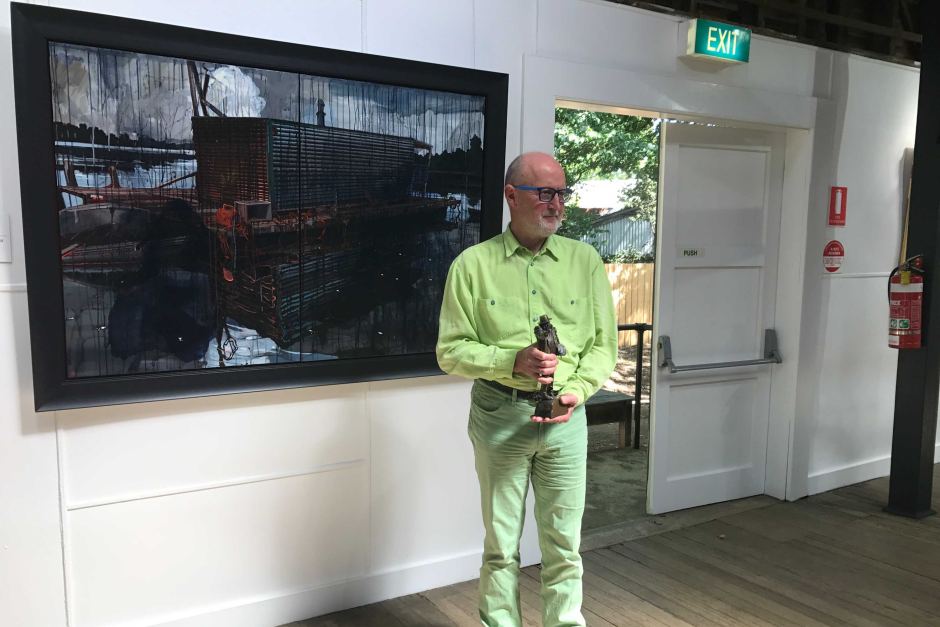 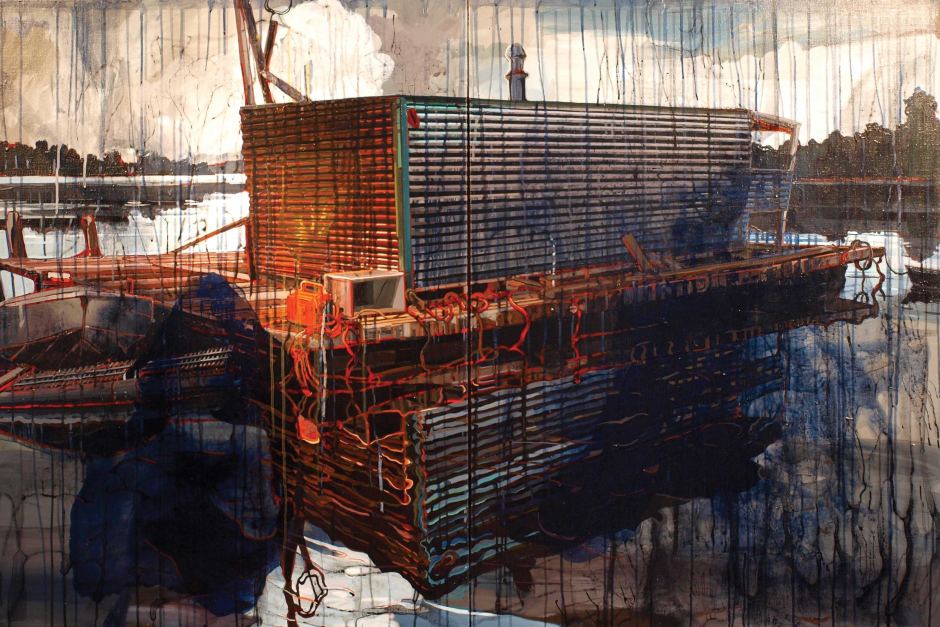