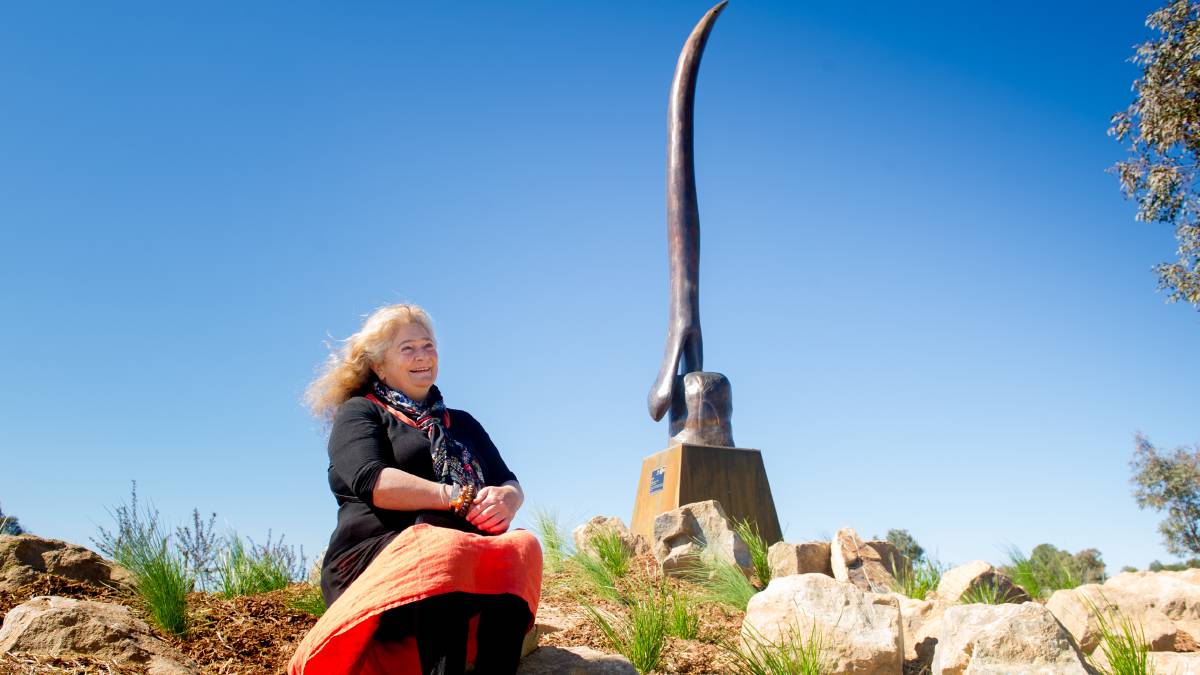 The Little Eagle Glyph by GW Bot was commissioned by the Ginnindery Joint Venture to mark the creation of three new suburbs in West Belconnen.
Bot’s bronze sculpture is 430cm high and sits on a 150cm corten steel plinth. It was unveiled on 18 October 2019 by Yvette Berry MLA, minister for Housing and Surburban Development.

Statement by the artist:

Very close to my studio at Strathnairn was a nest of the Little Eagle in an old gum tree, an endangered species native to Australia, measuring about 45-55 cm in length. Over several seasons, I observed the little eagle and made numerous sketches. When there was a proposed commission by the Riverview Group for the Ginninderry project to make a monument for this area, I suggested the Little Eagle and translated my hundreds of sketches of the bird into an animistic totem-like sculpture. 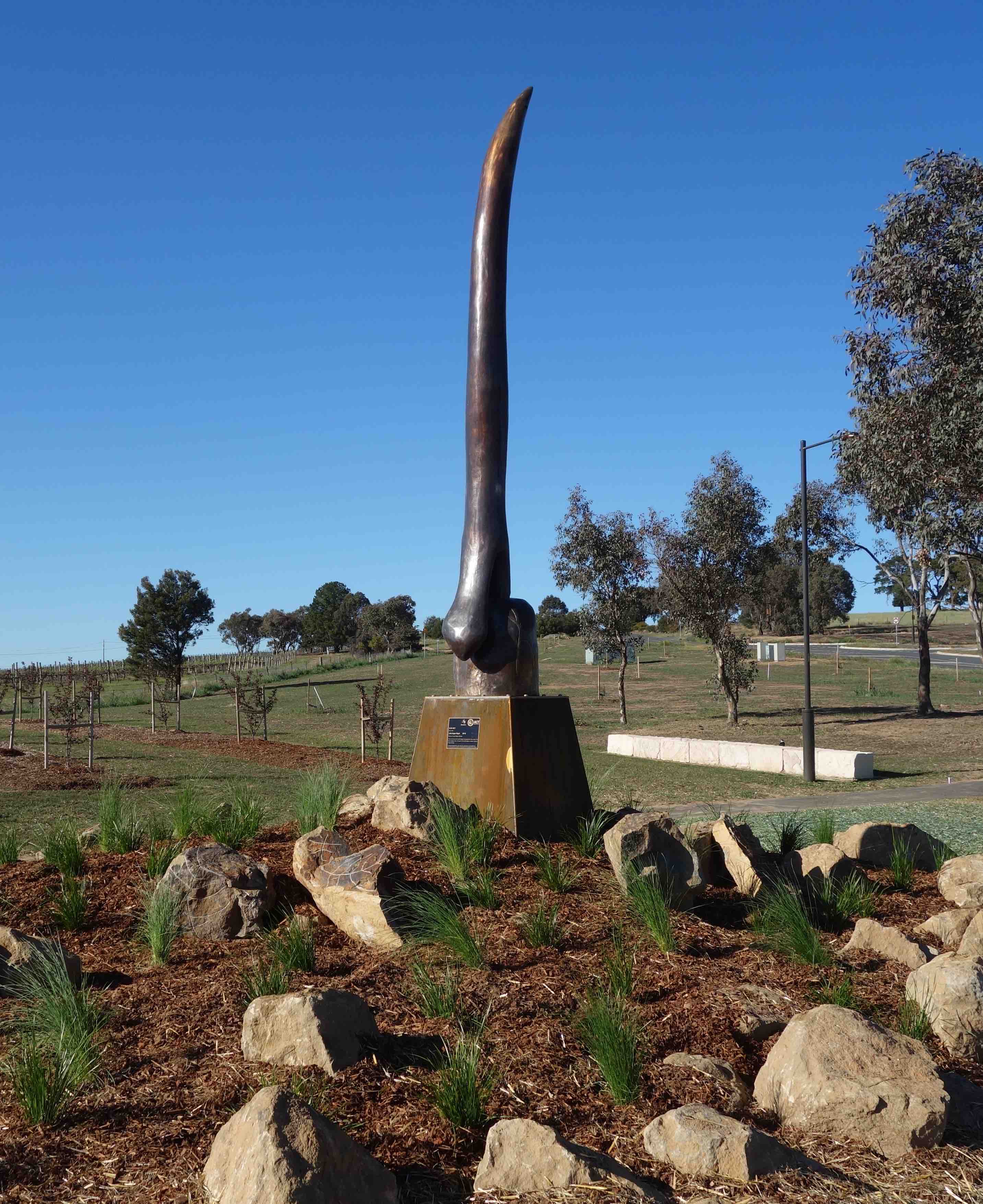 Over the past 30 years, I have developed a pictorial language that I have called Glyphs. Glyphs derive from thousands of rapid sketches that I execute within a location and these are gradually morphed into peculiar shapes – like an alphabet of the Australian bush. I have worked on numerous site-specific monumental projects in various parts of Australia and have expressed these Glyphs through various mediums – linocuts, other forms of graphics, paintings, sculptures in steel, bronze, stone, ceramics and glass. In scale these vary from miniatures through to monumental forms several metres high. 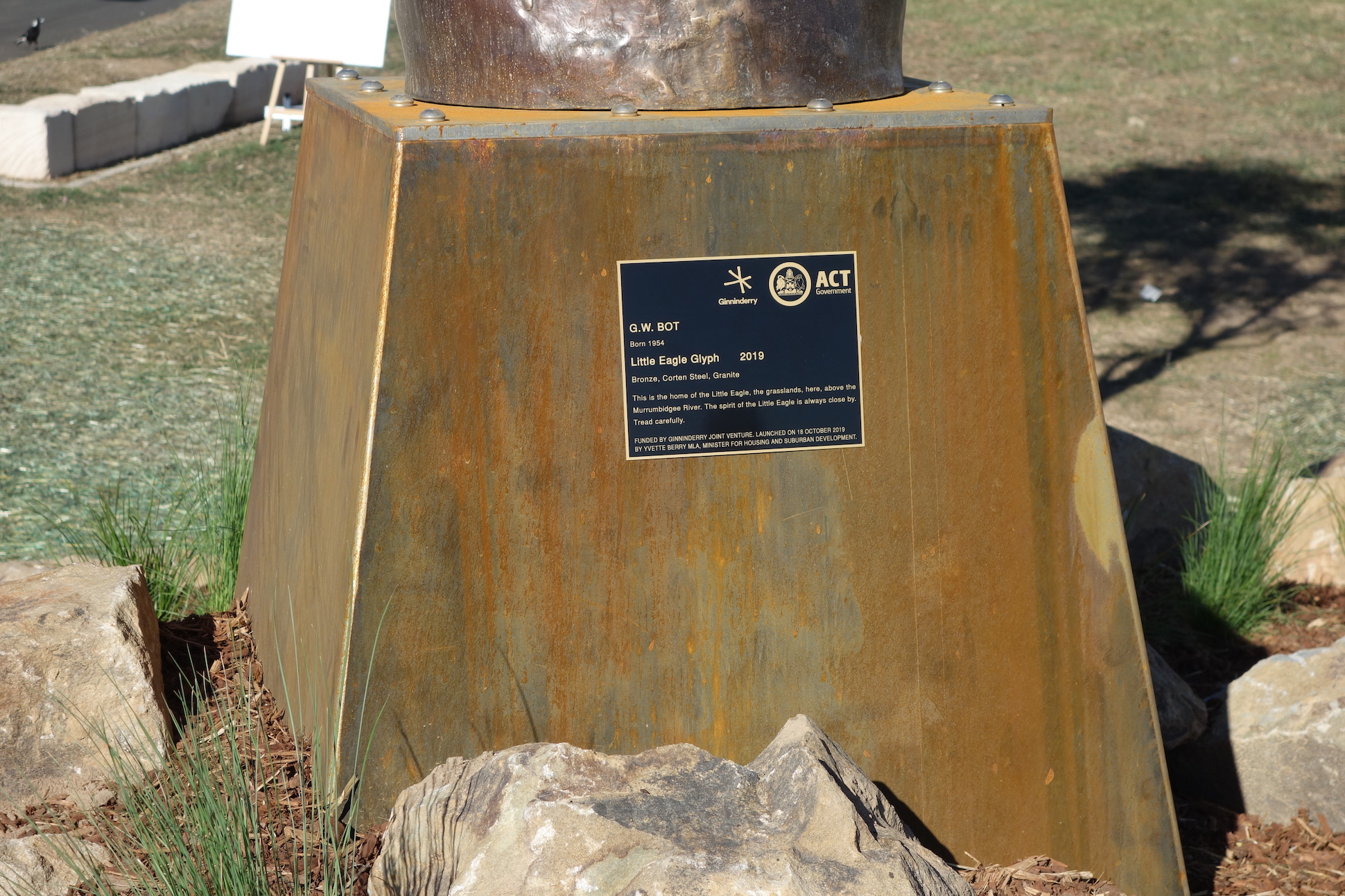 The Little Eagle Glyph does relate directly to the wonderful bird found in this area, but also to the idea of this bird, its habitat and presence the flora, fauna, Indigenous history and the history of colonial settlement. The site was originally gifted to the explorer Charles Sturt in the 19th century, then was transferred into farmland and now serves as a major housing development built around the oasis of the Strathnairn Homestead. The Little Eagle Glyph touches on all of these ideas and serves as a symbolic presence or emblem for this area. 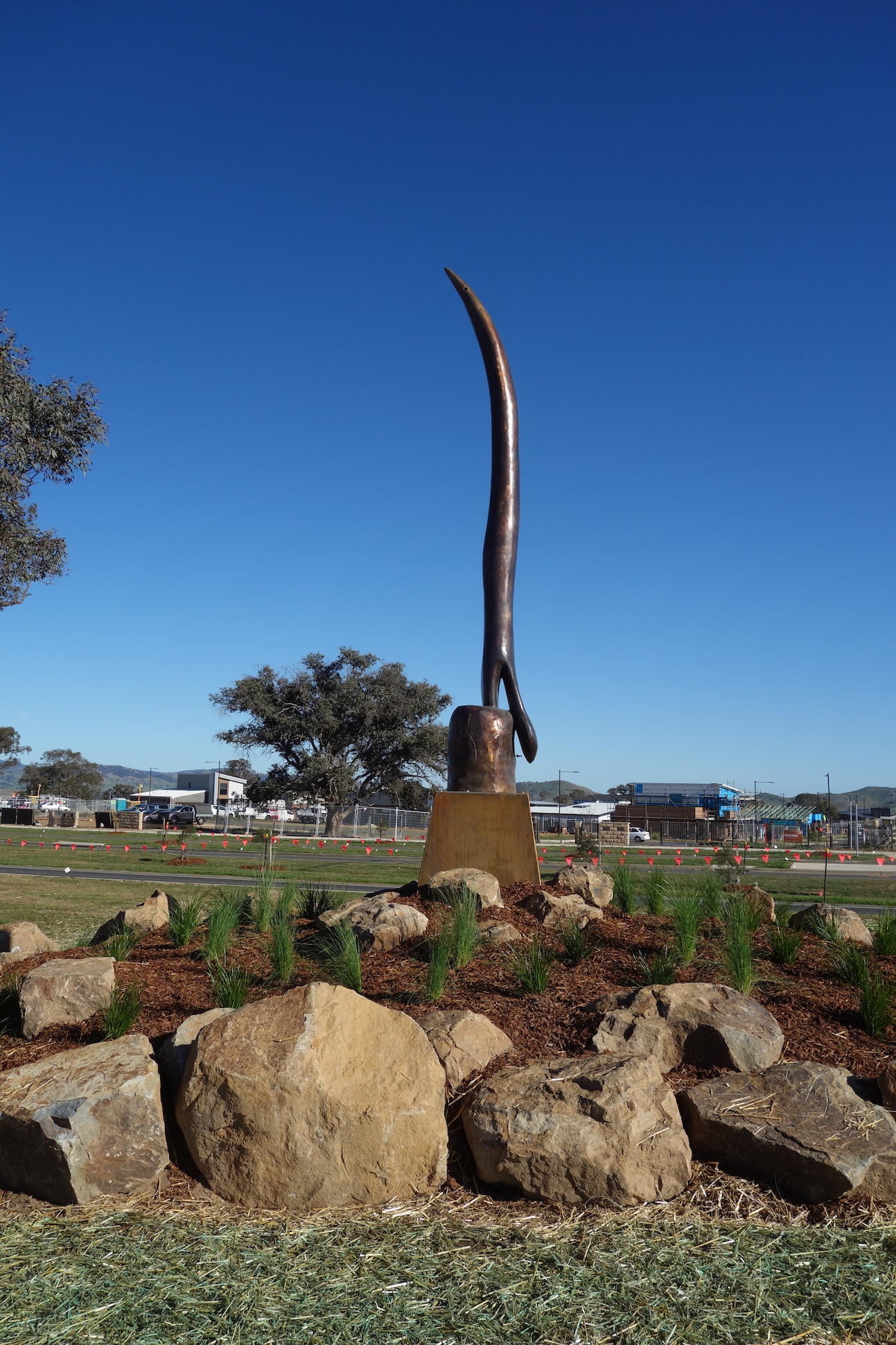 Image at top of the artist with her work is courtesy of the Canberra Times. Read their full article here