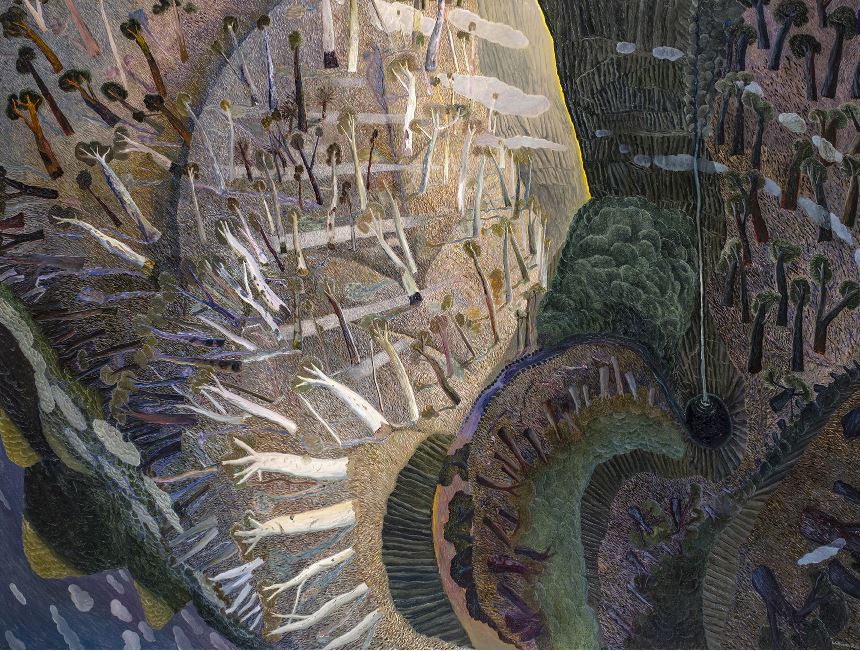 William Robinson has a profound understanding of observed natural light. In his work, small brush strokes of complimentary colours bustle in directions to create form, and we see morning and afternoon light fall naturally over mountains and everyday objects. Painting in an unapologetically ‘South East Queensland’ light, Robinson uses colour to infuse his paintings with atmospheric qualities that evoke reverence and meditation.

Guest curated by Robinson’s past student, Maureen Hansen, a practising artist herself, Elixir of light brings together oil paintings, pastels, lithographs, watercolours and gouache works that celebrate the artist’s extraordinary gift of colour perception. A 21st-century alchemist, Robinson takes metal from the earth—pure cadmiums, cobalt from lapis lazuli for Matisse blue, Aureolin yellow, transparent gold oxide—arranging these elements in a way that allows one’s perception of their environment to be awakened.

When: The exhibition will be officially opened by Gina Fairfax on Wednesday 3 July 2019 at 6:15pm.

Figurative expressionist painter William Robinson is considered one of Australia’s foremost living artists. He is recognised for his unique interpretation of the Australian landscape as well as his whimsical portraits and narrative scenes. Robinson was born in Queensland in 1936 and began painting in the 1960s. His broad, detailed images of the Australian bushland emphasising the skewed perspective of the beholder are among the most recognisable images of the Australian landscape. His humourous and imaginative self-portraits were awarded the Archibald Prize in 1987 and 1995. A major retrospective of his work was held in 2001 at the Queensland Art Gallery. A monograph of his work was published in the same year. In 2009 the William Robinson Gallery was opened at the QUT campus in Old Government House.