Rodney Forbes’ paintings address deeply poignant subject matter through dreamlike and surreal imagery. Figures and objects float against his trademark palette of bright, luminous colours, drawing the viewer in to explore a rich narrative. In the following feature Rodney discusses his inspirations, increased time in the studio and shares his new work.

In 1977 Rodney Forbes was working as a missile systems technician with the Department of Navy. The Vietnam War had wound out to its inglorious conclusion and, disillusioned, he resigned and set off overland across Asia with his wife Rouvé. Encountering civil war in Afghanistan and worsening anti-Western feeling in Iran, they washed up penniless in punk-era London, where Forbes worked as an electronic game machine technician and haunted its art galleries.

After a year in England, the pair set off back to Australia via Sri Lanka and Forbes says he can remember the exact moment, on a bumpy bus ride near Colombo, when Rouvé encouraged him to follow his dream of becoming a painter.

Back in Australia Forbes enrolled at the legendary Gippsland School of Art, with 24-hour access, no grades and no crit sessions. Three months after finishing, he exhibited his paintings at the Victorian Ministry of the Arts Foyer Gallery in Melbourne. Stuart Purves spotted the show and invited Forbes to include some works in the gallery’s stock room. A few years later, the gallery gave him his first solo exhibition. The walls were still hot from Australian icon Sidney Nolan’s show, and Forbes says:

“It’s hard to describe the nervousness occasioned by hanging as an emerging artist on the same walls as your artistic hero and the greatest painter Australia has produced. My paintings honour the ways in which people tell stories and the poetry in everyday life and that is something I very much admired about Nolan.” 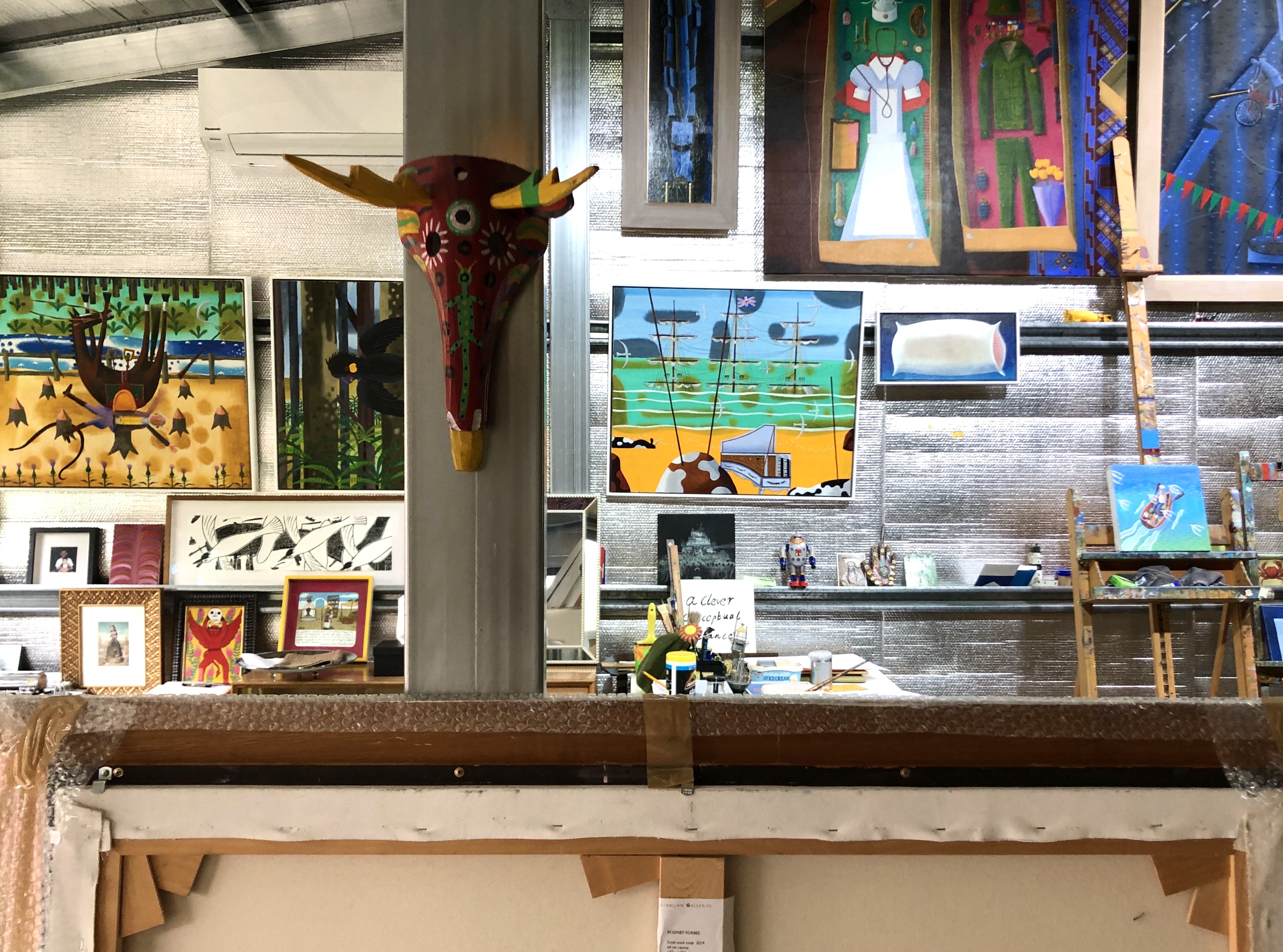 HOW ARE YOU FINDING LIFE IN ISOLATION?

The current plague seems to have given me much more time in the studio. My wife Rouvé is on immunosuppressive medication and has a serious lung condition, so isolation has been imperative for us. We live in the hills in Gippsland and I miss visiting Melbourne, but we have a beautiful forest walk near our home, so we are able to enjoy that together.

My work is always about how people tell stories but new inspirations at the moment are ideas around luck, charms and transformation. Because I grew up in Williamstown and worked in a dockyard, the sea has always had a strong presence in my work (and especially since I can’t go to the beach!) so I also have a stream of works in progress that are set on ships, beaches and piers.

WHO ARE YOUR ARTISTIC INSPIRATIONS?

I’m inspired by a very eclectic range of painters from Philip Guston to Stanley Spencer. Also, the South American magic realists, especially Julio Galan, and the Chicago New Image painters such as Jim Nutt. Miro and Chagall have always been favourites as well as illustrators like Arthur Rackham, Miroslav Sasek and Tibor Gergely. The great observational photographers like Andre Kertesz and Cartier-Bresson, who find magic in everyday life, also inspire me. I started off as a cartoonist and Robert Crumb was my teenage hero. I’ve always respected Sidney Nolan’s painting and  my debut show in 1989 at Australian Galleries was directly after his in the same room. I was able to see many of his key paintings in the stockrooms. 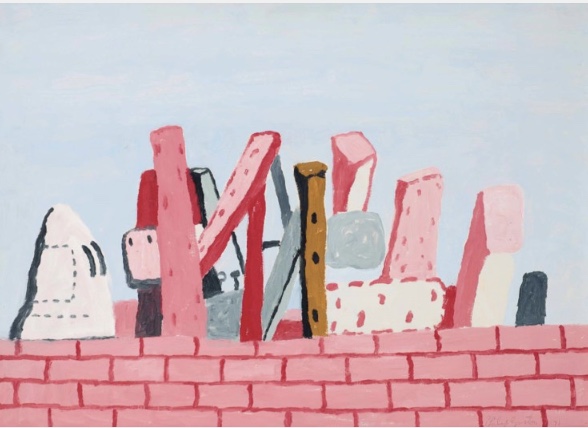 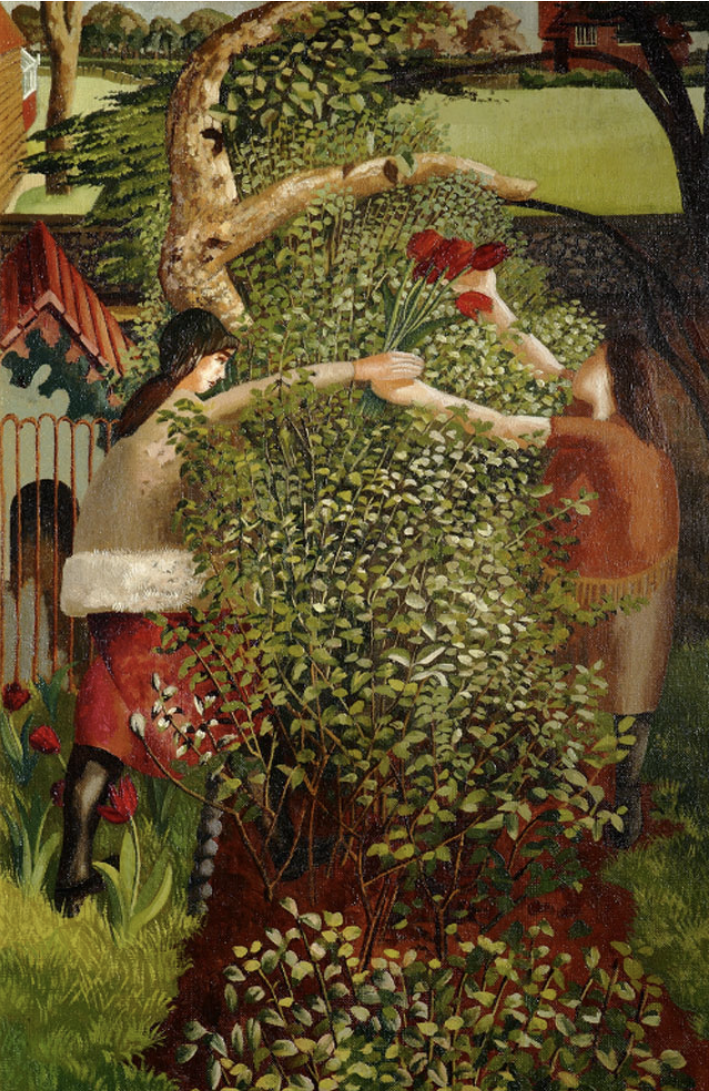 CAN YOU SHARE WITH US YOUR MUSICAL INSPIRATIONS AND HOW THEY DIRECTLY INFLUENCE YOUR WORK?

My musical tastes are equally eclectic. I listen to composers like Satie and Debussy, bluegrass and a whole range of jazz, blues and alternative music. I always have music paying in the studio and many of my paintings reference musical lyrics and poetry lines.

A lot of the great poetry of the 20th century was written as pop song lyrics, as evidenced by Bob Dylan winning a Nobel prize. I’ve often used song lyrics as inspirations for paintings. One example is Jimi Hendrix’s If 6 turned out to be 9. It  considers how small random misunderstandings can have major impacts on the course of our lives – for example, a door number being upside down. Conversely, another painting double-references Paul Kelly’s song I’ve done all the dumb things and the jazz standard Everything happens to me. We can fall victim to thinking life always ‘happens to us’, rather than taking charge of what we can. 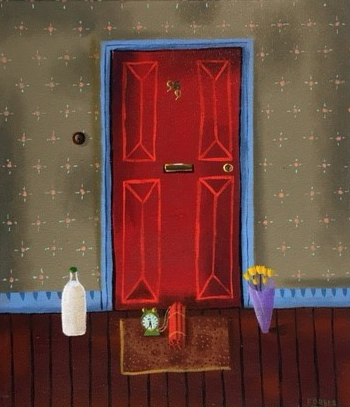 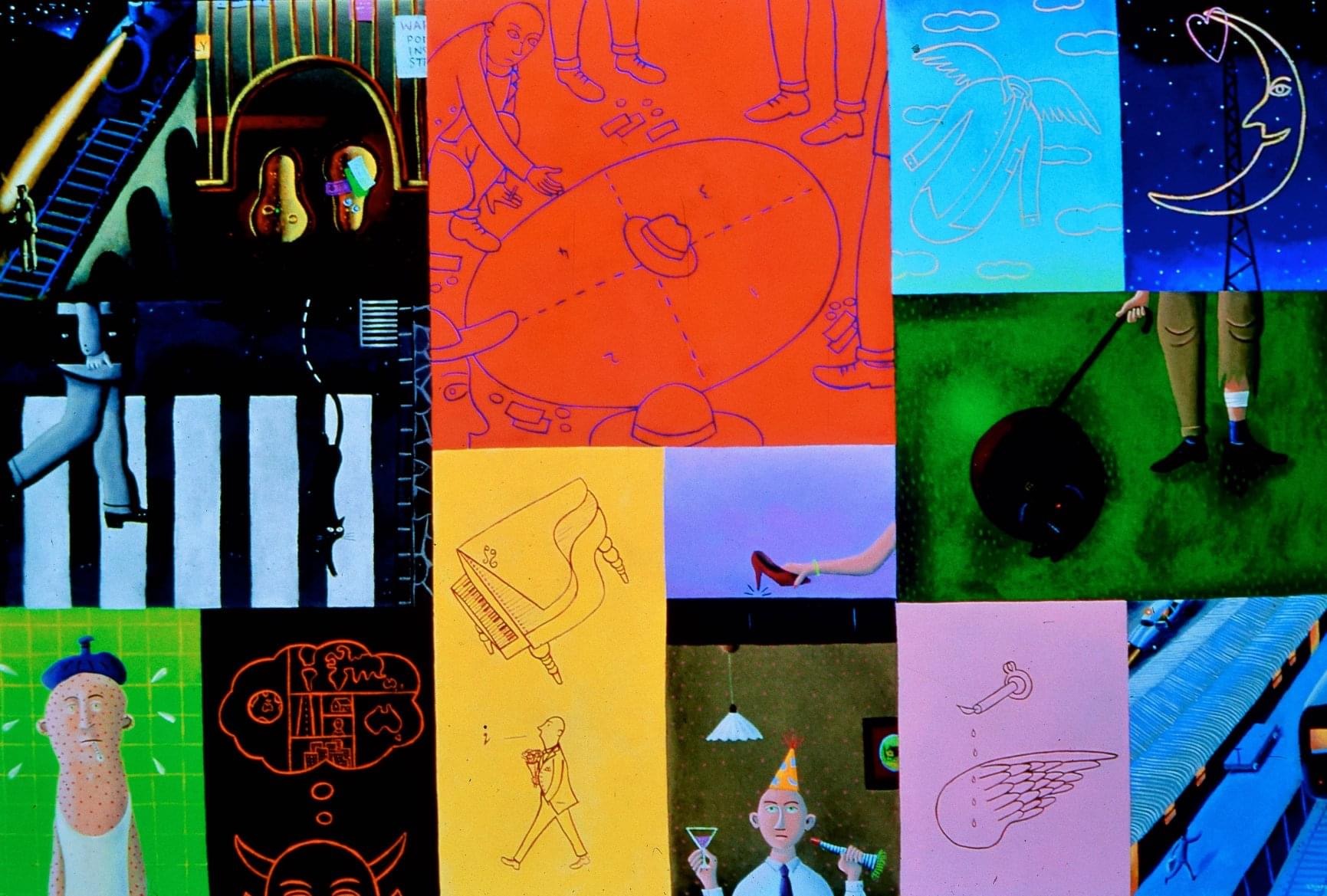 WHAT IS YOUR FAVOURITE PASTIME OR HOBBY?

I like bushwalking, gardening and kayaking. I have enjoyed a lot of travel in my life, wandering overland on the hippy trail across Asia via Kathmandu to London when I was a young man. I’ve also visited Pine Ridge Sioux reservation in South Dakota and Santo Domingo Pueblo in New Mexico at the invitation of Native American friends, and have been captivated by Sioux and Navajo culture. I’m a voracious reader – I like to read 5 books at a time and I find poetry is a great inspiration for painting. My favourite books ever are Joyce Cary’s ‘The Horse’s Mouth’ which captures perfectly what goes on in a painter’s head, and ‘The Book of Changes’ which I learned how to use as an oracle when I was traveling across Asia. Robert Hughes’ biography of Goya is the best book about an artist that I have ever read.

At the moment I’m planning a 40-year survey exhibition of my paintings at Gippsland Art Gallery. Australian Galleries are helping me to borrow key paintings from the collectors who have supported me over the years and I’m excited about seeing those old friends again.

NEW TO THE STOCK ROOMS

Australian Galleries is pleased to feature Rodney Forbes’ work in the mini exhibition Chronicles together with Nick Howson. This exhibition can be viewed online or in our Melbourne gallery, open 7 days from 10am to 6pm or online, click here. 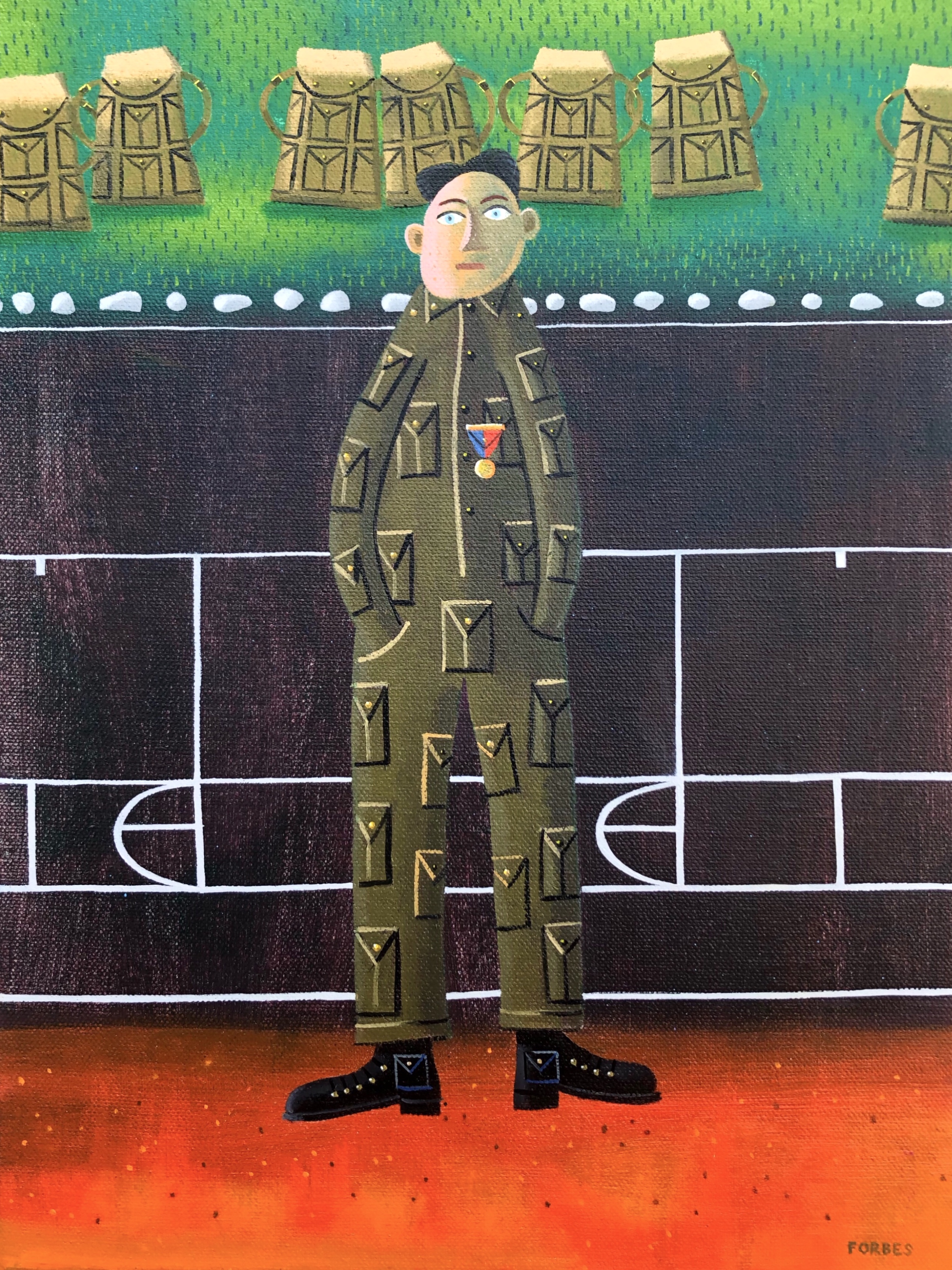 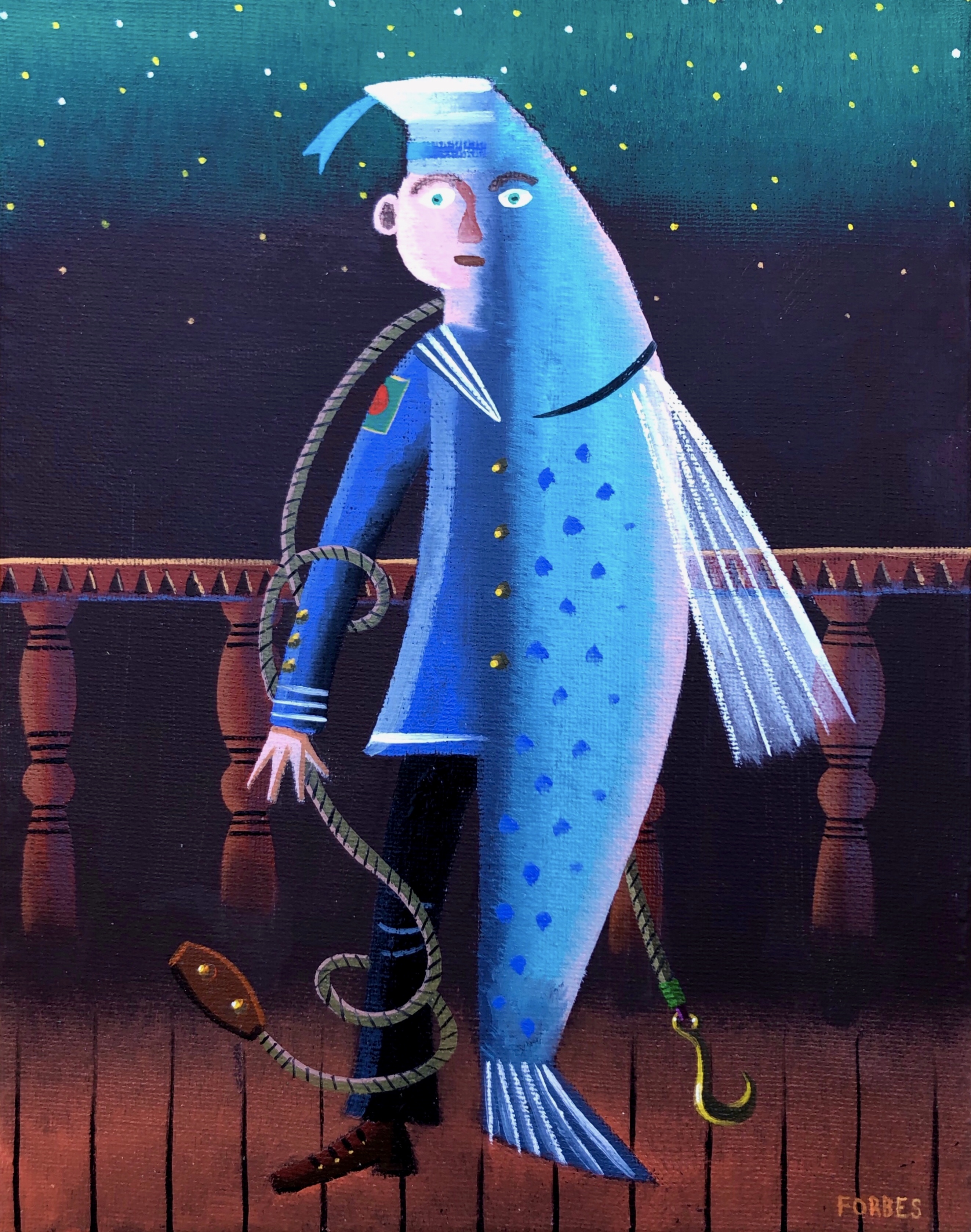 Photograph of Rodney Forbes in his studio by Richard Dodson