The Phantom – on the move

The Phantom Art Exhibition is on route to Toowoomba Art Gallery, the fourth destination of its four year journey. 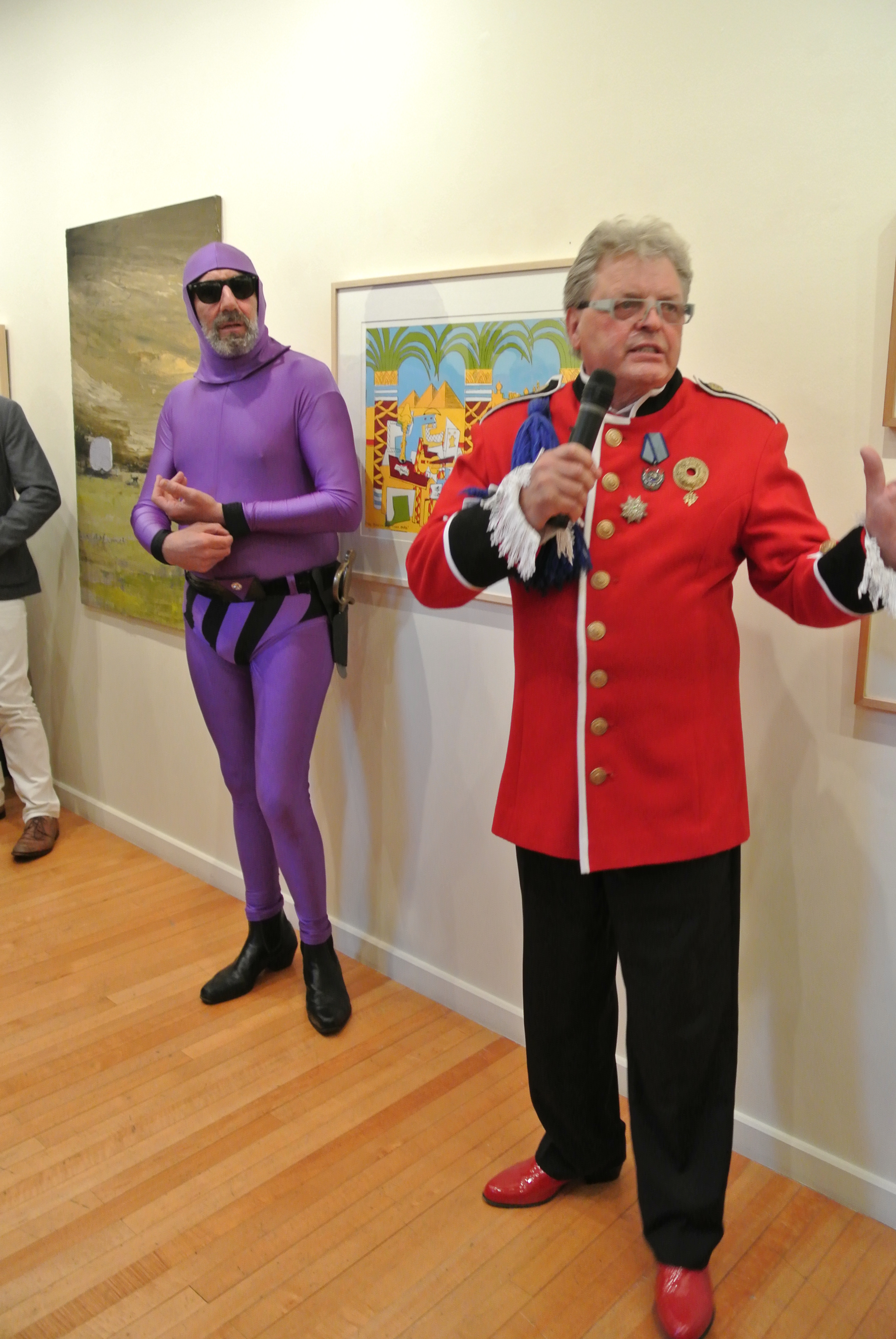 Renowned and beloved Sydney artist Peter Kingston is known for his grand paintings of Sydney and all its beauty. However he also has a fascination with the quirky characters that appear in cartoons and comics. These characters appeal to him due to their fantastical worlds however the characters that he is most interested in are the ones with layers and qualities of humanity. The one character that has become an obsession to Kingston is the superhero The Phantom. 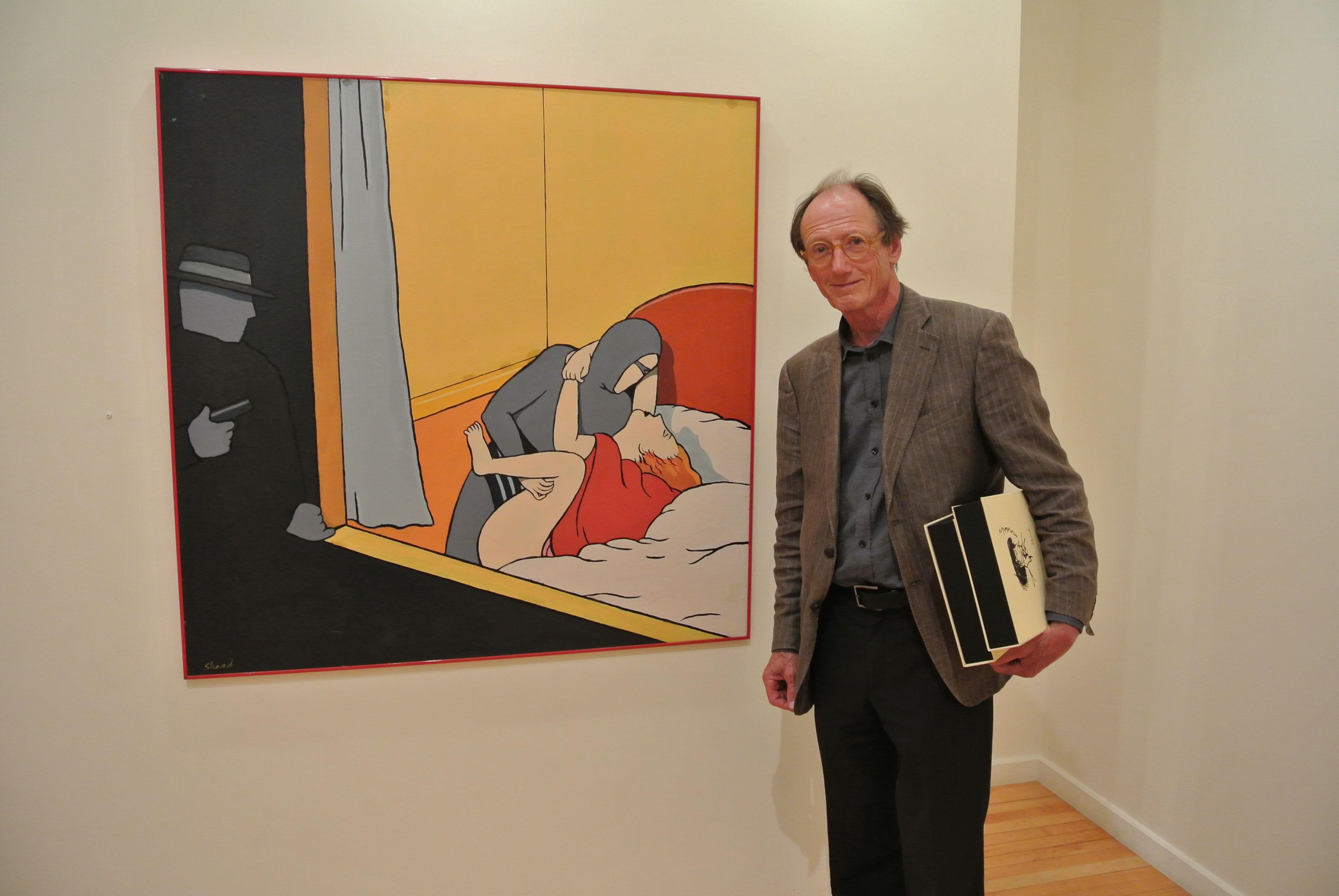 Garry Shead in front of his work for The Phantom exhibition

“Why The Phantom? Why not Superman? Or Batman? Why does a comic book character created prior to World War II still resonate so strongly with many generations nearly 80 years later? Is his appeal just an antipodean anomaly or something more?  Could any fictional comic book character easily attract over 40 artists in 2014 to reinterpret his image in an exhibition in Australia, let alone anywhere in the world? Is this too many questions?” – Matthew Holle, 2014 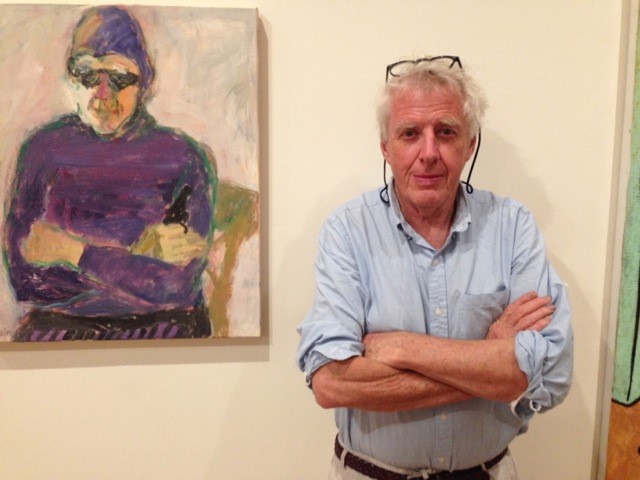 Peter Kingston in front of his portrait PK as The Phantom, by Elisabeth Cummings 2014

Kingston, along with several other Phantom loving artists, Dietmar Lederwasch, Euan Macleod and Dick Frizzell decided in 2013 that it was time to put on exhibition celebrating the comic book hero. There have been four similar exhibitions held in Australia, the last one was at DC Art Gallery in Sydney in 1991. The guys invited over 40 artists to create works with a Phantom theme and they were exhibited at Australian Galleries Sydney at the end of 2014. The exhibition was unlike anything we have seen here at the gallery we had Phantom fans stream in from all over the country sharing their memories of The Phantom and having their photo taken in The Phantom’s throne (The Skull Cave was recreated in the gallery’s courtyard). 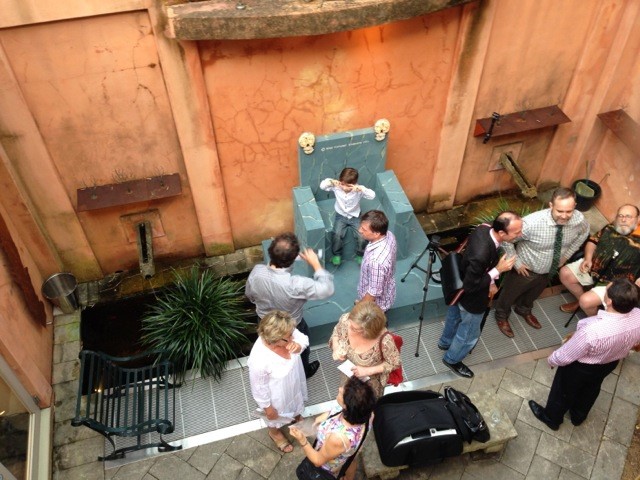 The Skull Cave, recreated in the gallery courtyard

“This show was first staged as a one off exhibition at Australian Galleries, Paddington in late 2014. Before it came down, requests were received for it to travel. First to Wollongong, timed to coincide with the city’s famous “Comic Gong”. Then to Mackay in far North Queensland, Toowoomba, Broken Hill, The Tweed, Coffs Harbour, Newcastle and Manly back in Sydney. After Manly we are planning to travel the show to Port Moresby – home of the New Guinea highland Phantom cargo cults – and finally to Los Angeles, the land where The Phantom originated over seventy eight years ago” – Peter Kingston, 2015