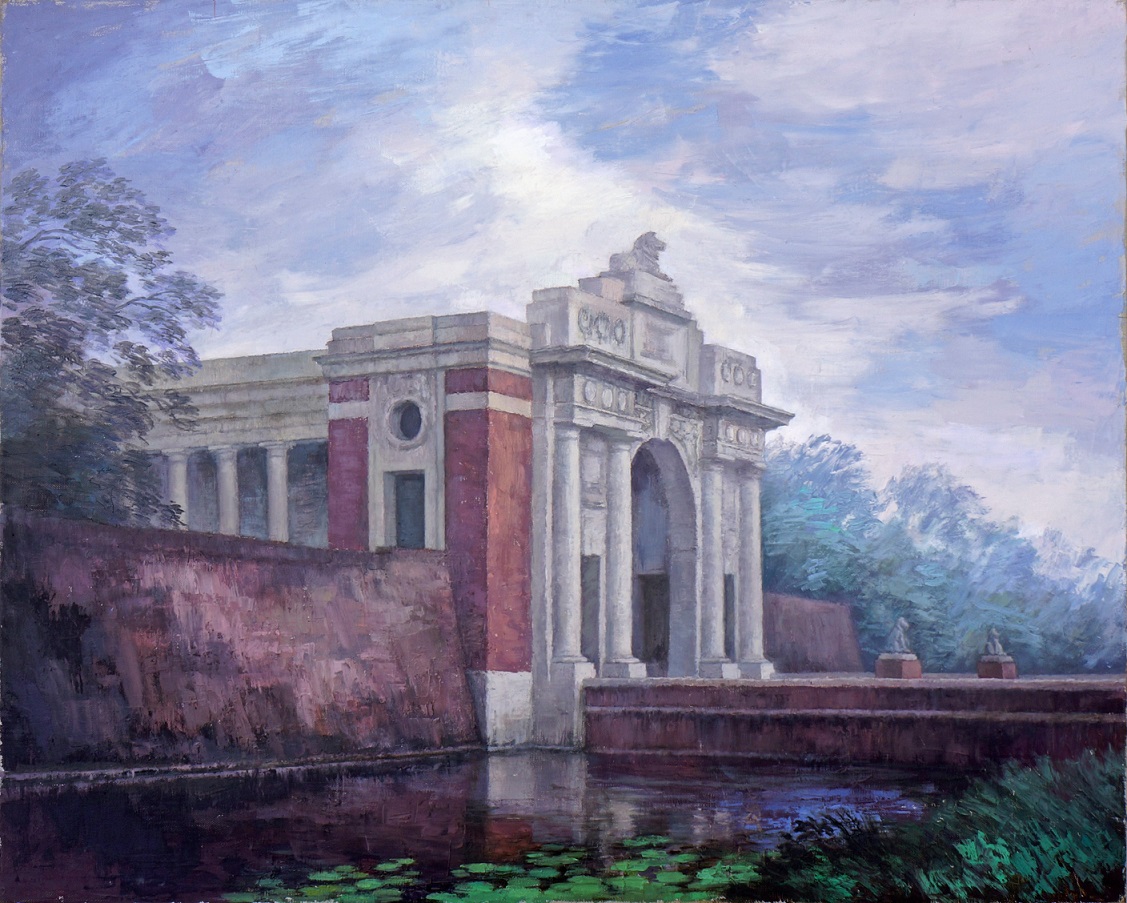 Congratulations to Michelle Hiscock who has been selected as a finalist in the Gallipoli Art Prize for her work, Menin Gate.

The Gallipoli Art Prize is an annual acquisitive award administered by the Gallipoli Memorial Club. The Art Prize is awarded to the artist who best depicts the spirit of the Club’s creed: “there exists an obligation for all to preserve the special qualities of loyalty, respect, love of country, courage and comradeship which were personified by the heroes of the Gallipoli Campaign and bequeathed to all humanity as a foundation of perpetual peace and universal freedom.”

The winner of the $20,000 art prize will be announced on Wednesday 14 April. All works will then be on exhibition at Merrylands RSL in Sydney from 15 April to 17 May 2021. For more information, and to view all 2021 finalists, click here.

Throughout history certain structures, such as the Colosseum or the Milvian Bridge in Rome, have drawn generations of artists to try to capture something of the spirit of the place and its poetic resonance, each new depiction adding a layer of meaning and significance.

This is how the Menin gate struck me when I was fortunate enough to attend the Last Post Ceremony and make sketches of it from the same angle as Longstaff’s famously haunting picture.

It was very moving to witness such dedication to remembrance.

There are more than 55 000 names of British and Commonwealth soldiers engraved on the monument, including 6 000 Australians, young men who crossed this threshold to face the ultimate test whose remains were never found.

As it stands above the dark water reminiscent of the river Styx, the gate gives the impression of a portal to another realm both for the thousands of soldiers who marched out to the Salient, never to return, and for the generations of pilgrims who continue to honour their sacrifice. – Michelle Hiscock, 2021