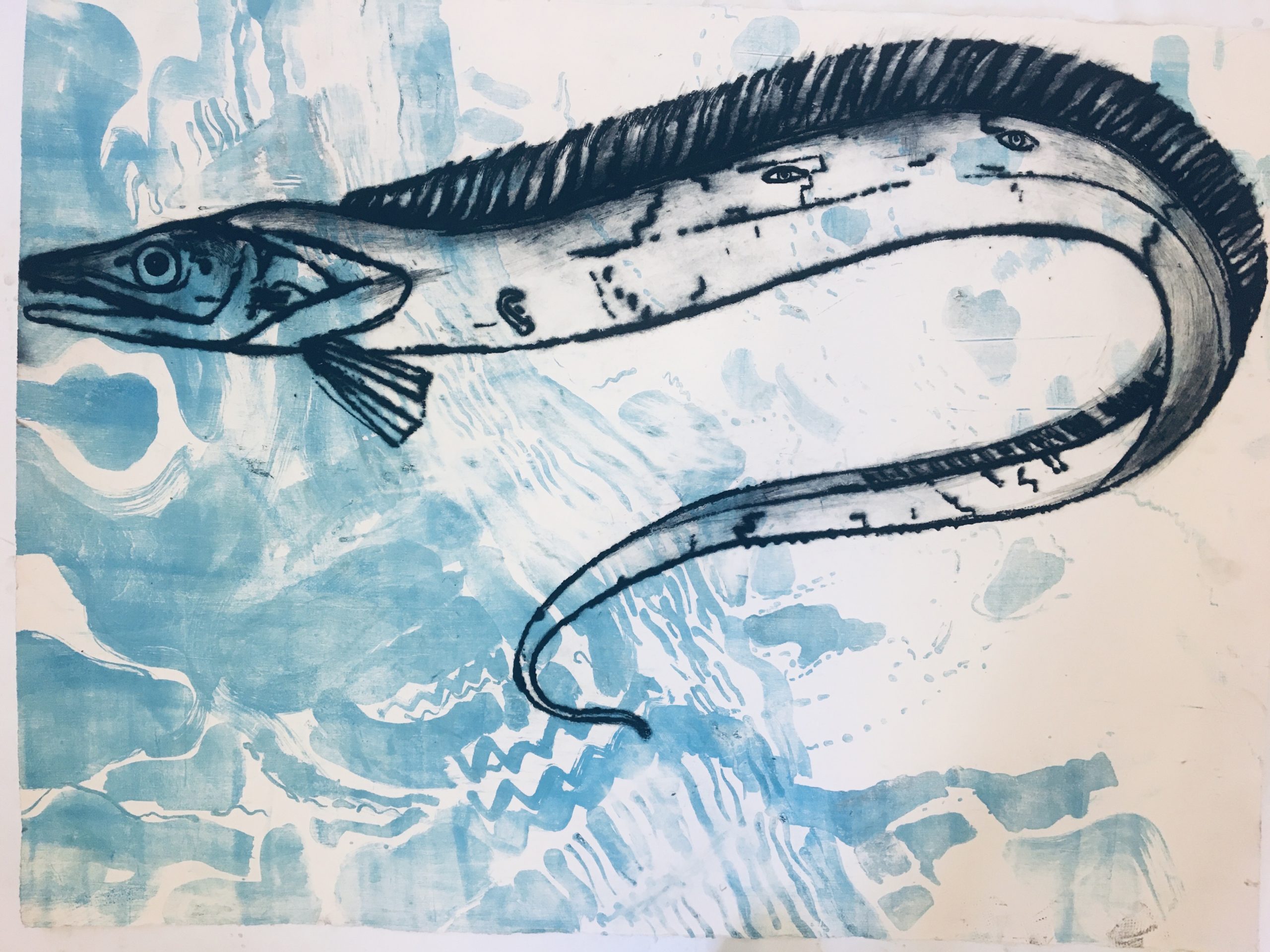 Barbie Kjar is the successful applicant for an artist residency on King Island, Tasmania, and will be undertaking the residency over two sessions, one in April and the other later in 2022.

The King Island Artist Residency offers Tasmanian, national and international professional artists working in any artform between two to six weeks of creative time on King Island. Successful applicants will be provided with free accommodation and access to a vehicle and studio while on the Island. They are also invited to participate in the cultural life of King Island through informal exchanges with local artists and the community.

The climate is mild but the weather is changeable and can get very windy with wild storms as the island is in the path of the Roaring 40’s. Locals are relaxed and friendly. There’s a sense of close-knit community and a refreshing feeling of safety.

King Island Council established the King Island Arts and Cultural Centre in 2006. The King Island Artist Residency is part of the centre’s activities, and as well as offering visiting artists unhindered creative time and space, it plays an important role in encouraging and inspiring artists in the local community. Located in the picturesque Currie Wharf precinct, the centre includes workshop space and a newly refurbished gallery and offers a glimpse into the uniqueness of the island’s environment and its cultural life.

My proposal involves researching stories of the sea and maritime histories on King Island in preparation for a solo exhibition at the Maritime Museum in Hobart in December 2023.

The ideas for this exhibition revolve around maritime navigation and will have three components:

1. Oar compass installation with projections of moving images of the sea on the oar head

2. Frieze of the deep water, what lies beneath the waterline
On one of the walls of the gallery I intend to create a large frieze of prints relating to creatures in the deep sea. This would be constructed of panels of prints, 90 x 76 cm in size. The techniques involved would include drypoint, wood lithography, relief print and monoprints.

3. Navigation by the night sky – the stars have been called the eyes of the sky. Stories of cosmology, constellations from north and south hemisphere. Using sky maps of stars I will create a large drawing representing idea of navigating by the stars.
The sky maps served many people; the ancient Greeks, Egyptians and indigenous people with a way of navigation. Hipparchus 9-190 BC to 120 BC created a catalogue of nearly 1,000 stars. In the scientific journal, ‘Cosmos’,Winter, 2021, Kirsten Banks writes about the history of Australia’s first people of reading the stars which dates 65,000 years and she refers to the planets making the pathway.

I plan to have a map of the South sky and North sky with significant stars used for sea navigation, overlaid with symbols sourced form historical/personal sources. My plan is to create drawings and prints during the residency.
I plan to do research at the King Island Historical Museum and do drawings on site of the maritime artefacts. I am interested in fragments of the shipwrecks in the museum and want to find out more about the boats shipwrecked off the coast of King Island. I also intend to travel to Cape Wickham lighthouse and do drawings on site. I would like to translate initial drawings into prints, drypoints and wood lithographs.

I will travel around King Island and to make short films of the sea. The residency on King Island would allow me visit various beaches, film the wild action of the sea and this footage will then be put on a loop and projected on the oar heads of the oar compass for the Maritime Museum exhibition in Hobart. I wish to engage with community by talking to fishermen/women and ask people who I meet about their stories of the sea.

We look forward to seeing the body of work Barbie creates during this residency. To read more about Barbie Kjar and view a selection of available works, visit our website here.