Nick Howson, renowned for his murals on the streets of Richmond, has recently taken to spray painting the bollards in Melbourne’s CBD.

Whilst on a tram during Melbourne’s lockdown, Nick noticed the bare and unsightly bollards when passing the corner of Flinders and Swanston Streets. In that very moment, he decided to paint the bollards, so the next day he made a start.

Not long into the project Nick hit a roadblock. He was stopped by Police when he was merely seconds away from completing a portrait of a bird – he only had to spray a single dot for the eye. He urged the Police for “just one more spray” but they refused and ceased his spray paint cans and issued Nick a fine for not having a permit to paint the bollards and supposedly breaching lockdown restrictions, although he was within 5kms of his home and was “at work”.

Nick returned home finding the situation to be “comical and frustrating”. Later that day, he received a second visit by the Police. This time they revoked the fine and returned his cans of spray paint after realising his prolific artistic career.

To legitimise the project, Nick then wrote to Lord Major, Sally Capp, requesting permission to complete his bollards. He subsequently received a response giving him the go ahead.

Below excerpts from Nick’s letter to Sally Capp. 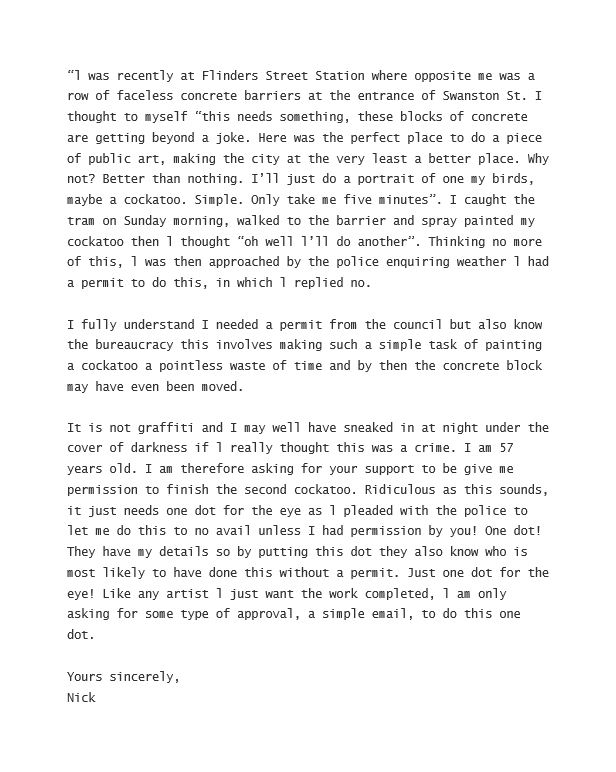 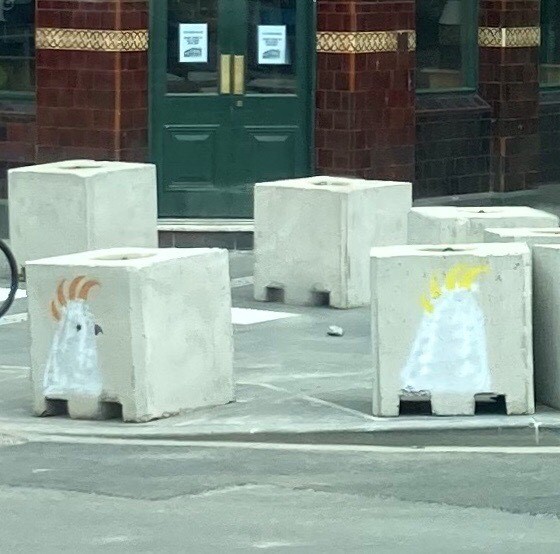 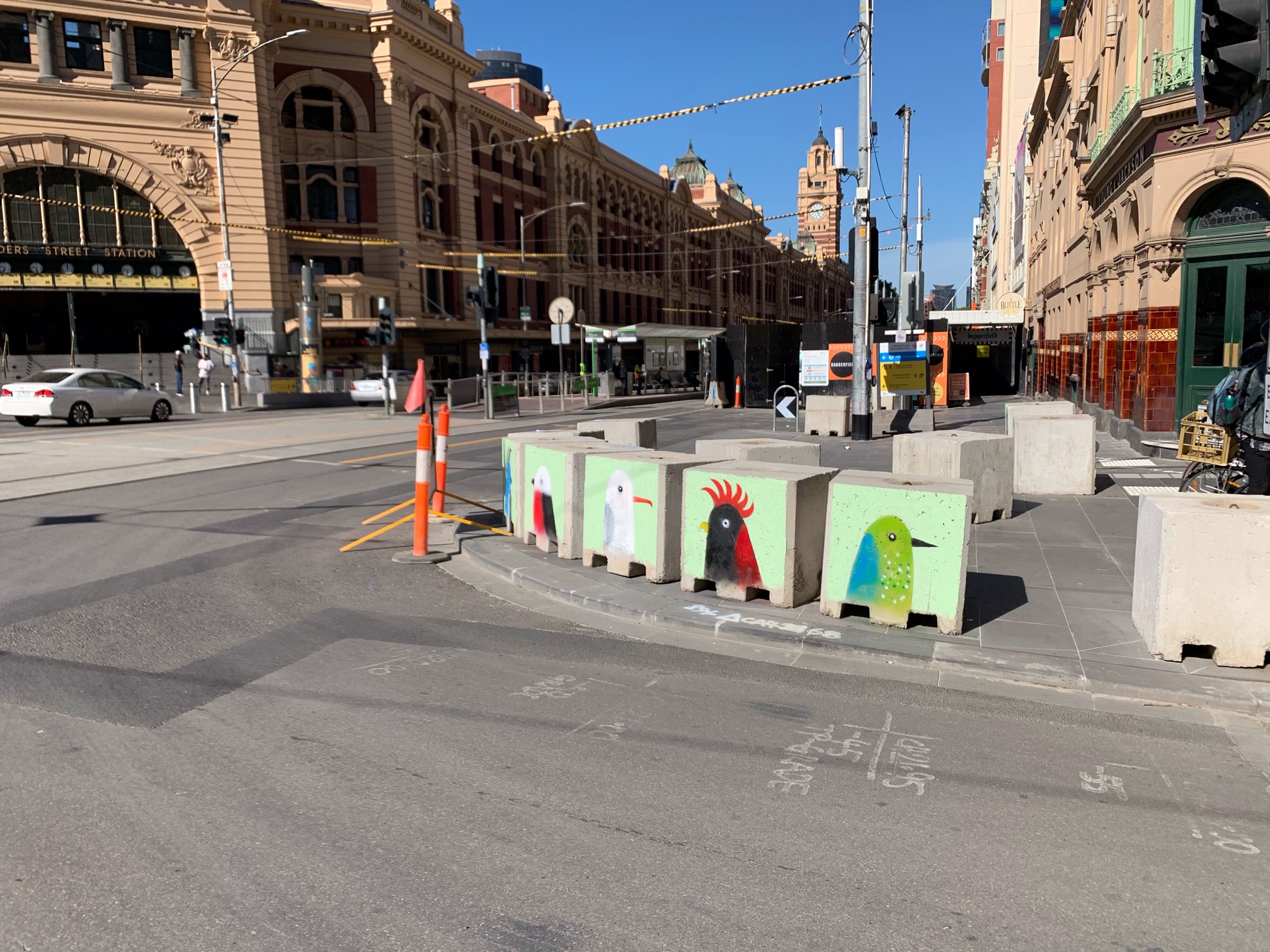 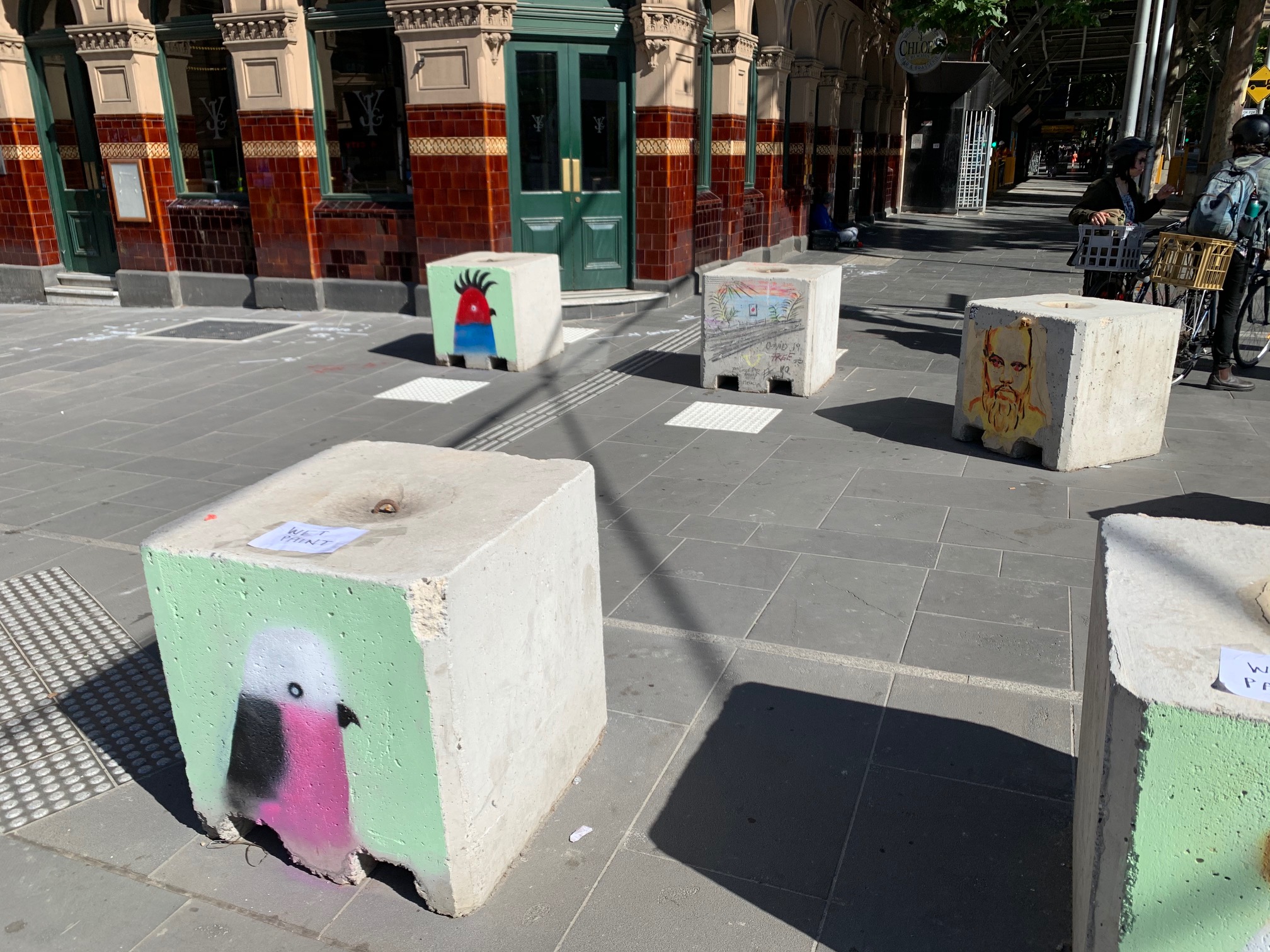 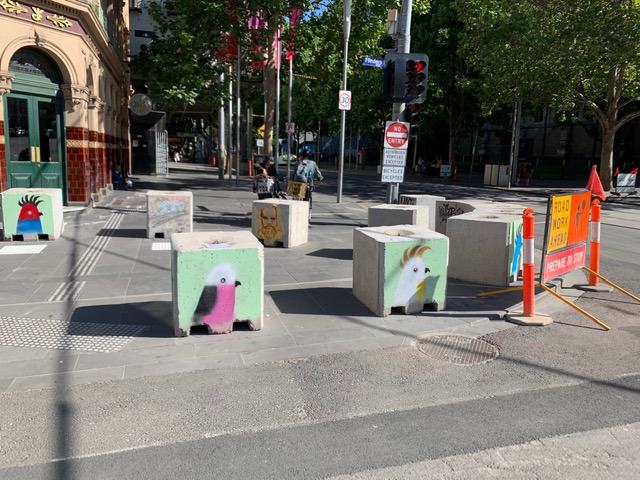