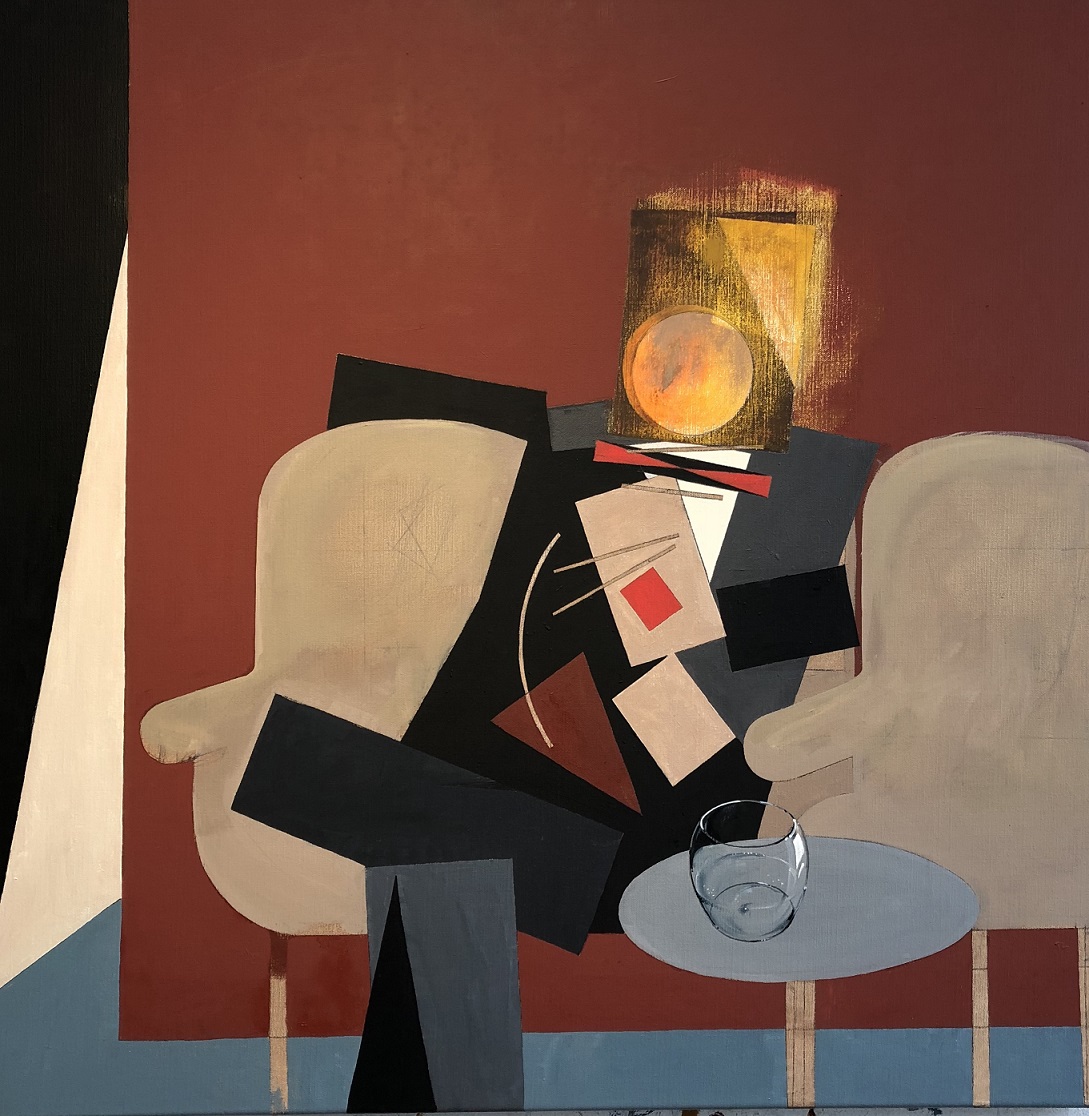 Robin Stewart’s paintings depict a modern human predicament: the pressure of commercial life. Affairs are packed into a day, which gives no time to think, contemplate, or play. The subjects of his paintings toil quietly, fulfilling a task which must be completed.

Following his attendance at art school in the late 1950s, Robin Stewart worked as a practicing commercial artist and designer his entire life. However, it has only been in more recent years that he began to focus on developing his career in painting. In anticipation of his upcoming solo exhibition with Australian Galleries in Melbourne, we sit down with the artist to discuss his creative development and ongoing artistic influences. 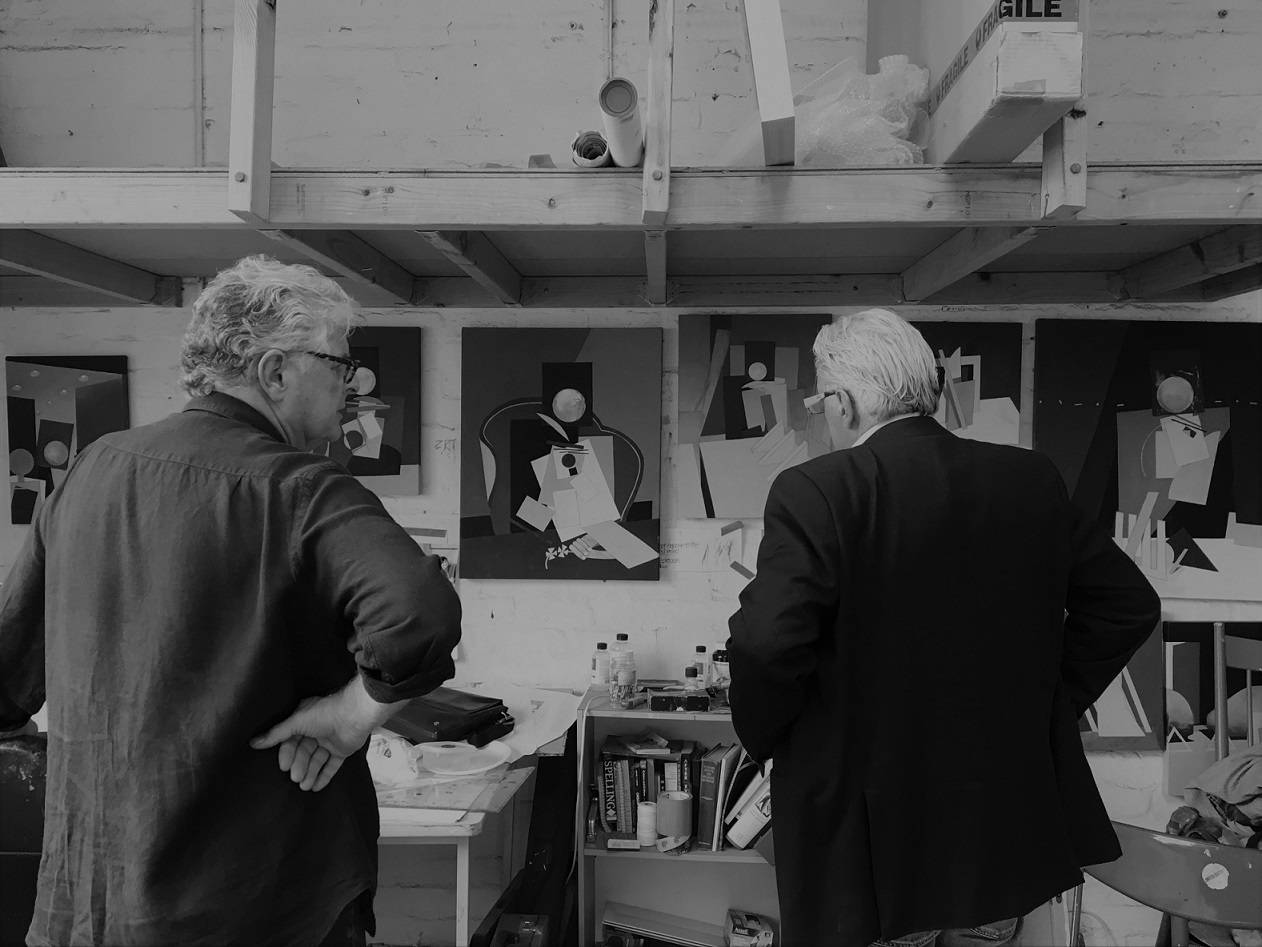 You have your first solo exhibition at Australian Galleries in April this year – how are you feeling in the lead up and what can we expect to see?

I’ve had two solo exhibitions before – both went very well – but Australian Galleries is a different thing altogether. I’m working on the idea that I need to get more paintings than we need, so that we can make a serious selection of what’s there and pick out the best of it for the show. I don’t want to be painting for the exhibition either, I think that puts pressure on you – the sort of pressure that turns up in your paintings.

So yes, feeling a little nervous.

And how long have you been working on the paintings for this exhibition?

How – if at all – has the pandemic affected your practice?

It’s pushed me around a fair bit. I was working at a large studio with a lot of other people in Richmond. I thought that the building would close during lockdown, so I pulled all the paintings out of my studio and set up a studio in the back of my house. That was okay, but it slowed everything down. I got some reasonable work done, but I didn’t have my usual set up. Usually, I work off a wall but I couldn’t do that at home, I had to work on an easel. I don’t really enjoy working at home either – I much prefer to go somewhere to work, and then leave it behind at the end of the day. And then when we all opened up again – as expected – I’d lost my much-loved studio. In hindsight I shouldn’t have walked away from it – anyway, I’m now working in another smaller studio in the same building. It’s not bad, but the whole experience has been pretty disruptive. 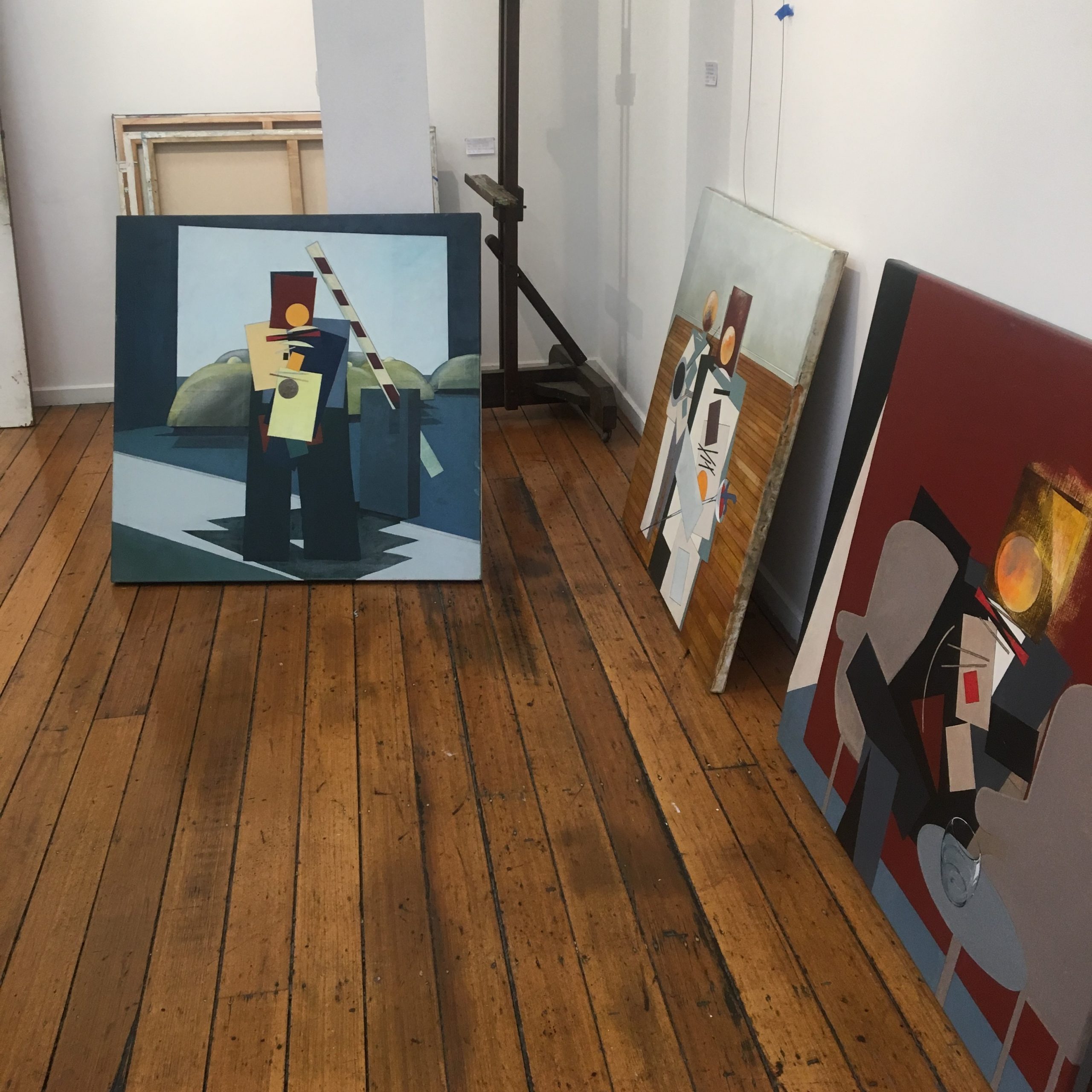 Has your previous career as a commercial artist and designer in advertising informed your more recent artistic practice?

Oh yes. I went through art school in the 1950s at Caulfield – it was really a very good art school. I studied what was called commercial art in those days, and it meant that you learned the art of reproduction. Really it was the beginnings of graphic art and design. But money was tight in my family, so I left after two and a half years and went straight into a commercial art studio.

In the studio you were working in a team of around nine people under an art director – an illustrator would do the illustration, a photographer would do the photography – and as a junior I was in charge of pulling everything together. I was what they called an ‘improver.’ I was taken under the wing of four of five senior artists and they showed me everything, introducing me to all sorts of commercial art I’d never seen. We had to do lettering and learn to use very precise graphic methods because there was no digitalisation of anything. I loved doing typography – it’s the one thing I really miss. But that whole field is almost completely gone today and many of these skills don’t really exist, it’s all been taken over by technology.

I then worked for five or six years in a similar role in a commercial art studio in Canada before returning to Australia, which was when I became an art director myself. But unlike a lot of other people working in commercial art and advertising I was always in art galleries. 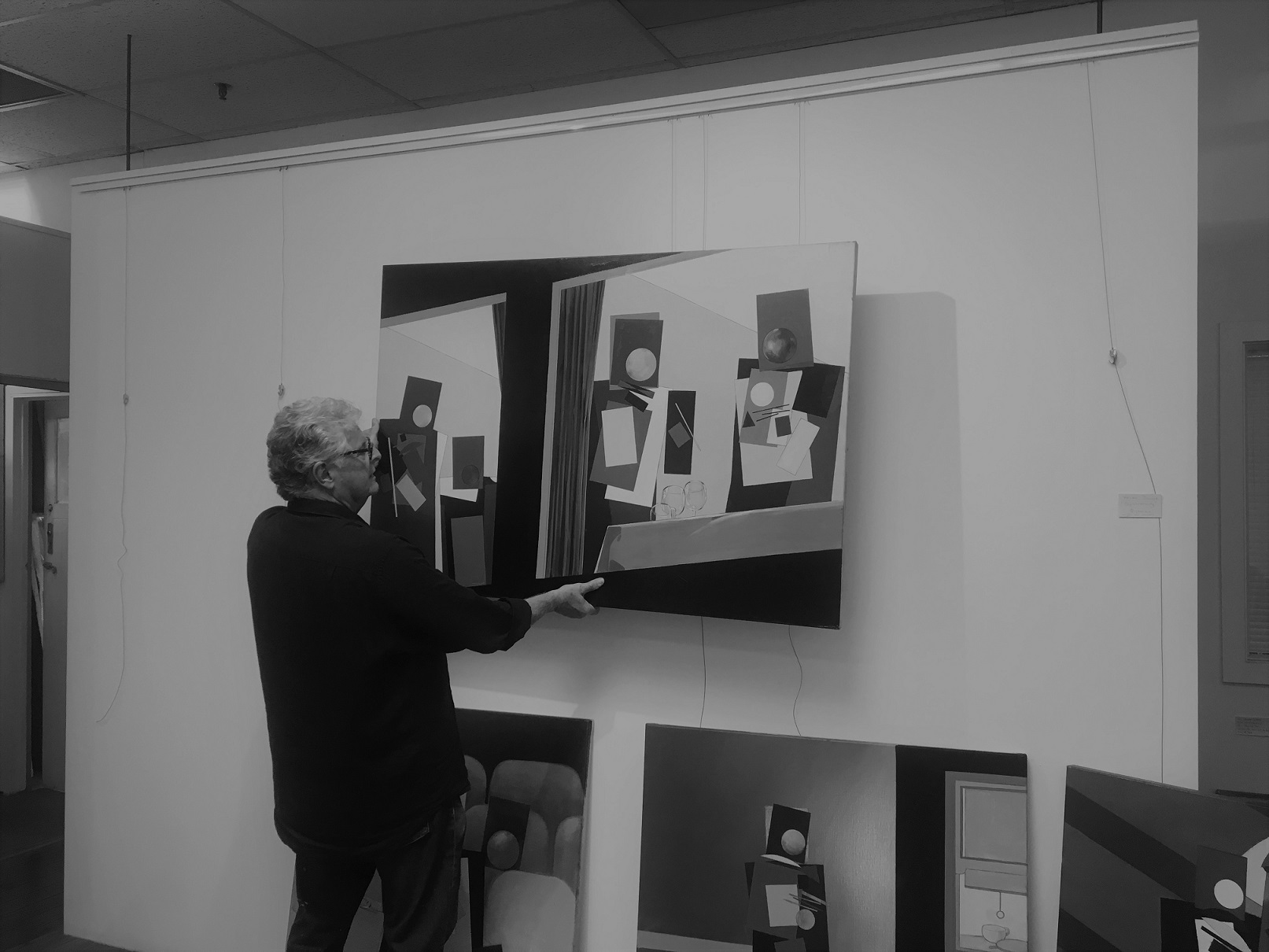 Why did you choose to pursue painting at this stage in your life?

I’d always leaned towards it. When I was travelling in the 1960s I started doing some drawings, just to capture the memories. I started my first paintings in Greece, just little watercolours. But commercial pressure always loomed; I had a wife and three kids so you’re in the business of earning income. I did a little bit of painting in the evenings, and as my art direction career grew painting fell away. I went back to it in the 1970s at home on the weekends, and then I gave it up again. At one point I started writing, but then went into business and had my own advertising agency. After I finished my involvement in the business I went back to writing for about twenty years. It was only about twelve years ago I started drawing again, then I booked a studio from a friend and committed to being an artist full time. Thought I’d better do it quickly because time is . . . running out. And the timing was good. I’m a self-taught oil painter, but in the studio there were other painters around and I’m a bit of a sponge with taking things in.

Tell us how you approach painting? Do you begin with preparatory drawings or work it out as you paint and rework the composition on canvas?

I start with drawing. I keep a workbook of everything I draw and my ideas that come together on scraps of paper and I come back to them in my painting. I always have an idea when I start out but they don’t always work – I’m praying for the day that I start one painting at the beginning and go right through to the end but it never happens like that. I often have six or eight paintings going at once. A painting can die in the middle of it, and I just put it away and go at another, and sometimes the solution in one gives me the solution to another. And often with colours too, one of my problems is I have to work to try and keep the colours down rather than up, because too many colours I think, spoils a painting and I think reduced colour palettes is simply the way to go, but it’s quite hard to do.

Do you have any desire to work in other mediums now that you’re working full time as an artist?

I don’t think so. I’ve thought about sculpture, but I still have a lot to do with painting. I think my work translates into sculpture very well, but I’m not sure. I only produce about fifteen paintings in a good year, the time taken to get into sculpture would take away from that, so we’ll see. 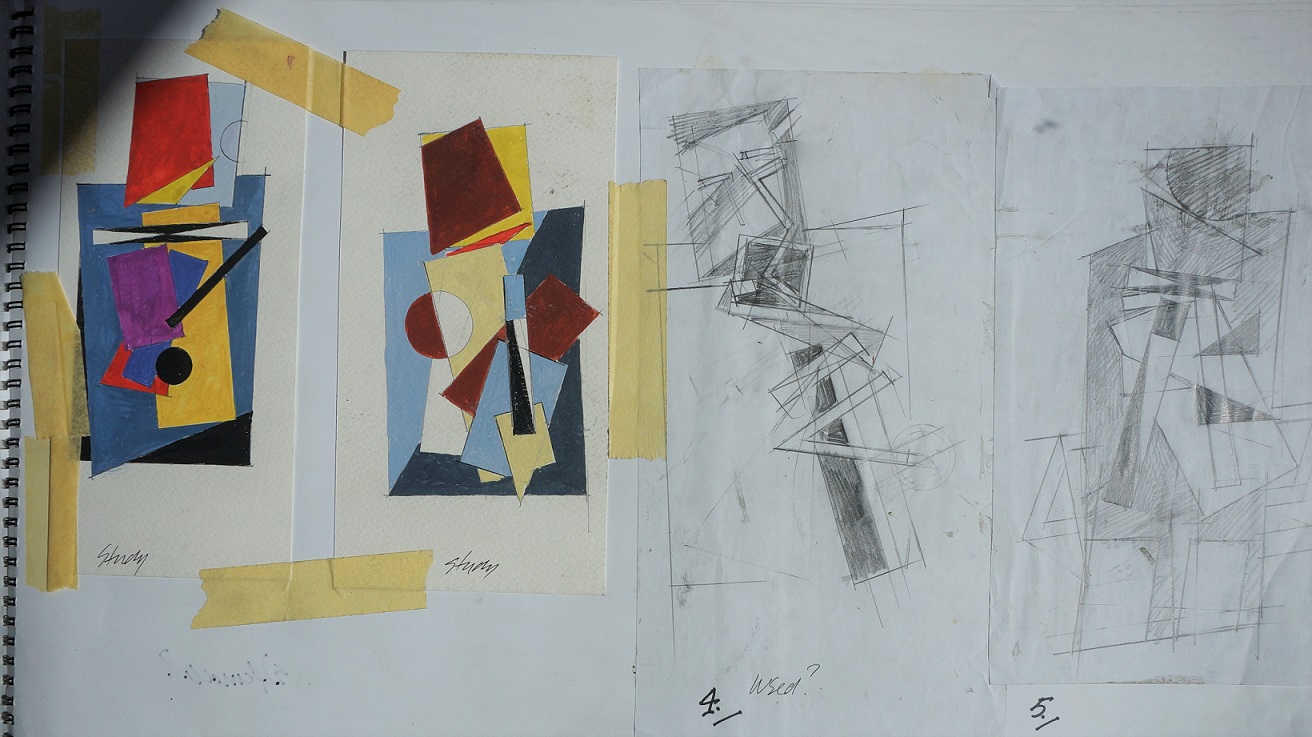 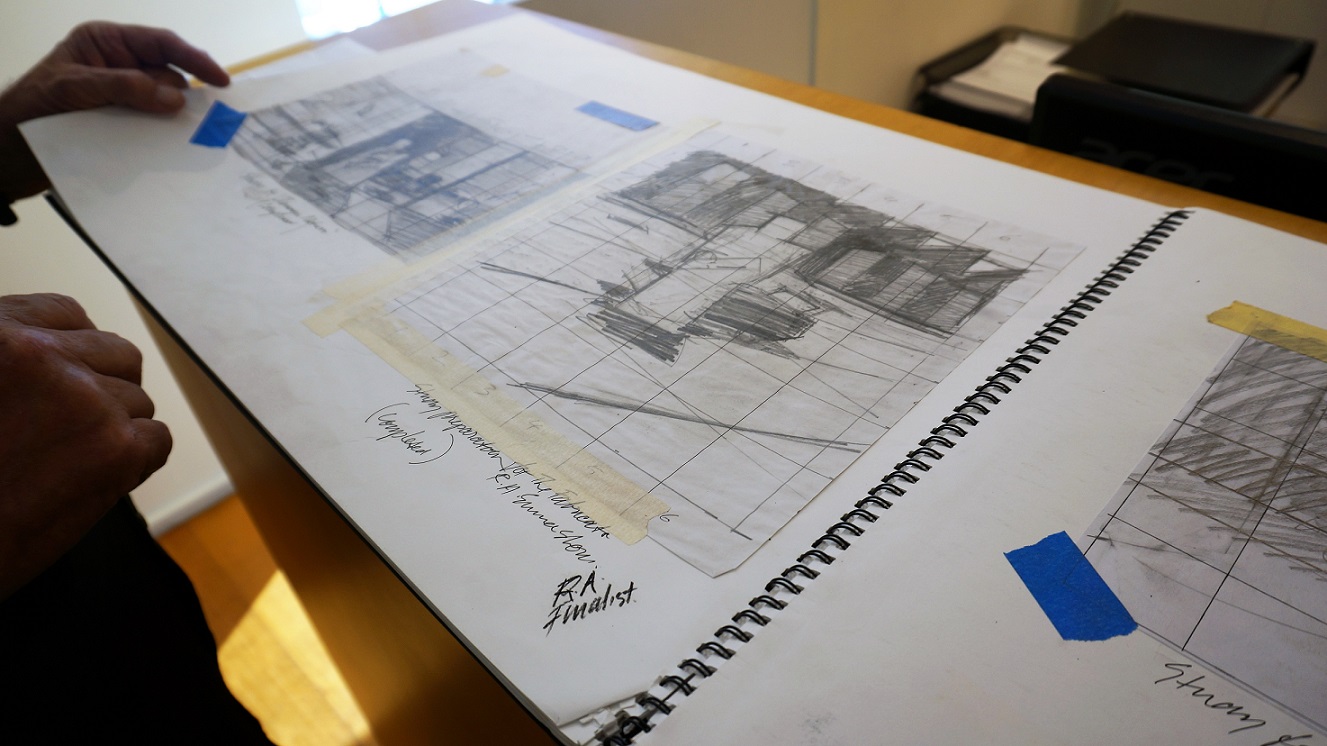 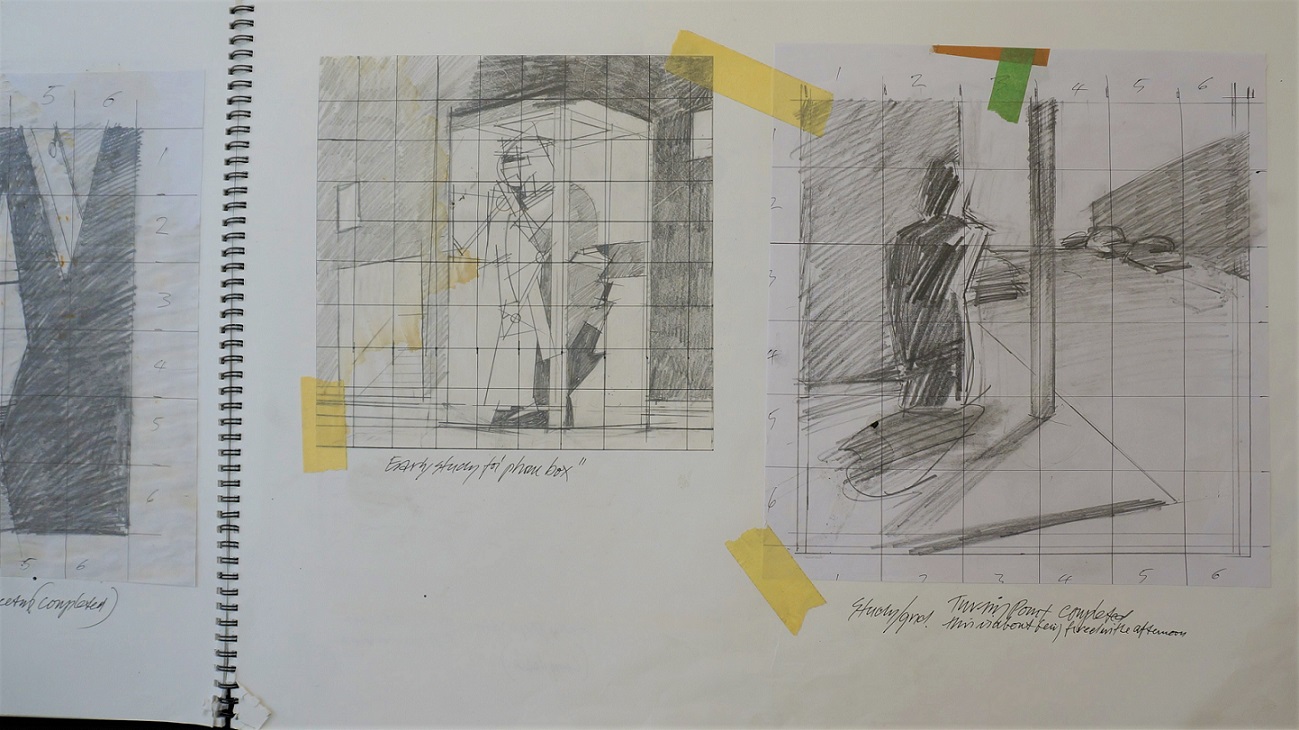 What inspires your distinctive abstract figurative imagery? How did you come to define your painting style?

I stumbled into it by accident. In my first year in the studio, I was just using charcoal creating sort of realistic night scenes in black and white. Then gradually I built up to painting. I was painting a shop, and I was painting a window of a shop and I couldn’t get anything right, so I put together a series of blocks and I lit them, and I came back the next morning and thought – hang on, that thing is better than the other part of the painting!

Your work also appears to be influenced by constructivism and suprematism. What attracts you to these early twentieth century artistic movements? Is there anything else that influences your work?

Then I started to research early twentieth century Russian painters – Alexander Rodchenko, El Lissitzky, Natalia Goncherova, Kazimir Malevich and Vladimir Tatlin – which really triggered it off. They’re red hot those people – they were so good at what they did. I’m interested in the vitality of their work, and the tension they create in their images. Interestingly, although these artists predominantly worked in abstraction, I found that at some stage they all tried to return to figuration.

I’m also inspired by the work of Francis Bacon and, of course, Edward Hopper. 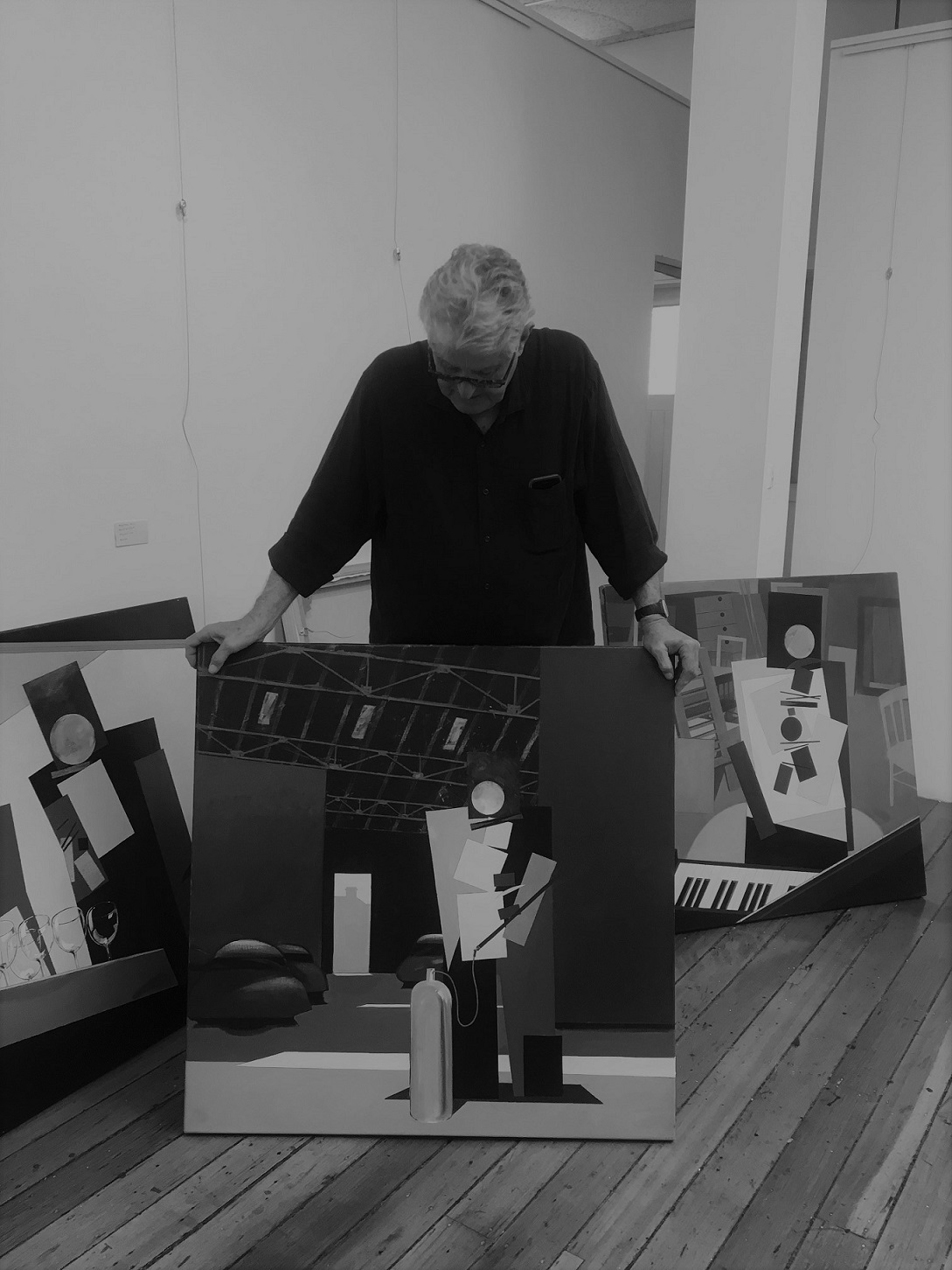