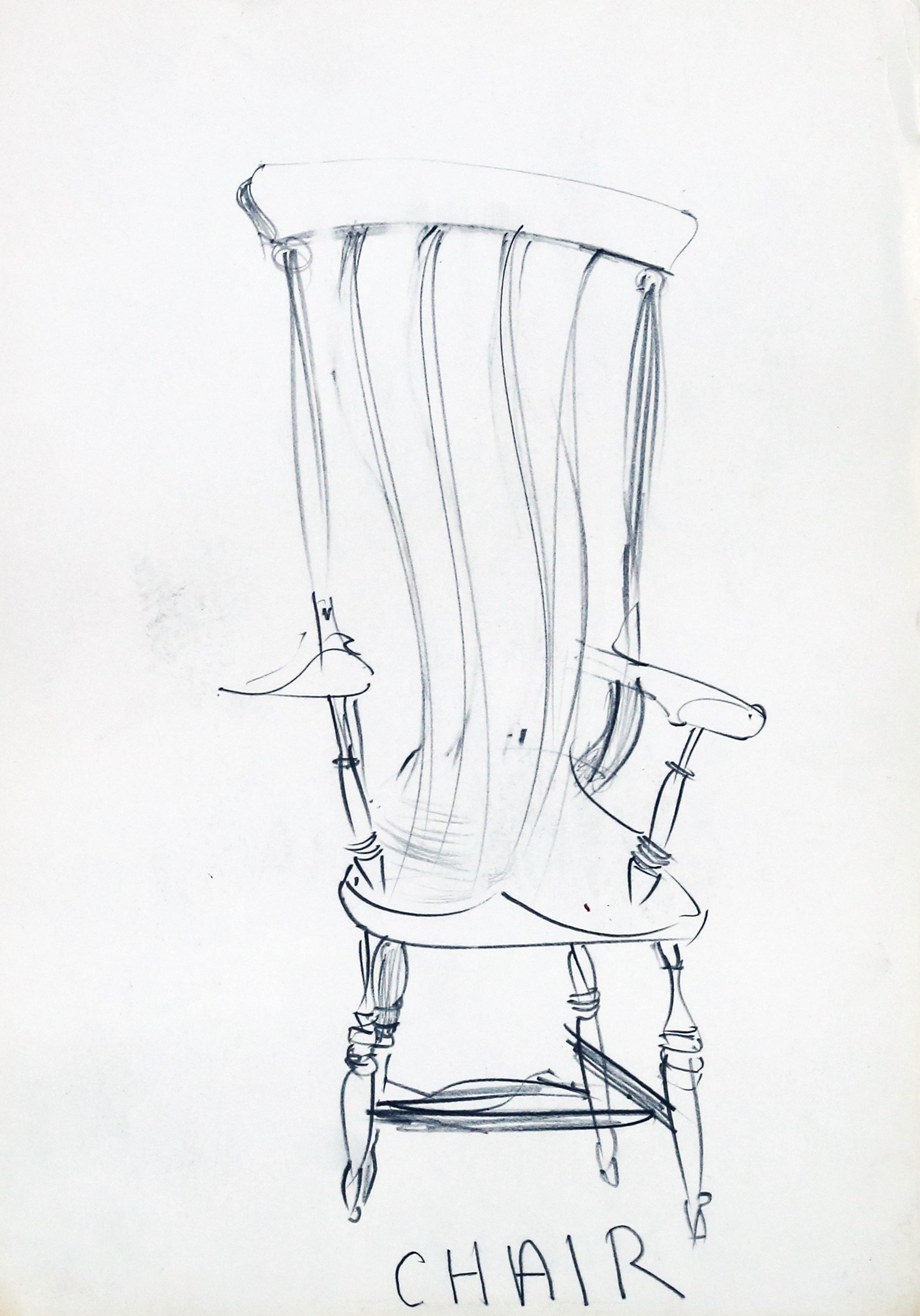 When Australian Galleries approached me for an online exhibition. My first thoughts were, “I have no new work… what can one do!” COVID19 has had a few positives and one for me has been looking through my archives of early work. It didn’t take long to realise that I had a vast collection of unseen drawings and an online exhibition seemed the perfect way to bring them into the light. I have selected drawings or works on paper for this show that have never been exhibited.

When I was raking through the work from the 1980’s I was struck by what the work meant for me, many of them in the beginning phases of my painting. I began painting in 1982. In my sketch books of the time I have often scrawled… “to be revisited at a later date” I didn’t expect it to be almost 40 years.

Its been a refreshing time for me I hope whoever views the work feels the same. The drawings selected are important to me as many have been the start of more major paintings and sculpture. 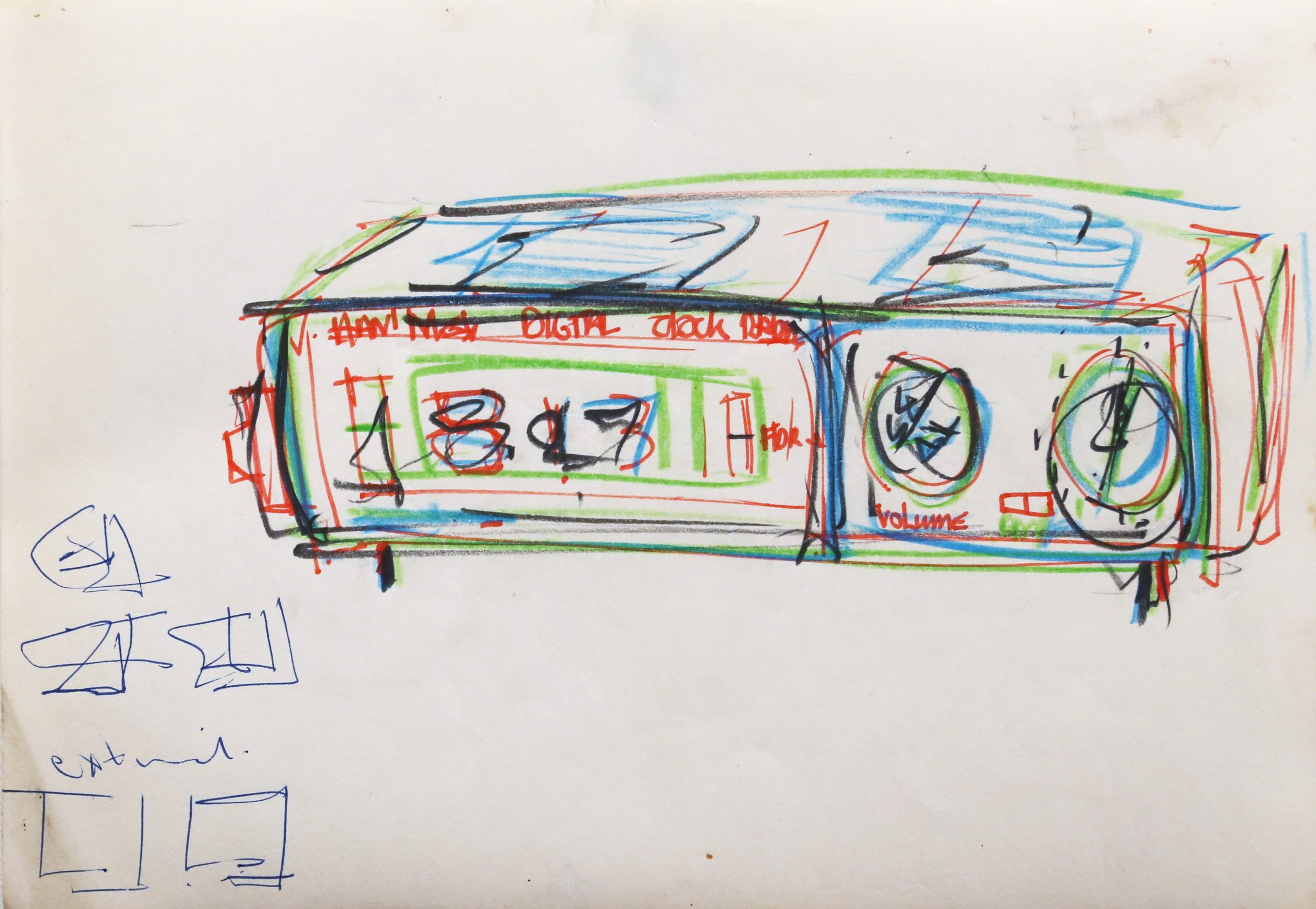 The 20 Queens Of The Jardin du Luxembourg are monuments to the women — queens, saints, and celebrities — who through their lives and works left their mark on the country. The sculptures were commissioned by Louis-Philippe, King of France from 1830 to 1848. I was interested in doing these drawings of the Queens of Luxembourg gardens apart from the beautiful setting of the sculptures I found them quite powerful once I was in their presence and started doing the drawings. Some of their lives were extraordinary and I tried to capture this in the drawings. 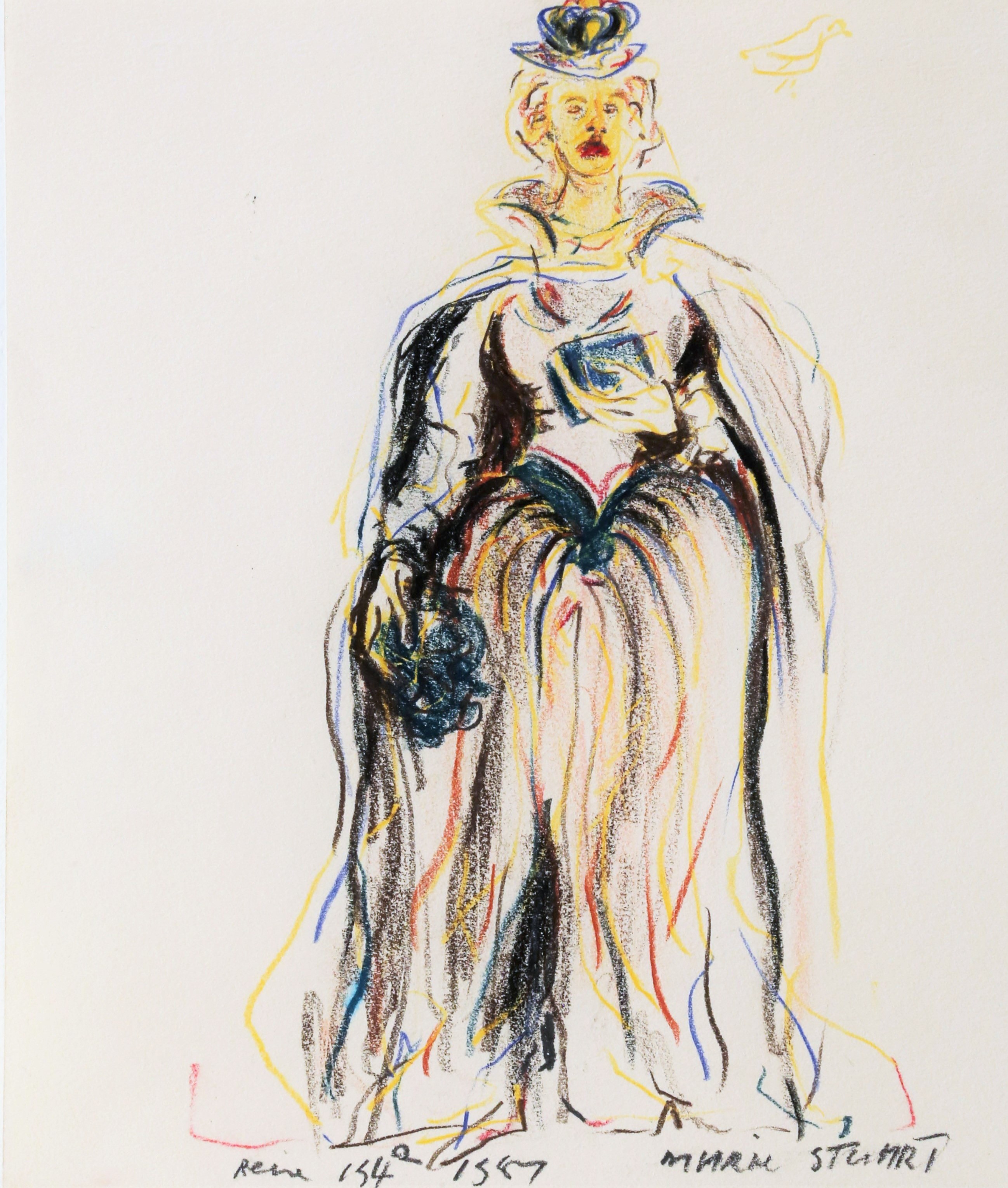 This collection of watercolours were made during my residency at the Cité International des Arts, Paris, during 1992. Many of the works reflect my state of mind at the time and my search for new imagery others are more straight forward observations.

The paintings were made during my residency in China at the Beijing Art Academy (BAA) in 1994. I was the first Australian to be offered a residency at the BAA. The residency had a profound effect on me and the final exhibition of my work held in Beijing in 1994 was at first controversial with male nudes on show. When the dust settled my exhibition was credited with helping to bridge the gap between East and West and I was made a honorary member of the Beijing Painting Academy. 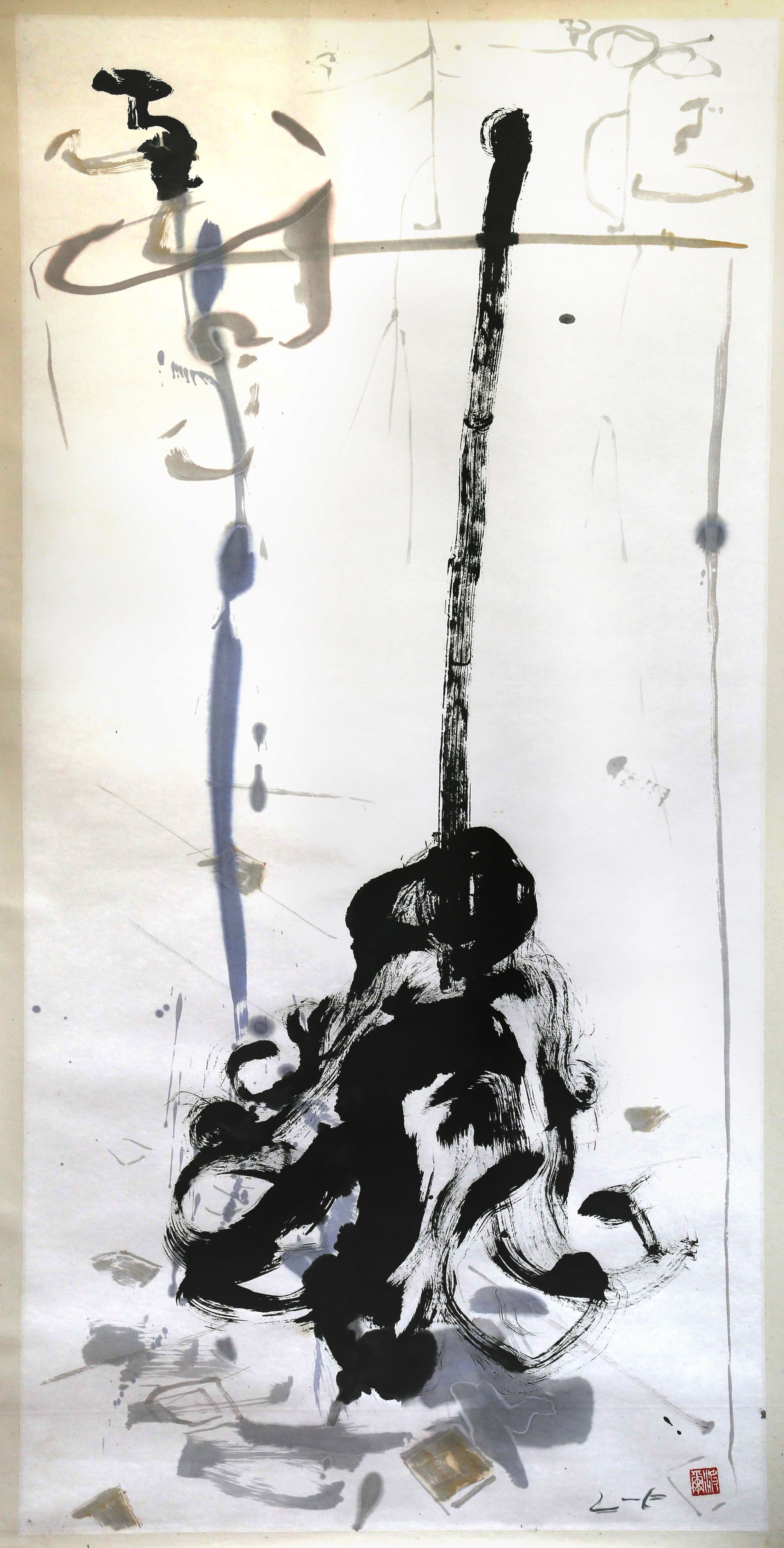 I have always found printmaking very exciting… the moment when a freshly inked plate hits the press and lifting up the paper to reveal the image… always a surprise sometimes wonderful and sometimes a challenge. Included in this body of work are 3 photo etchings, the images developed from my photo based paintings. I have added watercolour to enhance the image.

Set of 6 piano drawings inspired by Beethoven’s last piano. I remember visiting a place which had his last piano and it had a profound effect on me. I have drawn inspiration from Beethoven for years and I love looking at his original manuscripts for my own ideas and stimulation. This suite speaks to me and every time I see them them I am uplifted. The suite of plates were made and painted at La Paloma pottery in Hill End in 2002. 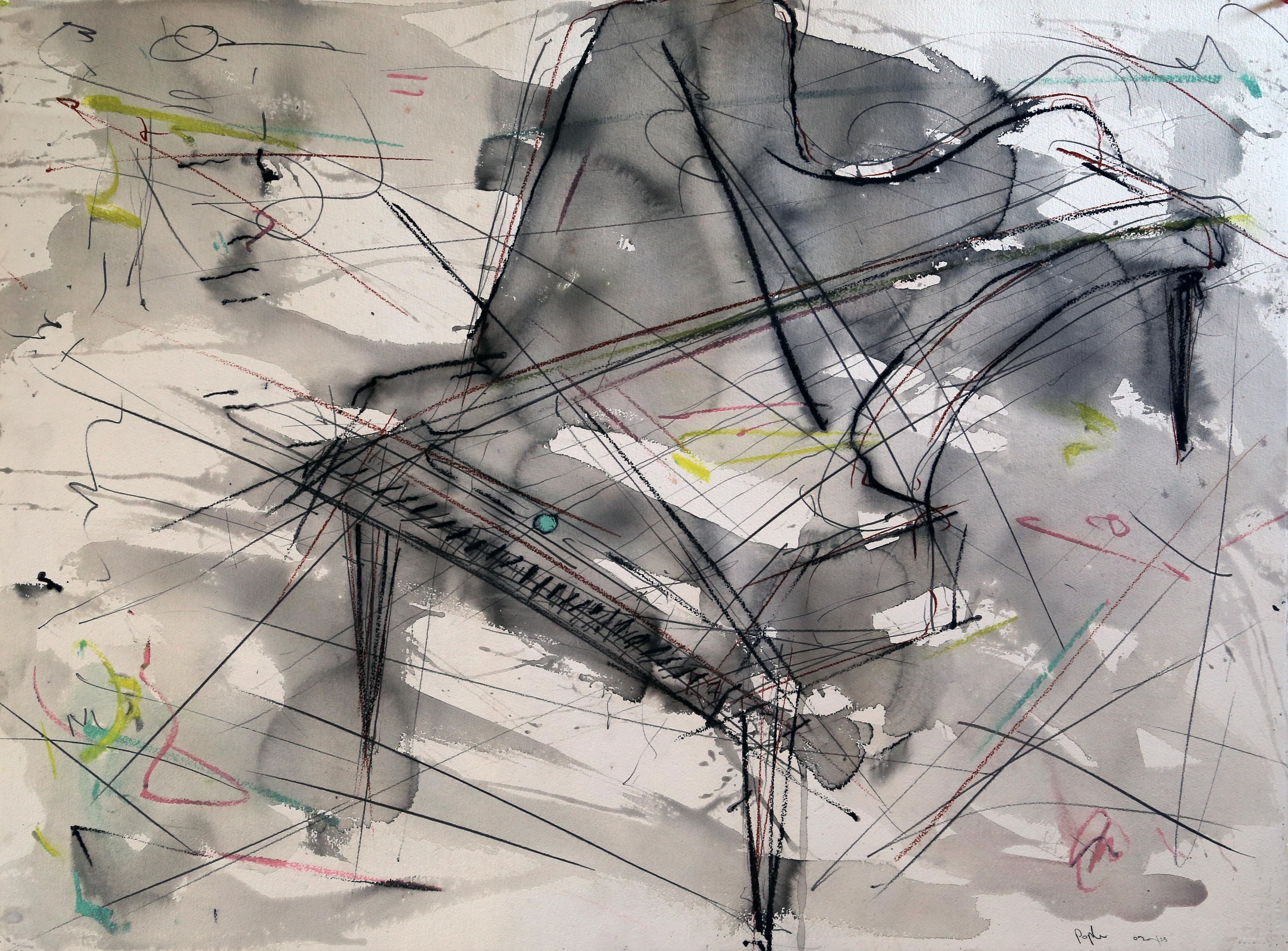 This suite of photo based work is from my ongoing series of animals in interiors.I photographed the rooms of the Art Gallery of NSW and worked with Warren Macris at High Res Digital to combine the animal images. The images were then worked with watercolour. 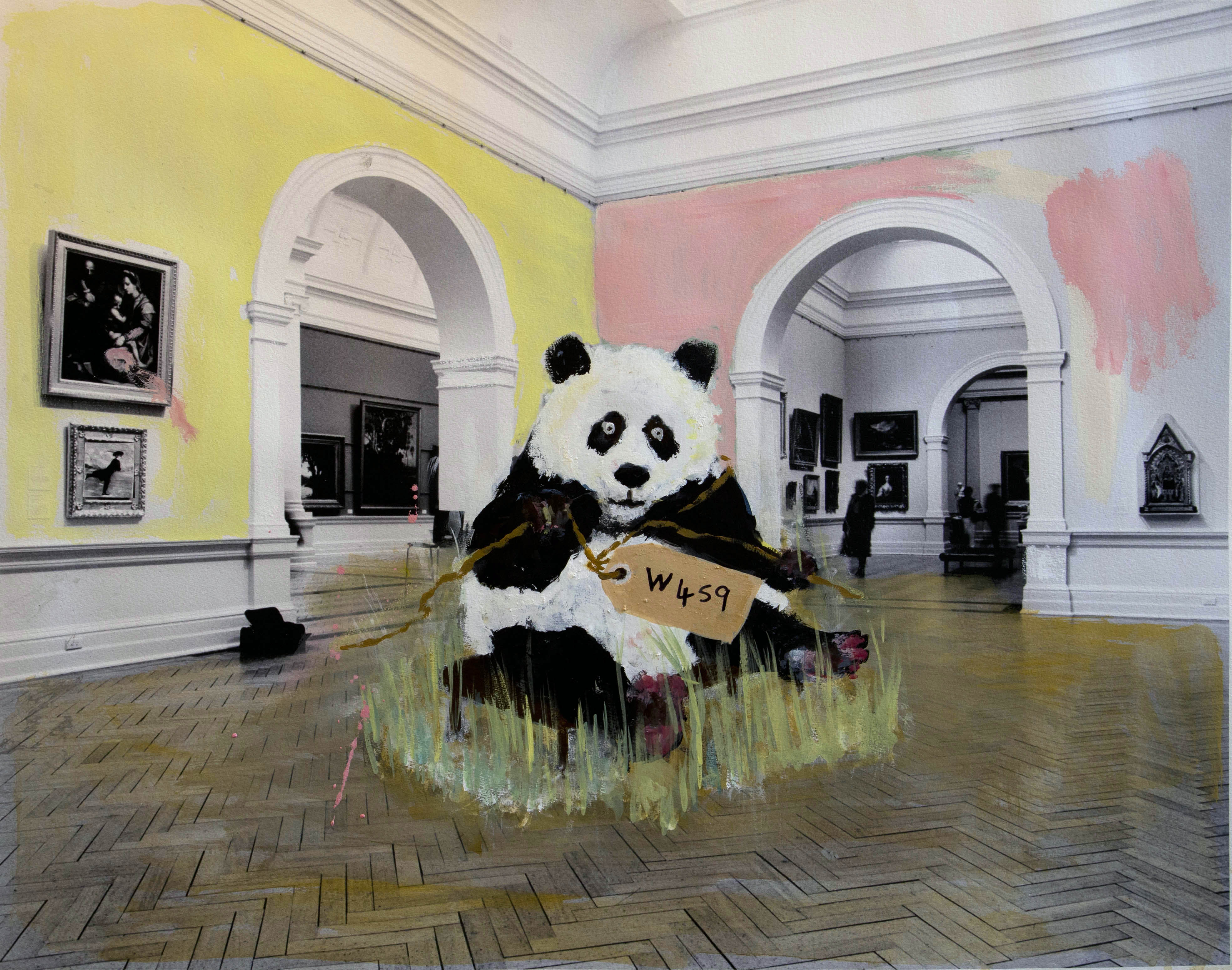 This series of small watercolours were conceived and developed on a trip to Port Arthur in 2012 after I had won the Glover prize with a landscape of Port Arthur. I wanted to expand on that painting. I had a hotel by the boundary of Port Arthur and at night I would walk around the grounds of the old prison to absorb the atmosphere. The watercolours were painted over 10 days in my hotel room and were the backbone for, or studies for larger paintings. I personally love these small works as they are so immediate and free. 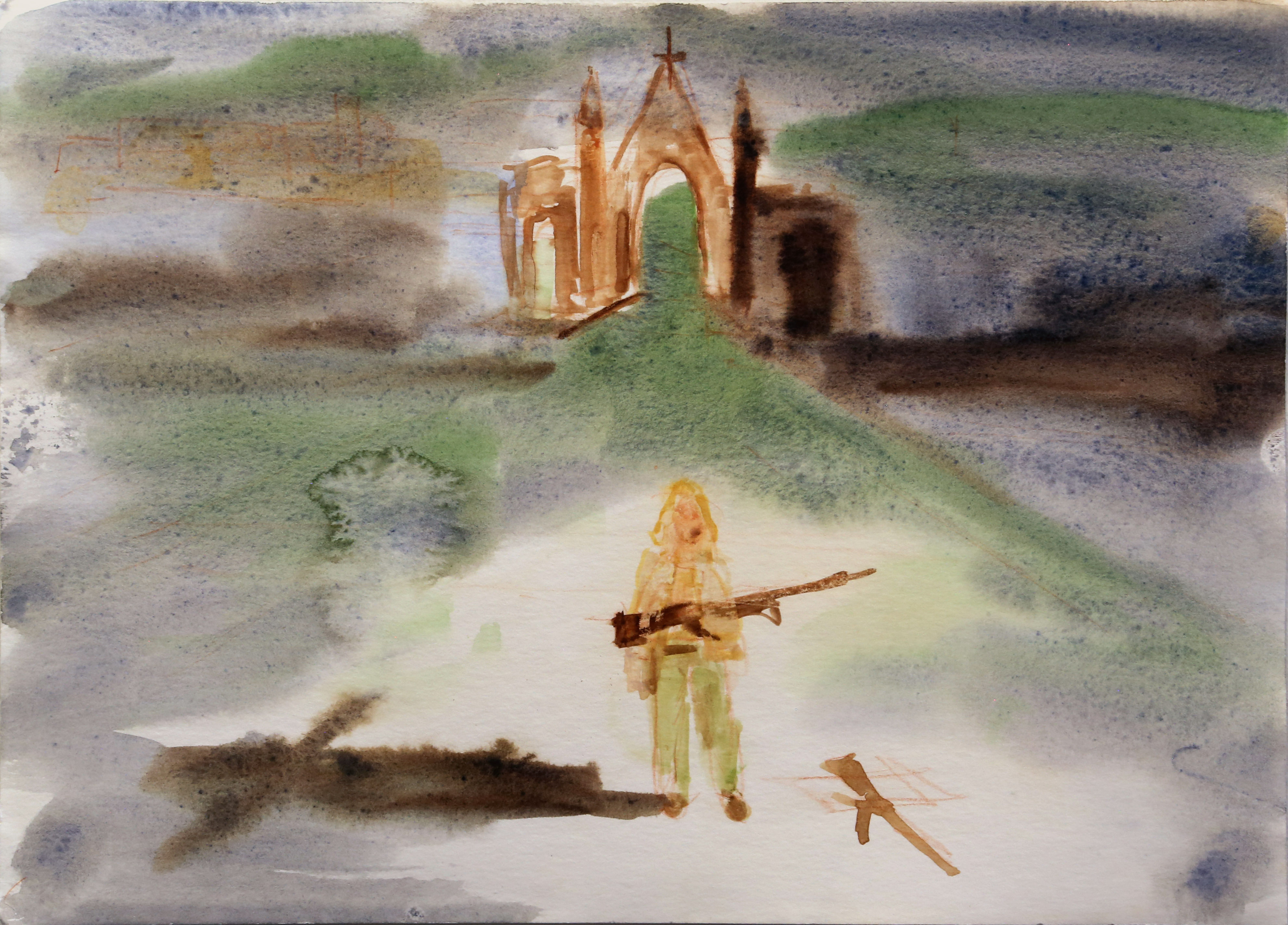 Rodney Pople is an interdisciplinary artist that works across various mediums such as painting, photography and sculpture. He completed a Diploma of Fine Arts majoring in Photography from the Tasmanian School of Art in 1974 and later studied sculpture at the Slade School of Art in London in 1978 and the New York Studio School in 1979. Pople has exhibited regularly in Australia for over 30 years and has held international solo exhibitions in Berlin and Shanghai. He is a multi-award winning artist who received the 2016 Paddington Art Prize, the 2012 Glover Prize, 2014 Fishers Ghost Prize, 2009 NSW Parliament Art Prize and 2008 Sulman Prize. He was recently a finalist in the Gallipoli Art Prize, the Muswellbrook Art Prize and the Glover Prize in 2020, as well as the 65th Blake Prize and the Mosman Art Prize in 2018, and has been selected for the Archibald and Wynne Prize over 12 times since 2000. Pople’s work has been included in group exhibitions at the Art Gallery of New South Wales, Sydney and in 2014 his photo-based paintings were held at the Australian Centre of Contemporary Art, Melbourne as part of a major solo exhibition. His work is in the collection of the National Gallery of Australia, Canberra; the National Gallery of Victoria, Melbourne; the Queensland Art Gallery, Brisbane; Artbank, Sydney; Art Gallery of New South Wales, Sydney; and several regional and university galleries.