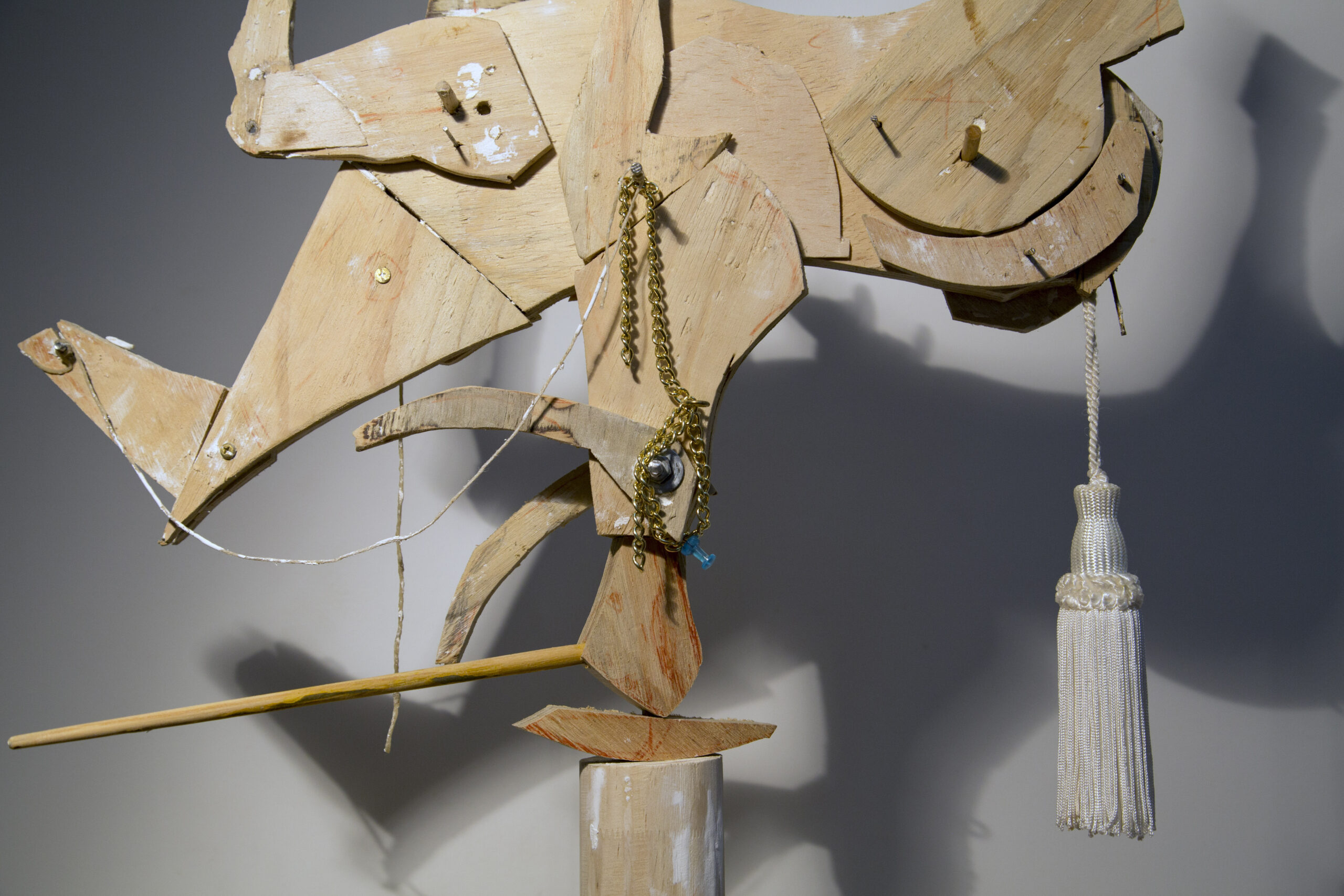 Congratulations to Rodney Pople for being selected as a finalist in the Woollahra Small Sculpture Prize’s 20th anniversary exhibition for his work Horse and figure with pom pom.

The Woollahra Small Sculpture Prize, presented by Woollahra Council is pleased to announce 56 emerging and established artists as finalists for the 20th annual Prize and exhibition. The 2020 finalist works, by artists from Australia, New Zealand, United Kingdom and Italy, will be presented for the first time in the Woollahra Council’s new purpose-built gallery space, as its inaugural exhibition opening in early 2021. The 56 finalist artist sculptures – each measuring up to 80cm in any dimension – were selected from a record 844 entries by a judging panel comprised of Director Curatorial and Digital, Museum of Contemporary Art Australia Dr Lara Strongman, Art Historian/Curator and Industrial Archaeologist Joanna Capon OAM and celebrated artist and fashion designer Jenny Kee AO.

The exhibition will be on view, free to the public, in early 2021 in the new gallery space, Woollahra Gallery at Redleaf. To mark the 20th anniversary there will be an increased total prize pool of $29,000 across four categories. The Prize categories are the main Acquisitive award of $25,000; a Special Commendation award of $2,000; the Viewers’ Choice award of $1,000; and the Mayors Award of $1,000.

Each year the winning work is acquired by Council and forms part of the permanent public collection which is on display all year round for the community to enjoy for free. Visitors can discover some of the world’s most exciting contemporary sculptures and often be introduced to the most innovative artists working in the medium.

To view the finalists in this year’s prize, click here.

“This year’s selection of small sculptures represents a snapshot of the great diversity of art practice in Australia today. From glorious kitsch to conceptual rigour, by way of politics and humour, the Award is a showcase for the creativity of Australian artists—both established and emerging.”

“I was impressed by the quality and diverse themes of the entries in a number of different media which embraced a variety of references including the pandemic, ecology, hope and humour.” 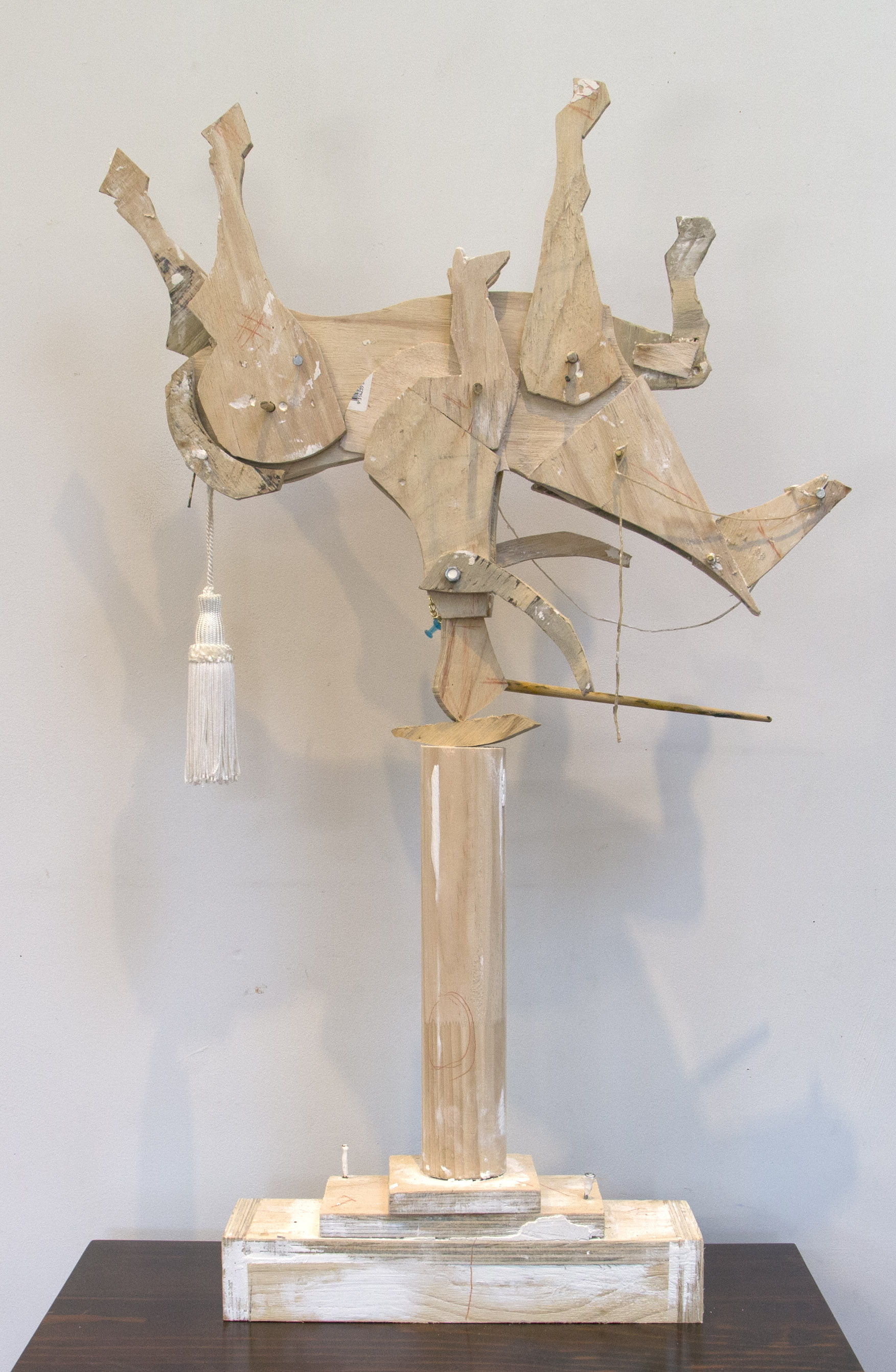 “This work echoes my earlier painting and sculpture that featured figures precariously balanced or upside down. Inverting a figure – whether human, creature or in this case both – invites new perspectives by throwing established readings off kilter. In this work, the status quo is literally turned on its head.

We are living in a topsy-turvy world, through a year of immense social and political change. The sculpture responds to society’s current re-thinking of the world and our relationship with it, past and future, with a deliberately raw sense of immediacy that suggests old structures being usurped.

The protagonists are emblematic, the standing or mounted male figure being ubiquitous in civic spaces across the western world. When turned upside down, the decorative accoutrements of the horse’s carefully groomed tail and rider’s shiny ornament become superfluous in this new reality, left hanging in space.

The work can be interpreted politically as a comment on current shifts in world power, or perhaps on global cultural debates around the fate of colonial statues as people around the world call for recognition and equality. In the end, however, the viewer will bring their own meaning to it: the aim is not to preach but to provoke.”

Rodney Pople is an interdisciplinary artist that works across various mediums such as painting, photography and sculpture. He completed a Diploma of Fine Arts majoring in Photography from the Tasmanian School of Art in 1974 and later studied sculpture at the Slade School of Art in London in 1978 and the New York Studio School in 1979. Pople has exhibited regularly in Australia for over 30 years and has held international solo exhibitions in Berlin and Shanghai. He is a multi-award winning artist who received the 2016 Paddington Art Prize, the 2012 Glover Prize, 2014 Fishers Ghost Prize, 2009 NSW Parliament Art Prize and 2008 Sulman Prize. He was recently a finalist in the Gallipoli Art Prize, the Muswellbrook Art Prize and the Glover Prize in 2020, as well as the 65th Blake Prize and the Mosman Art Prize in 2018, and has been selected for the Archibald and Wynne Prize over 12 times since 2000. Pople’s work has been included in group exhibitions at the Art Gallery of New South Wales, Sydney and in 2014 his photo-based paintings were held at the Australian Centre of Contemporary Art, Melbourne as part of a major solo exhibition. His work is in the collection of the National Gallery of Australia, Canberra; the National Gallery of Victoria, Melbourne; the Queensland Art Gallery, Brisbane; Artbank, Sydney; Art Gallery of New South Wales, Sydney; and several regional and university galleries and internationally by MOMA, New York.

To view available works by Rodney Pople, visit our stockroom.