William Robinson & Greg Weight – ‘Between the Moon and the Stars’, MAGNT 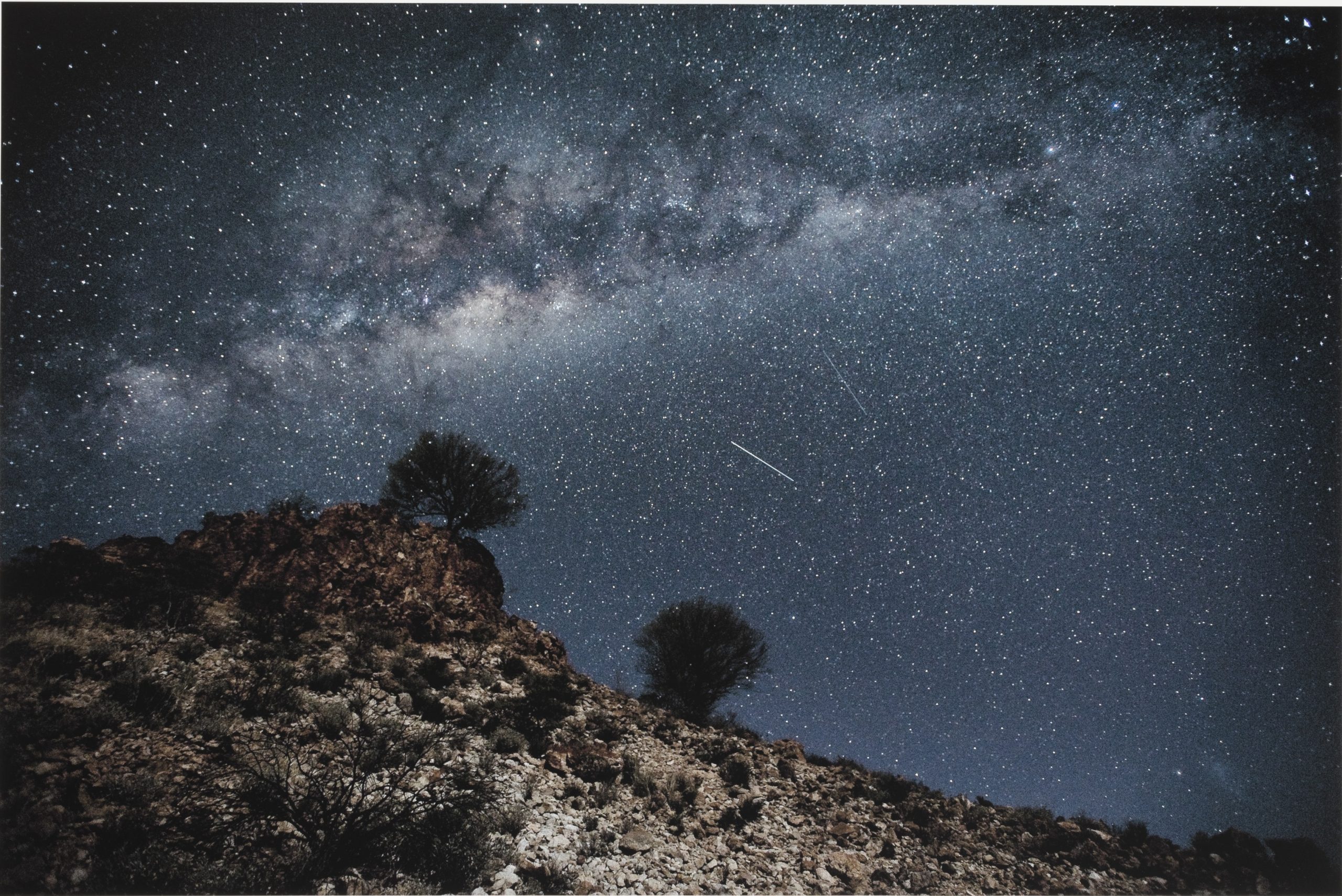 Between the Moon and the Stars

The Museum and Art Gallery of the Northern Territory Between the Moon and the Stars exhibition brings together science and art to reveal the influence of the stars, the Moon and its phases, on human cultures and animal life. The exhibition marks the 50th anniversary of the first lunar landing by NASA’s Apollo 11 and features the work of William Robinson and Greg Weight.

The connection with life on Earth and the Solar System has defined our existence from ancient cultures to the present day. Travellers and famous navigators such as Captain Cook, Magellan and Aboriginal and Torres Strait Islanders looked to celestial navigation to guide them across land and sea to create history.

Between the Moon and the Stars is an intriguing showcase exploring how the Moon and its phases continue to impact on animal and human life. The exhibition includes ancient Aboriginal astronomical knowledge, dreaming stories and the history of stargazing in Australia.

Master photographer Greg Weight draws inspiration from the dazzling night skies of Central Australia and our connections to the natural world.

“Alice Springs is like the hub of a big wheel, with roads like spokes heading off in all directions. Any one of those roads extends to places that existed long before time began. The shutter is open and the camera is adjusted to hold focus on a nearby hill or tree and the Milky Way. During an exposure of less than thirty seconds there is enough time for any amount of stellar activity. A shooting star, a meteorite or a satellite carves its path, in a flash of a split second, through the earth’s outer layer of atmosphere. Every shooting star or meteorite hits me like a jolt of consciousness, connecting where I stand to the vast unknown.

Under the Milky Way in the cool chill of a winter night a million stars are scattered like dust as far as the eye can see into the deep indigo backdrop of space. A half moon sits low on the western horizon and like a giant studio reflector it bounces a glow of soft light onto the landscape in front of me. In these circumstances there is a strong sense of connection with the universe, or to infinity. These works are about that connection.” 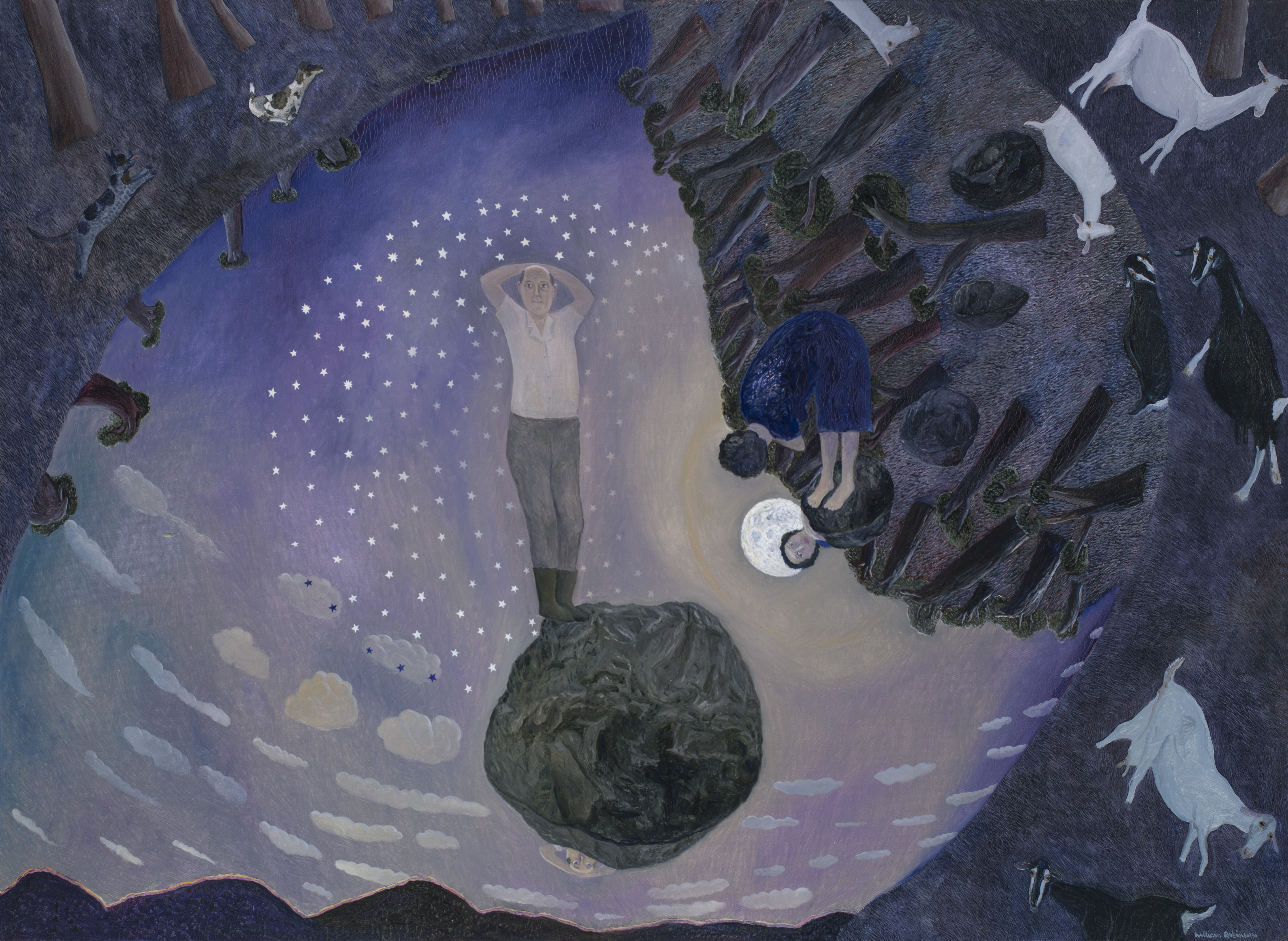 ‘As Gerard Vaughan has pointed out William Robinson is especially well known for his expansive, multi-viewpoint complex envisioning of the natural world, inspired by experiences within particular landscapes. He revealed his thinking in an interview: “Living in the country, everything moves – the seasons, the clouds, nothing is set. There are things behind you, all around you and you are in it. Everything is constantly moving…”

These words are at the heart of his revolutionary approach to painting the Australian landscape, about a world in continual flux. As is also his sense of the sublime, of an awe-inspiring presence within the natural world.

William Robinson has numerous awards and honours. The Archibald twice, the Wynne twice, an Order of Australia and rare for any artist a gallery specifically dedicated to honouring his life and work, The William Robinson Gallery at QUT. There is much more that can be said about William Robinson and all of it is in praise and delight and gratitude. His appeal is universal.’